The Most Valuable Commodity 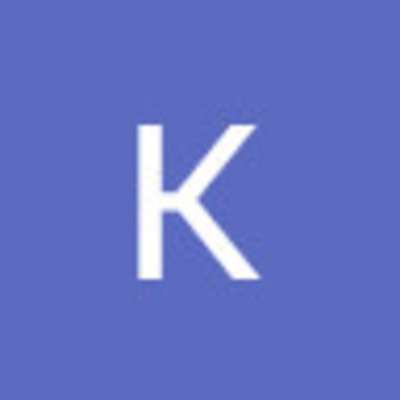 “Sell.” Sheila accentuated her monosyllabic advice by pointing her right index finger directly at Fontenot. “Robotic AI technology is evolving rapidly, and your algorithms won’t be state of the art much longer.” It was advice Fontenot could not take lightly, for in addition to being his friend from college and wife of his sister, Sheila was also one of the shrewdest financial analysts in the Valley.

But she was neither an inventor nor an industrialist, and Fontenot wasn’t about to accept the limitations of her vision. “My algorithms are proprietary,” he explained, “and nobody else is even a year away from replicating my work. This is why Cendex and Saint Morris have been bidding against each other. Every time I’ve said no, they’ve found another couple billion lying around.” His watch chimed with a message from his assistant. “And now Jameson’s ready with the latest offer from Cendex. Care to join me?”

Sheila sank into the chair across from Fontenot’s mahogany desk. “I’ll just observe, thanks.”

Fontenot tapped twice on the left side of his desk, which illuminated with icons. The green icon for the Appear app vibrated silently at the bottom right, and when Fontenot tapped the icon the seated holographic image of Jameson Alcott, CEO of Cendex, appeared next to Sheila’s seat. Jameson’s bald head contrasted sharply with Fontenot’s flowing brown mane.

“Jamie, Jamie.” Knowing how much Jameson disliked that nickname only increased Fontenot’s delight in using it. “What have you for me today?”

“Only a repetition of our offer from last week,” Jameson replied in his typically stentorian drawl. “Name your price and we will increase it by ten percent.” In the chair next to the holographic image, Sheila raised her hands and stared at Fontenot.

“Jamie, how many times must I remind you how poor a sport you’re being about this. You’re my friend, but so are the good people at Saint Morris. It wouldn’t be fair to exclude them so abruptly.”

“When was the last offer they made to you?”

“There’s a reason why it’s been so long since Saint Morris’ last offer,” Jameson said, his face betraying no emotion. “It’s the same reason their next offer will certainly be their last.”

“And that would be?”

Jameson smiled. “That would be confidential, of course.” He resumed his stoic gaze. “I can’t guarantee our offer will be extended past 5 PM today, Fontenot. Our line is always open to you.” Jameson’s hologram then disappeared.

“I don’t think I can help you any further,” Sheila said as soon as the communication terminated. She picked up her briefcase from the floor as she stood. “Hiding your preference for Cendex as your buyer was wise, but their losing patience with your using Saint Morris’ competitive bid as leverage. They don’t believe you’re interested in selling to them any more than you do.”

“Saint Morris would be a disaster,” Fontenot admitted. “They have the capital, but their corporate management would choke the life out of my engineers. For all their faults, the people at Cendex are smart enough to know when they need to get the hell out of my way.”

“So sell,” Sheila said, stepping forward and placing her hands on the desk in front of Fontenot. “You’ve done all you can with your resources. There’s no value in waiting any longer.”

Fontenot did not move from his seat. “No value, perhaps. But certainly much entertainment.”

His schedule clear for the rest of the afternoon, Fontenot left his office and took the elevator down to the basement. The robotics laboratory was its typical beehive of activity, hydraulic tools whirring and soldering guns hissing as Fontenot’s team assembled the latest additions to the firm’s growing fleet of androids. Fontenot maneuvered through the workbenches, the technicians waving politely to him as he passed, until he found his chief engineer. Hastings was adjusting the circuitry within the abdomen of their prototype Mak-4 unit, whose artificial eyes gazed lifelessly out into the lab.

“Where are we with the itching protocol?” Fontenot asked.

Hastings set his probe on a nearby table. “Like I keep telling you, it’s a programming issue. We’ve made all the mechanical adjustments required to make the random scratches and adjustments look natural, but there’s nothing we can do to integrate those actions into the standard operating procedures.”

“So whenever they scratch an itch, they still look like they’re following a script?”

Hastings shook his head. “I’m gonna say this again, how I don’t know why you’re so eager for this innovation. It’s functionality that’s driving the market. People don’t care if robots look and act like humans; they just want them to do stuff. And let’s face it, we don’t have the processing resources required for such granular adjustments to the operating procedures.”

Fontenot pursed his lips, then pointed at the Mak-4. “Turn it on.”

“You wouldn’t be working on this android unless it was completely functional,” Fontenot declared. “Let me speak with it.”

Frowning, Hastings reached into the inanimate machine and held his hand over a plate located in the area resembling a human chest. After the lifeless eyes illuminated with an orange glow, the balding engineer quickly recited a series of numbers, causing the limbs of the Mak-4 to begin moving with an energy that replicated the flow of life.

The Mak-4 looked around, blinking as it saw Hastings. When it saw Fontenot, the unit paused and said, “Good afternoon, Dr. Aleci,” its lips moving in perfect synchronization with its mechanical voice.

“Have you been assigned a name?” Fontenot asked.

“Donald, access my personal data,” Fontenot commanded. After the Mak-4 acknowledged his request, Fontenot asked, “Read my schedule for this evening.”

“You have a 7 PM dinner reservation with your wife at Snuzzi’s,” the android replied. “Should you announce your sister’s pregnancy to your wife this evening?”

Fontenot pretended to look surprised. “Why would I do that?”

“Your granting me access to your personal data allows me to view your communication logs, which includes the conversation with your sister yesterday after her OBGYN appointment confirmed her fetus’ health. Your sister told you she was now confident enough to announce her pregnancy more broadly.”

“I see.” Fontenot rubbed his chin. “Donald, access revenue data for the thirty largest AI and robotics firms in the United States over the past year. How is the industry doing?”

The pause before Donald’s response was as brief as one of his simulated breaths. “Twenty-four of the 30 companies reported declining revenue last quarter. The six that reported increasing revenue were among those suffering the heaviest losses the previous two quarters. Market analysts are indicating the market for synthetic life forms has been consistently underperforming expectations for nearly three years.”

“Huh.” Fontenot looked at Hastings. “It sounds like consumers have little enthusiasm for the technology we’ve been developing. What could be the cause of that?”

“You’re not the first to program androids with intuition,” Hastings said.

Fontenot reached up to Donald the Mak-4, placing his hands on the unit’s cheeks. “Today’s consumers were raised during the pandemics of the 20s. They may have learned to function in isolation, but the experience emaciated their souls. Companionship is the most valuable commodity, and the more we can get Donald and his kin to behave like the friends everybody was forbidden to visit in that cold decade, the more successful we’ll be.”

“Do you even read the operations reports?” Hastings sounded beyond exasperated. “Our processing resources –“

“Are about to be substantially enhanced.” Fontenot released his hold on the Mak-4 unit. “Donald, you may shut down now.” The light in the android’s eyes disappeared, and it was instantly motionless.

Dinner that evening was one of the better meals Fontenot remembered. And to his relief, his wife did not respond to hearing she would be an aunt by asking when she would be a mother.

On the drive into his office the following morning, Fontenot received a call from his assistant. He issued verbal commands to end the call and send a text reply that he was ten minutes out; to his surprise, the assistant immediately called again.

“You have a visitor,” the assistant said. Fontenot thought he heard fear in his voice. “I think you need… to take this.”

“You need to take this appointment.”

After parking and ignoring his personal policy never to run from his car, Fontenot arrived at his office to see his assistant standing outside the door. “I thought it best not to let anyone else see this appointment.”

“For Christ’s sake, can you just tell me who the hell you’ve let in my office?”

The assistant bit his lower lip, then opened the door and stepped aside. As soon as Fontenot walked in, he stopped short.

The android standing next to his desk was a metallic skeleton, wires in place of blood vessels, hydraulics instead of ligaments. It wore a single article of clothing, a polo shirt with the corporate emblem of Saint Morris on the left breast.

Good morning, its mechanical voice said. I’ve come to inform you that Saint Morris has officially withdrawn its offer for your company.

Fontenot regained his composure. “When you return to your programmers, tell them I’m impressed. I hadn’t thought they had created a fully ambulatory android yet. And do remind them that if we find any evidence of my proprietary algorithms in your programming, we’ll sue for breach of our confidentiality agreement.”

There's no need for threats, the android replied. Saint Morris has developed its own AI systems which can withstand any legal scrutiny.

“You do realize that the androids we’re producing today are three, four generations more advanced than you? Nothing personal, of course.”

I take no offense, Fontenot. Saint Morris has always admired your work, which is why we worked so hard to acquire you. But when it became clear you had no real interest in selling to us, we began pursuing an alternative strategy, one which we accomplished overnight. We’ve purchased Cendex.

“That’s not possible,” Fontenot objected. “Any sale of the company would have to be approved by their stockholders.”

Saint Morris began purchasing Cendex stock by proxy when it became clear you would eventually sell to them. If Cendex had completed its purchase, your technology would have become unstoppable in the industry. We had to be sure that didn’t happen.

Jameson’s warnings from the day before now made sense to Fontenot. “So let me get this straight. Your bloated company, now overextended after your Cendex purchase, is planning to defeat me with inferior technology?”

You are broke, Fontenot, and no other company has the resources currently to bail you out. Saint Morris has the capital to withstand the current slump in the AI industry. We don’t intend to defeat you, but outlast you. And we don’t expect that will take long.

There was too much new information for Fonteno to process. “Get out,” he commanded. “Now.”

The android complied without acknowledging Fontenot. He went over to his desk and double-tapped its surface, then opened the Appear icon. “Sheila. We need to find a new buyer. And this time, I’ll listen to you if you advise me to sell.”