The cat watches Tobias warily as petals fall to the floor. The cat wants to play but has been plucked himself once too often. Tempted beyond resistance, he pounces on a petal, catching it on one claw and rolling on his back trying to bite at it.

Mark Hartnock almost trips over the cat as he enters the office, wearing his lucky blue tie. The cat hisses and sinks his claws into Mark's lucky odd socks, drawing blood from his ankles underneath. Mark kicks out but the cat has done this so many times he has learned to get out of the way quickly. Jumping onto the desk then dashing across the room with a quick scratch at Tobias' face on the way, he scoots underneath the table in the hallway outside, which has a half vase of flowers on it.

Mark winces but bravely carries on his duty of urging Tobias towards making a decision.

“I think you should stop plucking petals and come to the bar for a meeting.” he says.

Tobias is wiping at the blood on his face. “Yes that's a good idea, we can have a medicinal brandy. That bloody cat needs shooting.”

The cat pricks up its ears. It knows it is being talked about.

“We can write that into the rules.” suggests Mark. “An exception to the rule of six can be if an organised group is shooting wildlife for sport. Then a hundred people if you like can get together and shoot all the cats they want.”

The cat wrinkles its nose and plots. As Tobias and Mark leave the office to go to the bar, the cat springs into action in front of them, yowling, and sinking its claws into both their shins, sliding down and ripping their trousers into shreds, then as they hop around in agony, it runs off again.

The cat reaches the bar well before Tobias and Mark do. It lies in wait behind a velvet curtain, ears attentive. As they enter and buy drinks, it sneaks towards them and then as they seat themselves it steps daintily to crouch underneath their table by their feet.

Mark dashes the flower from his hands, exclaiming “Not that bloody mantra again. Come on man snap out of it, the nation is depending on us. We have to decide what to tell them.”

The barman is listening as attentively as the cat is.

“Well obviously we need to keep the schools open, otherwise nobody has childcare. Everybody should be at work if possible. Of course they can carry on working at home but if they do then all the sandwich bars and coffee shops have no custom, so how about we just tell them to mask up and be alert, keep distance, all that stuff, and bung out safety certificates to businesses on request so that will reassure the workers that the workplace has passed legal standards for their wellbeing. That will help keep the economy open.”

Mark has a characteristic look of optimism on his face as he listens to this idea.

“Sounds good, let's do it. And don't forget about the shooting rule.”

“Fancy a round of golf?”

Mark grins as he responds “Let's do that too. I'll get on the old dog and bone and round up a few mates. It'll be good exercise and all that fresh air and sunshine will give us all a boost too. I know! Let's subsidise all the golf courses so people can play half price. That'll be popular.”

The cat follows them out to the golf course.

Tobias takes his dog around the course with him. The round goes well and Tobias is pleased that the exercise will help him lose weight. The dog doesn't help him cheat, much. He winks inside his head at this thought.

The dog and cat both chase the ball. Every time the dog retrieves it from a bunker and drops it into the hole, the cat fishes it out with its paw then dribbles it away trying to hide it. But it can only do so much even though it is really good at hissing and clawing the dog away. Tobias eventually shows up each time, and the cat has to hide in the long grass next to the green, until the next shot when he again sneaks along to watch then run for the ball all over again.

Outside the nineteenth hole, the two animals squabble while the players refresh themselves. For three hours.

Inside the nineteenth hole, the players joke about how great the country is, and how much their shares in testing companies are increasing.

The barmaid looks on incredulously. She is going to do something about this lot. They don't deserve the air they are breathing, and she is on a zero hours contract on minimum wage and has had no income for six months earlier this year.

It gets to closing time and everyone leaves. The government men have a press conference to give. The barmaid uses her mobile to post on Facebook.

At the press conference, Tobias and Mark stand five feet apart at their podiums. Tobias makes a speech, brushing back his eccentrically styled blond hair and then Mark tries to take questions. The media are bristling like a swarm of cockroaches and it is very noisy, so Mark cannot understand any of the questions and just makes up sentences that include any facts that he can remember that he thinks make the government look good.

The crowd are not as convinced as they are expected to be and the bristling gets noisier and more agitated. Other people are turning up and there is also a gang of cats and a pack of dogs at hand.

The public and the press are not as gullible as the government had assumed, and neither are the animals. Even a herd of cows is appearing now, mooing loudly.

Tobias and Mark look more than a little concerned at what they see happening.

Tobias steps back up to his microphone. “Um, um, there is good news - the bars are open, for anyone to have table service so long as they order a substantial meal. Even a scotch egg counts. So please go and enjoy yourselves. Also, you can play golf half price, and the clubs won't lose a penny, in fact, it will boost the economy as we are investing £200 million to keep them open and it will keep people in work so that they have food on the table for their families. And you can organise a shooting party to make up for all the Christmas parties that you can't have. Why not take along a picnic with turkey sandwiches and mince pies. Buy the biggest turkey and share, that way all the farmers won't lose out on livestock um deadstock that they can't sell.”

The crowd are not appeased. They want more than this. What they want is safety first leading to true freedom.

Tobias cleverly senses the mood as the crowd produce guns, knives, brooms, shovels and anything else that they have been able to grab at short notice.

He turns to the black door behind him, as does Mark. But before they can reach it, the two policemen pull out their truncheons, bashing them both on the head and knocking them to the floor. Kicking the two, they then urge the crowd to do their thing. The cats and dogs join in, tearing at the prone men, ripping and biting.

The crowd are ecstatic. They stream into the building, trampling the bodies to pulp.

The headlines the next day say COUP.

And a year later people have begun to safely recover from the indecisiveness of the previous government and govern themselves more efficiently than has happened any time ever before.

Power to the people. 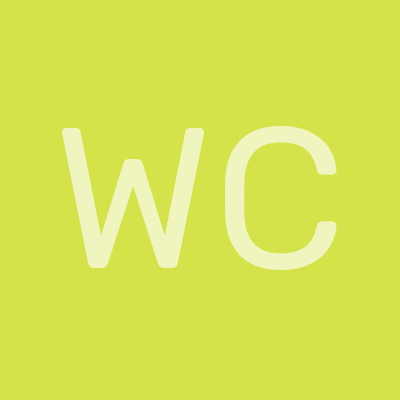 Hey! I was asked to look at this for Critique Circle, and I just wanna say, wow! This was really a creative idea!! It was actually very interesting to read and I like how you incorporated animals into it too. Idk what you could rly improve on, except I was just a little bit confused as to what exactly was going on in the first starting, but it did start to make more sense toward the end tho. Good job!