“I feel bare. I didn't realize I wore my secrets as armour until they were gone and now everyone sees me as I really am.”

I've worked so hard to keep it hidden—days after days of constant stress and headaches. Constant worries and being so skittish. I had avoided hanging out with them, my friends,  just in case they caught on, just in case I was a bit too obvious. Yet somehow, they still found out.

I don't know how or when it happened, but they began to look at me differently, looked at me like they knew. I didn't think they knew. I thought they were just acting weird, maybe a bit on edge from all the changes happening these days. But no, they knew my biggest secret. They confronted me in the hall after AP bio.

“Is it true?” I stood there, silent, shell-shocked.

What was I supposed to say? The truth? I couldn’t. It was horrible and awkward, and they looked so judgemental. The worst part was, I didn’t stay. I didn’t even reply; I didn’t want to see their reaction. I did run, though,  so I’m pretty sure they already knew the answer to their question.

Why would I run if I was going to say no? I ran and ran and ran some more. I didn’t stop running until I got home. This can’t be happening, I thought. There’s no way they could’ve found out. I was so discreet! Or, well, so I thought.

That night, both my phone and laptop blew up with calls, messages and notifications. People I didn’t even know were asking if it was true. Some of them even accused me of more wild things, things I never and will never do. It was their fault. My friends, I mean. If it weren’t for them, the secret wouldn’t have gotten out.

It was bad enough they knew, and now they were spreading it around the whole school? It’s like no one in this town has any shame. I rechecked my phone and saw that it was all over Facebook, Twitter, Instagram, even people’s Snapchat stories. I started to hyperventilate. I remember thinking, please God, don’t let this be a panic attack. That’s the last thing I need right now, more pressure. And yet, I found myself stepping backward until my shoulders hit the wall, and I slid to the floor. I don’t know why I was panicking so much.

My breathing became shallow, and my chest tightened. How had this day gone so wrong? I looked down to see my hands shaking. I wasn’t even cold. This world seemed to slow around me, and all I could think was, oh my god, they know. I didn’t realize I was crying until much later when my breathing began to slow down, and I felt the tears running down my cheeks. I reached up to wipe them away.

It was hot in my room, suffocating me, choking me even. The problem was that it was the middle of winter, and I was wearing a nightgown, so there wasn’t a reason for me to be hot. I had no concept of time, but I knew that it wasn’t dark out when I first got home, so I knew that more than a little time had passed. I checked the clock on my nightstand. Three hours? I’d never been so out of it for that long.

It was quiet, too quiet. I don’t know what I expected, though. Sirens? Footsteps? The creak of a door? No one came looking for me, and no one cared, so why did I expect someone to walk through the door and tell me everything was going to be okay? I craved comfort. I yearned for someone to block out the rest of the world for me, to distract me, especially right now. I knew that wasn’t going to happen, though. I had to deal with it myself. I picked myself up off the floor and brushed invisible dust from my clothes. I took a deep breath and decided it was time to face the music.

With none of my dignity left to spare, I turned my phone on and took it off ‘do not disturb.’ A flood of notifications came rolling in—one after the other, all asking the same question. The only thing is, do I deny it? Or do I embrace the truth and say, ‘fuck it, I don’t care what you all think.’

I contemplated backing out, retreating, and ignoring it all. I seriously considered running away because, not gonna lie, Bali sounded like a way better place to be at the moment. I sighed. Who was I kidding? Running away from my problems is not going to fix them.

I had to cut it out with the whining and the self-pity. Nothing would get fixed if I just sat around and prayed for people to forget all day. I took action. By action, I mean, I addressed the situation by posting on Twitter.

“Hi, everyone. Um, I just wanted to clear some things up. There’s been screenshots and rumors going around, and I just wanted to let you guys know that it’s true. Yeah, I’m gay. And what about it? Honestly, if you’re mad, I do not care. Actually, I couldn’t care less. So yeah, that’s all, have a nice night, I guess.’’

And I posted it. Immediately after it went through, I got a slur of comments, some good, some bad.

` That’s a lie. There were more bad than good, but what can you expect from my small homophobic Georgia hometown. There are people out there who gain satisfaction from others’ pain and demise. It’s quite sad to imagine that the only way you could feel good about yourself was by making someone else feel horrible about themselves.

I would feel bad for those people, but I honestly don’t have the energy for sympathy. Besides, it’s not like they deserve it anyway. I guess I really can’t trust my so-called ‘best friends.’

They outed me, and not even by accident either. I guess they couldn’t handle being ignored, or maybe they wanted to get payback for something petty that happened in seventh grade. Either way, I hate them. I’ll get better friends eventually if I feel like it.

I’ve spent so long dodging questions and avoiding people to seem less suspicious. I thought the less we talked, the less of a chance they’d find out. If anything, it was the opposite. The only thing my actions did was raise suspicion, which is the exact thing I did not want to happen.

In the end, I realize that maybe avoiding people and acting suspiciously probably isn’t the best way to avoid conflict. Maybe. I will say one thing though: don’t ever be ashamed of who you are. It’s not you who needs to change, it’s the people around you. 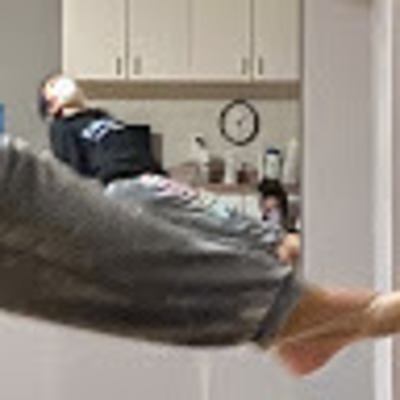 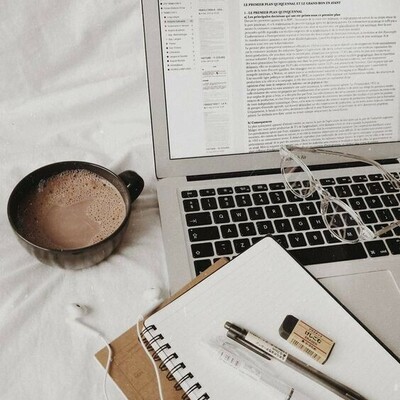 Im a thirteen year old 8th grader from New Jersey under the pen-name Jesse! This is my first submission, and although its not one of my best works, I have hope.