“Derek, get down here now!” The front door slammed shut and the sudden skid of car tires drained the trees around of wildlife.

The Centen family were heading to the airport for a wedding in Brazil. Derek was 12 but he had never been out of his home town in England. Derek looked down at his necklace. He remembered his grandfather giving him it and saying “keep this around your neck and you and your family will live forever, but never take it off or great dangers will occur.” He had dreamed of being a spy so he wondered if he could train by looking out the back window. There was a small black Jeep behind him and it had a man who was wearing a balaclava and sunglasses. As Derek kept staring out he started to drift off and soon was out stone cold, lying on a backpack resting against the leather seat next to him. An hour later his mother said “sweetie, we’re almost here” Derek slowly rose and faced the back window. The necklace hooked around the head rest and it broke falling onto the car seat. As this happened Derek felt something strange. The black Jeep had gone but there was another car, it was a chunky Audi and Derek swore that the driver was the same. He had a balaclava and sunglasses. As Derek looked forwards he looked up into the middle mirror and saw that both his parents had their eyes shut. There was a contraption on the driver’s seat that looked like it was steering the car and pressing on the accelerator. He looked back again and the Audi was gone. Derek was in shock but had the realisation that the necklace had come off because it was digging into his trousers. He picked it up and slid it into his top pocket.

“Smash” the right window caved in and shattered while in one piece. The sudden jerk made Derek leap out of his seat. The car must have malfunctioned because the doors swung open and Derek was shoved out by the heavy backpack whamming into him. The bleeding boy rolled across the highway and down a hill into some trees. It took a few minutes for him to gain consciousness, and as he stood up he saw the Audi roll slowly down the hill. “He won’t get me in the woods! All I need to do is focus the energy into my legs to lug me past the first line of trees.” There was no sign of the car once he made it past but he had an urge to keep going as if something was calling to him. It was around 2 hours later when Derek came to a metal gate. There was no way through and there was barbed wire above it. He looked left and right but he just saw that the gate kept going. He remembered from a book he’d read that If you put your coat or shirt on the barbed wire you can jump over it. All Derek had was a jumper and a t-shirt. He slowly regretfully pulled the jumper off as a sliver of ice cold wind went in to the opening of his shirt freezing the little hairs on his shirt. What Derek didn’t realise was that the barbed wire was years old and had a crisp layer of rust making it as hard as diamond. As Derek climbed he chucked the sweater over the wire and started to roll over. The wind was weaving through the fence and Derek thought he was going to get pushed off. ‘Rip’ the sweater was starting to get punctured and a spike went into Derek's thigh.

“Aaaaaooooaaahhh!” ‘Thump’ Derek got back up and looked into the darkness. A small thumping of footsteps came from all around and then a little creaky voice said “mine, mine, mine, mine, mine, mine, mine, mine, mine, mine, Mine, MIne, MINe, MINE, MINE!, MINE!” A pain started going through Derek's body as if a shank was cutting him on the inside. The figure of the driver was walking up to him slowly emerging from the darkness. Derek couldn’t see the man’s face but suspected that it was the man from the car. A sudden creak of the man’s voice startled Derek and he tripped up on a slippery stick. Derek felt himself sink into the mud, the cold gooey slime started pouring over his hands and legs pinning him down. As the mud overflowed and drowned Derek, the mysterious man said, “someone’s going to die tonight.” Derek was able to peak through a small slit in the mud and saw that the man was taking his sunglasses and balaclava off. It was his grandfather. A whole new at atmosphere was created as derek’s grandfather looked at Derek. Somehow he started talking joyfully. “Hello Derek, do you have the necklace I gave to you years ago?” “Uh..uh..I thought you were dead!” “That’s none of your concern, now be a good boy and give me that necklace.” “I saw your body being put into the coffin.” Fed up, Derek’s grandfather wrenched Derek out of the mud and threw him against a tree. “Oooooww!” Derek wailed. Derek’s grandfather reached into Derek’s shirt searching for the necklace but it wasn’t there. “Where is it? I need it to stay alive!” Derek found an opportunity and slammed his foot into his grandfather’s balls. “Crunch” “eeeeeeekkk!” As his grandfather keeled over clenching his balls and cursing under his breath, Derek started to run and found himself at the entrance of a big amusement park. The park was empty and it was trashed as if a meteor had crashed into it and flew back up to space leaving a hoard of metal and scraps. Derek went to hid because he heard his grandfather again wailing and muttering something like “long live me... long live me... long live me” Derek dove under an old crusty roof.

Everything went silent as soon as He had hidden for cover. Then there was a faint knocking on side of the of and his grandfather’s head popped in from one side giving a shock so great to Derek that he could’ve been electrified by 200,000 wats. Everything went dark except for a glimmer of light shining through a haze that Derek was seeing. He felt his hands and feet tied to a chair. As Derek regained consciousness he saw his grandfather holding a knife and sharpening it with a rock in the other. “Looks like you took the hard path where I had to fully search you for the necklace. Luckily it didn’t fall out while you were running.” Two anonymous spotlights turned on and two other seats were containing bits of flesh and blood. There was brain and liver smeared all over the cold stone floor. “Do you know who those two sashimied bodies belong to?” “Um... no?” “YOUR PARENTS!...HAHAHAHAHAHA!” “What?..You little...pineapple!”Derek’s grandfather stepped forwards and gripped the knife. Derek couldn’t see his grandfather but he knew that he was close. A pain started going through Derek’s body as if a shank was cutting him on the inside...but this time it was on the outside...and this time it was for real. 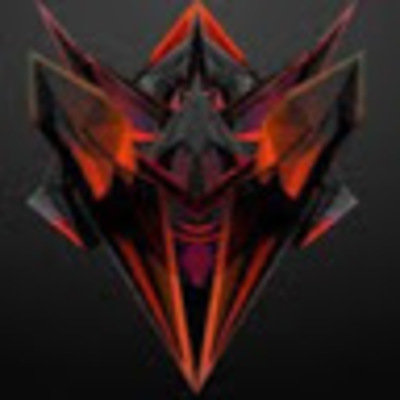 Do you love it or love it