The locals bustled past her by the dozen, as she slowly went through the rack of clothes.

Maeve had been saving all year for the Sidewalk-Sale, and at last it was here.

There were so many lovely things on sale, but she was looking for something specific, and there it was. The soft red top she had been searching for. She had seen it in the shop recently at a ridiculously high price which she refused to pay, but now it was seventy percent off!

Even at seventy percent off it was still very dear, but this was what she had saved for.

Maeve paid for her purchase happily and headed home, as she bustled her way through the crowds.

The next week Maeve and her husband were invited to a dinner at a very expensive Restaurant.

Maeve was ecstatic, she couldn’t take the smile off her face. “The women will all be so envious!”

The dinner was delicious, the company lovely, and everyone gasped at the stylish top she had on, because they knew how much it was worth.

“Goodness George, you must have a lot of money to throw around!”

“What do you mean?” George answered.

“Well, that top Maeve has on is worth $400! If she can afford that you must be doing well! But I noticed she isn’t wearing her rings tonight, why is that George? Has she lost them, or maybe she sold them! Ha ha! Sorry, that’s a joke George!”

George gave her a “mind your own business” look, and walked away.

He had noticed Maeve wasn’t wearing her rings, and it made him wonder why too.

Now he wanted to know where she got the money to buy that top, and why she would pay that much for it!!

He trusted Maeve, and he was sure she had a very good reason, so he made sure they both enjoyed the night and he said nothing about the rings or the top.

The next day as they sat eating breakfast, George remarked on the lovely top Maeve had worn to the dinner.

“Everyone said how lovely you looked last night. Is that a new top you had on?”

“Yes. I got it for seventy percent off at the side-walk sales on Friday! Isn’t it just gorgeous! I think Marjory is very envious, she kept looking at me all night! I have been saving all year just for this sale.

George was happy, he knew there was a good reason, and seventy percent off sounded very good!

A little later just before Marjory left to go down the street he remarked about the rings.

“You aren’t wearing your rings, I noticed you weren’t wearing them at the dinner either. Have you lost them? You can tell me, they’re insured.”

“Goodness no George! I haven’t lost them! I sent them away to be professionally cleaned, as they were looking a little dull. Unfortunately it takes a few weeks, so they weren’t back in time to wear to the dinner!

They should be back any day now, and I’ll go and pick them up.”

George smiled. He knew there would be a good reason.

Maeve went downtown to do a bit of shopping and called into the bank to get some cash out and check her balance.

When she walked into the bank there were several people who were old acquaintances, so she smiled and said hello.

“Hello Mrs Smith, how is your husband getting over his fall?”

Mrs Smith put her nose in the air and walked away, without answering.

“Good morning Mr Baker, did you and your wife enjoy your cruise?”

Mr Baker said. “Shame on you, after all George has done for you, you treat him like that!” Then he quickly walked out the door.

Maeve stood there shocked. She had no idea what he was talking about.

She noticed the bank had gone very quiet, and everyone was staring at her, not just staring but actually sneering!

She got her money out without saying much to the teller, and left the bank.

As she walked out the door, a middle-age woman walking past yelled at her.

“Shame on you, how could you do that to your husband, such a nice man!”

“What are you talking about!” She yelled back. But the woman had kept walking.

Maeve’s head was spinning, she had no idea what was happening, but she needed to keep going.

Maeve headed for the supermarket, as she needed several things she was getting low on.

The supermarket seemed even chillier than usual. Everybody was giving her nasty looks or sneering at her.

“What the hell is going on?” She thought to herself.

As she bent to look at some bananas someone accidentally brushed past her, almost knocking her over. When she looked up the woman glared at her.

She went about her shopping trying to ignore everyone, so she could leave the store as quickly as possible.

The woman at the checkout literally threw her things into a bag without saying a word, and continued as if she wasn’t there. “Next please!”

This was getting out of hand, she had to get to the bottom of it.

Maeve drove home, her head in a blur.

She got inside, dropped her shopping and collapsed in a chair.

“You okay Maeve?” Her husband asked.

“I’m glad you’re home, I’ve been getting all these weird messages on the phone, telling me what a terrible person you are, and how sorry they are for what you have done! Have you done anything terrible Maeve?”

“No, of course not! I have been getting the same treatment all over town! I have no idea what is going on!”

George stopped and thought for a moment, then remembered what Marjory had said at the dinner.

“I have a hunch who may have started all this, and why.” George said.

“Terry, hi mate, do you have any idea why people are saying they are sorry for me?”

“Well you should know George, Marjory told me how that terrible wife of your’s sold her wedding and engagement rings, just so she could buy an expensive top, to show all the other women up!”

“What!” Terry that’s not true! Maeve has sent her rings to the jewellers to be cleaned, and that top was seventy percent off at the side-walk sales!”

There was no answer on the phone. “Are you still there Terry?”

“Yes I’m still here. I have a terrible feeling there has been a miscarriage of justice. My wife was the one who started this, rumour, so I think I need to have a good talk to her. Tell Maeve I am so sorry, I hope she can forgive me. Talk to you later George.”

“Well that solves the puzzle, Marjory started the rumour that you sold your rings, and it has spread all over town. How do we let everyone know it isn’t true?”

“The only way I can think is to put a piece in the paper, and maybe an announcement over the local radio station.” Maeve suggested.

“What a horrible person, how could she do such a thing, she is supposed to be my friend? I know who I won’t be inviting to our get-togethers anymore!”

“No, don’t do that Maeve, that makes you as bad as her. Invite her to everything, even gush about what a lovely friend she is. Her own guilt will be enough punishment for her, and I’m sure when nobody is around she will offer an apology.” Marjory didn’t show her face again for several months. The locals apologised to Maeve after reading the piece in the paper and all was back to normal. Marjory did eventually apologise. “Maeve can you ever forgive me, I was just so envious of you, but I never expected the rumour to go so far!” Marjory gushed.

Luckily for Marjory nobody else knew who started the rumour.

“Of course I forgive you, you’re my best friend, we all make mistakes!”

Maeve and Marjory stayed friends for many more years, and often have a laugh about the “terrible woman” incident. 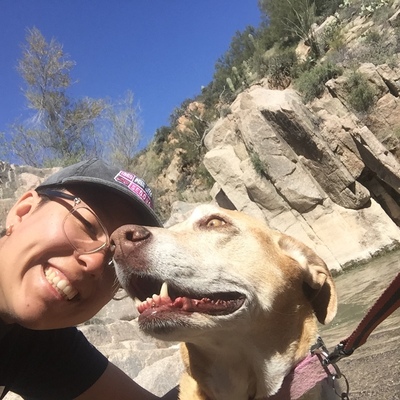 Hey Patricia! I enjoyed your story; it almost gave me The Truman Show vibes, especially when everybody was being mean to Maeve at the supermarket. What time period is this set in?

Thank you. I believe it would be set in 2018, before the pandemic took over everything. The side-walk sales are just now beginning to start up again, and the check-out girls are now packing our bags again.