How He Lost It All

"You have 24 hours or the bomb goes off and everyone dies.", is the last thing Jacqueline said before Ash gripped the phone tightly and threw it at the wall. 'That motherf*cker, making me choose between my families.' Ash thought, tears slipping down his eyes. He knew what would happen if he didn't do anything. Still, how could he choose between his mother and his gang? They were all his family. His friends, who helped him when he had no place to stay. His mom, who never once abandoned him through poverty and stress. Even without all this...it was a question of morals. If he saved his mom, he would be condemning 15 people to an early death. Otherwise, he would be killing the only family he had left.

Jess came behind him and patted his back. She had been listening. She knew how hard of a decision it was. Jacqueline had pulled this a thousand times before. Why hadn't they stopped her? That's because Jacqueline was the sole daughter of one of the most revered lieutenants in the U.S. If they ever tried something...let's say it wouldn't end well. "I won't make you choose. No one here will." Jess said, trying her best to comfort him. His eyes were red, lips and face swelled. He couldn't lose another person he cared for. Not one more. Ash had lost his little sister to skin cancer one month ago. He couldn't even be there for her... The day she was taken to the hospital, Ash had taken a mission. With the money from it, he could finally buy the medicine. Ash was too late. When he got there, her skin was pale as paper, her face contorted in pain, and her lungs struggled to breathe. The moment Ash saw this, everyone could see as the flame in his soul extinguished. There was no way to describe the pain he felt. He was going to have to go through that all again.

He harshly got up and ran to the bar downstairs. Some tried to stop him, but he wouldn't give in. He drank like there was no tomorrow. He needed to drown all the feelings. He despised himself for not being able to do anything. For not being able to save his sister. It wasn't his fault. Everyone knew this, but when someone is as big a self-critic as Ash, they'll always think it was their mistake. He was thinking about his sister when one of his friends' parents approached him. "What are you doing down here, Ash?" It was Claude's father. Just looking at him reminded Ash that Claude's life was in his hands. His best friend's life depended on him. This warned him of the reality that he wouldn't ever be able to look at his friends' parents in the eyes again if he didn't choose them. Still, he had promised his sister to look out for their mother. The war within himself could be seen through his whole demeanor. How his hand had a nervous twitch to it, how he couldn't put on the mask of a smile he always had on. The 'weakness' he tried to hide was breaking into the cracks and letting Ash's true self show. He wasn't the radiant star everyone thought him to be, no. He was broken. The worst part was that he was the one to shatter himself. Without his sister and now without his friends to support him everything had gotten worse. He was lost, torn, and tired. He had been sleep-deprived since his sister died. Now it was taking its toll as he passed out.

In his dream, he was remembering the events that had led to the present situation. Starting with:

Mira comes in breathing as if her longs were gonna fall off. Her face stricken with fear as she says, "Ash, some of us got killed." His eyebrows raise in surprise at the news because, while they were a gang, it was unusual for people to die. "Who did it?" Ash quickly demands. "Jaqueline." Now he was enraged. Jaqueline knew what killing other gangs' members means. They were going to war! 'If she thinks she can mess with us, then she better think twice 'cause we are going to obliterate her. It's time to get payback!

And switching up to the morning before 'the call.':

They were all ready. Some were staying at HQ to provide backup if need and the others were at the garage waiting. Determination filled everyone's eyes as they waited for Jaqueline. The ruthless coward never showed up, though. She instead decided to do what every little piece of sh*t does and hide behind hostages.

As the dream went on his started to gain conscience and see that he could do this! That he did have a choice

While he was waking up, he had decided. He was going to choose BOTH! Nothing could stop him now. He wasn't gonna let Jaqueline kill the people he loved. As he got ready to make a plan..." Beep. Beep. Beep." the timer activated. His face was hit with realization. That's when he heard it. The smoke spread throughout the city. He saw the gray soot surround every piece of air around him.

His knees buckled down as he dropped to the floor. You could see his tears as they bloomed from his broken, dark brown eyes and fell like rain on a winter morning. The thunderstorm inside had reached a level he couldn't take anymore. He screamed. He yelled and cried. Trying to let out all those pent up emotions. He had lost everything, but what he wanted to lose the most. Shakily, he grabbed the dagger at his side, and with one last movement...ended his suffering...leaving everything behind.

This is Ashe's story. The story of a kid who, with his indecision, made it so he would lose it all and all would lose him. He could have done a thousand things differently, but like in every story, the characters are the ones to choose their path. 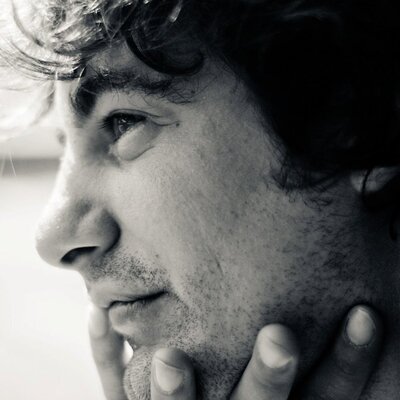 Hello Black Raven (love the name) I like how clearly you set up the stakes and conflict from the start. It helps the reader to get invested right off the bat. The flow of the story also works very well. You clearly know how to write. I find the character and his interactions realistic and relatable but not so much the situation he is in. It seems a bit too big for this specific character somehow. Maybe there's something I missed in the set up. I would rather see him struggle with a more grounded conflict. I think this character and his ...