her life or yours in a movie

It is brutally true that he forgot today was her birthday. So she's standing in the rain in a broken heel and she's searching for someone who'll ask her why she won't call him. The alleyway is dark and smells of rotten food but she doesn't care. Her hands tremble. She smiles quietly like a tired clown and then begins to sing. She still can't believe he's forgotten again.

The time is seven in the evening. Mary ann is half-drunk and exhausted. She pulls away from the darkness and heads home. The rain keeps pounding on her head, soaking through her clothes. She panics when a car loses control and hits a streetlight. Since it's quiet, she doesn't laugh. Thunder rumbles through the sky and when she looks up, she can see a black and white end. Like a movie on a cold night.

She wants to help the driver who's still in his car. She thinks he can't climb out and he might die but she can't walk. She stands there, her hands in her skirt. Because the world is a big, sad place. The driver pulls open his door and she sees his head and bites her lips at the blood in his hair.

"Help me, please," he begs. His voice is throaty like he's been smoking. "I can barely see."

She follows his voice, the way a blind person would. His voice is sweet like dew in the morning and she wants to bury herself in his smoky eyes. She helps to pull him up and shoulders him away from the crash. He is breathing too hard.

"You have been drinking, sir," she says.

"I have," he nods his head against her shoulder and she smells cheap wine.

She knows their smells because she has been drinking for too long. She can hear her boyfriend in the beat of her heart and she can picture his tanned cheeks.

Mary ann wakes up in the morning with a headache. Her window is open but there's no sunlight. She gets up from the bed and pinches her nose. She is aware of the red lines and dried tears. She is aware of a lot of things. Her phone has been ringing. It's her boyfriend calling for the fifth time but her birthday is over and another Saturday is rolling beside her heart.

She takes the call, her back against the wall. She's naked and cold and weak. Her skin is pale like moonlight. She dips her finger into her belly button and groans.

"What do you want?" she asks, her eyes opened.

"What do you want?" She asks again. And this time, her eyes are closed.

Mary ann dresses up in skirts and stays up in the bathroom to run her hand through her hair. It's thick and brown and tangled. She takes up scissors and cuts into it. She is laughing at the falling mass of tangled hair because she knows how his mouth will open to form a gigantic O. She knows Evans and she is prepared to face him.

When at last, she goes outside to her unsteady cats, she is bald and happy. Her cats pull away when she reaches out to them. She hasn't named them yet because she doesn't know them. But they come by so often that she calls them friends. They can't remember who is she or why they are with her. She smiles at her reflection on the glass windows. When she turns around to meet her two cats, they are gone. And she is allergic to dogs.

Evans comes around ten. She opens the door for him but lingers by it in case her friends wandered in. His eyes follow her hands and her head. She is different.

"You cut your hair?" he asks, looking into her eyes.

"I'm sorry, Mary. I was working all through the night. You know how much I love you, right?"

She listens to his words as though she is listening to her mother. He reminds her of her mother in a white dress, telling her that life was like a grapefruit.

"It's beautiful and sour." Her mother used to say. "That's life for us."

He wraps his hands around her yet she feels cold. He kisses her lips with as much passion as he can muster yet she feels empty. They embrace, hands touching hands, and she listens to his heartbeat.

"Why do you love me with hate in your eyes?"

He pulls away from her reach. Like her cats. He looks at his hands. He is shaking. He understands and he doesn't.

Mary ann goes into the living room and drops her weight onto a couch. Passenger begins to play, the soft tunes pledging both sadness and happiness in her heart.

Evans sits opposite her. He is still looking down at his hands, still quiet.

"I stood in the rain yesterday, laughing because you'd forgotten again. And then there was an accident and I called an ambulance. But in all that time, I thought about you and your eyes. And your hands, Evans."

"So answer me, please. How can you love someone and hate them at the same time?"

Evans looks hungry. He has tanned hands and skin so flawless but there are bags around his eyes. His lips are trembling from fear. He opens his mouth and shuts it and then opens it. Somehow he looks like a madman in the rain, with no idea of the end or the beginning. He is calm. He is sitting cross-legged from her and people who sit like that are always calm.

"Have you been drinking, Mary?"

It's the question, not his furrowed brow, that makes her roll her eyes. She is watching the dizzy sunlight as it comes through her windows. The sunlight is tiny, like naked children and it feels so cold when it touches her skin.

"You haven't answered the question."

He gets up on his feet. Two feet hitting the soft carpet. Passenger is still playing in the background and the sunlight is thick against the blue walls. He's joked before, that she'd chose a color so like the ones in offices with mean bosses. She's told him before, that she loved how it resembled the sea.

"It's calm," she told him. That was way back when the sun still knew how to scare away fireflies.

"Let's just go out. It's beautiful out there. We will dance and laugh and be happy."

"You haven't answered the question."

He is breathing heavily. She thinks he's carrying a load, some sort of secret. She wants in, to understand the white lines and why she fancies strangers with blood in their hair. Her romance is blurry, with the lines all broken down.

"Is that an answer?"

"What else do you want?"

"To know how you can kiss me and still keep secrets."

"Why don't I know where you work?"

"We've talked about this, Mary."

Mary tiptoes into the kitchen. She opens the fridge and takes out a half-eaten pie. Setting it on the table, she hums along to a song she can't remember the artist. Life is a blur. She pours milk into a dirty glass and gulps it down. He is standing where she's left him. Mary kneels on the floor and presses her hands down her thighs. Her fingers are black from paint and dirt but she doesn't care.

She picks up a wedding invitation by the side of the kitchen sink. It's wet and torn but the words shine bright. Two days ago was her best friend's wedding but she'd been home. Had she forgotten? She rips the paper apart, throwing them out to dance with the wind. She wants to call her friend but she doesn't want to say sorry.

Mary ann gets up on her feet and yawns. Evans is still standing there, hands in his pockets.

"I want to be alone," she whispers, cleaning her lips.

"Forgive me," he tells her.

She doesn't know what she's forgiving him for and she doesn't have the time to. So she turns away.

"All my life I've wanted freedom. My work is private, Mary. You know that I love you so much."

"Are you so afraid of making a decision?"

"I don't want to make the wrong one."

"I don't want a relationship that's so secretive, Evans."

He is quiet. It is tragic.

"What's with your past? What's the scar by your stomach? Why do you hide to take calls? Why haven't I seen your parents?"

He looks up at her wandering eyes and fragile hands. Then, he lowers his eyes and almost wants to say a poem.

He picks up his coat and sighs. "I love you so much, please."

She watches him drive away and then she reduces the volume of Passenger because he leaves her cold.

I loved the way you connected and weaved the entire story so beautifully with the prompt! Great job! :)

I thought 'great minds think alike' was a stupid saying, but I guess it's not. I'm writing one now that's so similar to this. Anyways, it's fabulous. I like the short sentences because it resembles and song and I thought that's what this is. It's so beautiful and you combined three prompts into it. I'm wondering how you do it but I can only blame it on you. :) Great job. 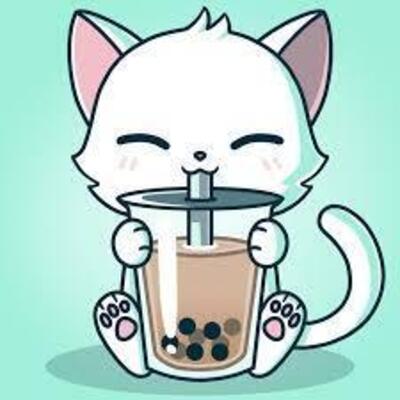 Would you mind checking out my latest story "Clover Catastrophe"? Thanks!

Nice story....enjoyed reading this one even though it was a bit emotional. And I think you need to capitalize the Ann here: Mary ann goes into the living room and drops her weight onto a couch. Just that. Otherwise, beautiful story Abigail!

This was beautiful. I could understand the little words you began with and the last line fit perfectly. You have a thing with last lines. Their always so beautiful. It's so amazing how this story is just so perfect. Possibly one of my favorites I've read all year. Great job, again. 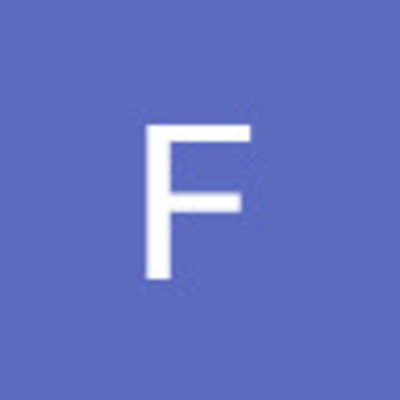 An interesting story. You feel her emotion. Is it correct to say she drops her weight? To calitalise the Ann and maybe hyphenate. Well done.

Very sad, but beautiful I have the same questions about Evans! The lyricism of the words, and a the way things are described makes me feel happy. I love this story.

Hi Abigail! This is another unique story! Would you mind reading my latest story, "Broken Heart"? Thank you!

Threeee things to say! 1. OOOOOH AMAZING STORY!! 2. Congrats on 1000 followers :D 3. Just wanted to let you know you profile pic literally made me stand up on my fluffy pink swivel- chair and look at it upside down. I’m random. Lol. Oki bye now!