The Birth of The Assassins

The body of Prince Reid had fallen prey to Erret’s blade, and his soul had been reaped. The very first kill for the two ever since Queen Elena dubbed them as her personal assassins —the doer of her bad deeds, those who shall be feared. Well, in fact, it could probably be said as the first kill of one of them only. Erret’s. The pale guy with dark brown hair whose body was currently trembling. The girl at his side gaped, her green eyes looked horror-struck. She slowly shifted her gaze from the dead body to Erret.

“Don’t.” One firm word was enough to shut her up.

Ellie had been attacked by a case of dilemma all day long. After the day before her Queen had told them to assassinate two royalties, she had not cease thinking about her morality. Yet, the moment Erret’s blade entered Prince Reid’s body and his sister ran away, she directly understood the burden she’s carrying. It wasn’t her kill, but it’s enough to show her that the moment she’d vowed to serve the Queen, she’s tied to this fate.

“We— we must clean up,” Erret finally spoke.

That snapped Ellie out of her thoughts. She realized that it wasn’t time to dwell on that. After all, the kill had been Erret’s, and she knew that her partner must’ve been shattered inside. He was the same age as her, and he had taken the initiative to accomplish this task because he knew she couldn’t bear it. Erret had taken the blow for her.

“Will probably think that we’re bandits. We’re dressed for that and the Queen has made sure that we look like it.”

Erret didn’t look like he wanted to talk about it further and Ellie understood. He was in the trance of despair. He had done this so she didn’t have to. He had told her that it’d be okay, he had assured her. And yet, he’s in agony.

I’m sorry, I should be braver. I should have helped you carry this burden. I shouldn’t have let you do this alone. I’m sorry.

The trip back to the palace was tense. Erret barely spoke a single word, and so did Ellie. She had been so frightened the day before, she had been so scared when she heard what the Queen had decreed. However, she had nothing. She believed she shouldn’t wallow when she’s supposed to cheer Erret up.

“What do you think the Queen will say?” Erret broke the silence at last.

Ellie dared herself to perk up. “Good job?”

“Definitely not since the princess ran away.”

“More importantly, how do you feel?” Ellie said. Her concerned gaze traveled to his poor figure on top of the horse.

“Terrible, dirty, monstrous,” Erret replied without hesitation. He gripped the rein so tight like it’s his life thread. “I feel like no matter how many times I ask for forgiveness, I will never be cleansed. Hell, I don’t even know why the Queen asked us to kill them and I do it anyway.”

Ellie’s heart clenched at his answer. It’s probably what she would’ve felt if she dared to do her task. “I’m sorry. I should’ve not chicken out.”

Erret shook his head. “No, it’s better that only one of us have to feel it today.”

The moment they arrived at the palace, the guards had taken them to the Queen’s chamber. It was an unpleasant four-minutes walk for Ellie had feared seeing the very face that told them to do this immoral thing. Erret hadn’t felt any better either, as much as Ellie could tell. The tension was still shrouding his entire body, as if it was something that he could never shake off anymore. She hoped that the meeting with the Queen after this wouldn’t crack Erret much more than this.

Little did she know that she was wrong.

When they arrived at the Queen’s chamber, the guards had opened the door for the two assassins. It was grand as always. The elaborate design on the tall door, the wonderful painting of Vertmage’s history on the ceiling, and the sliver of light peeking into the chamber from the huge windows. There on the silver bejeweled throne sat the Vertmage’s Queen.

The two assassins stopped near the dais, brandished their blades to put them in front, and kneeled. Ellie could hear the Queen ordering the guards to stay still before she began her questions.

“Tell me,” she said, her cold gaze pierced into both Erret and Ellie, demanding honesty.

“Your Highness.” It was Erret who’s talking. “As you have decreed, we have dealt with Prince Reid of Oclieya.”

“I asked you to deal with Prince Reid and Princess Reina. How about her, dear Ellie?” she asked. Her tone was merciless and it sent a shiver down Ellie’s skin.

Ellie glanced at Erret and saw that he was also glancing back at her. His eyes were full of terror. It was understandable because both assassins didn’t know what the Queen would do if she knew they had failed fulfilling the task. They knew that she was a cold and powerful ruler, but they had never tested the length of her wrath.

“Ellie?” The silky voice slithered to Ellie’s ears again, coaxing her into telling the truth.

“The princess ran away, Your Highness,” Ellie replied. “We truly apologize for our failure. We— we’ll make sure to not do that anymore.”

The last sentence had taken everything out of Ellie to say it. To not do that anymore. To let go of conscience. To be her ruthless, unshaken assassins. It was seconds of tranquility after she had said that. Only a few footsteps from the guard was heard. The Queen said nothing for a while and Ellie had braved herself to look up a little. What she had seen was a sight that she couldn’t forget.

Apparently within those seconds the Queen had told the guard to bring her a whip. She could still see the speck of blood dotting the coil of whip right there. What’s she going to do with that? Will she whip us?

“Did you even raise your blade, Ellie?” she said.

Ellie felt the churning nausea coming. It was like the Queen knew that she hadn’t broken out of her shell. How did she—

“My eyes see through those blades. I can see which one has been used and which one hasn’t. For someone who’s lived with weapons most of her life, I will know. Now, I want to hear you say it, did you raise your blade?”

The Queen’s silky voice was calm and collected, but it successfully frightened Ellie to no end that she said, “No, Your Highness. No.”

The Queen rose from her throne and descended from her dais. The guards moved like they knew what she’s about to do. For some reason, the guards approached Erret and pinned him to the ground.

She did not smile, she did not smirk. Her entire face was stoic, but Ellie caught the glint in her eyes. Her feet trod closer to Erret and only when Erret looked at her with pleading eyes, she snickered.

She glanced at Ellie and said, “Count.”

The guard stripped Erret’s top, giving a clear view to Erret’s back. No, Ellie thought. Her heart fell when the Queen raised her whip and slammed it down to Erret.

“Count!” She yelled as the whip soared in the air once more and landed on Erret’s bleeding back. Erret jerked at the impact, but he didn’t struggle —it was futile anyway.

“Please… stop,” Ellie whimpered. She was about to lunge toward Erret’s side when another guard caught her and held her back.

“Please, Your Highness! It’s not his fault! Please stop!” Ellie could feel the panic budding inside her. The whip kept falling on Erret’s bloody back. The previously clean slate was marred with the jagged wounds.

She winced as the sound of whip grew louder and louder every time it hit Erret’s skin. She didn’t know if the Queen did it on purpose because she’s begging or something else.

“Count, Ellie. Or do you want me to do this all day? Because I will not be done if you haven’t count,” the Queen said with a smile.

And so, with utmost reluctance, Ellie counted.

If she didn’t, Erret wouldn’t be free from that devil’s grasp.

She must admit that every hit Erret took only watered her growing hatred to the disgusting creature they called Queen.

Ellie promised that she would never forgive her for the torture she’d inflicted on Erret.

I swear I will steal that whip and use it on her someday.

Erret let out a muffled groan. It was a miracle he’s still conscious. Although Ellie could see that his eyelids drooped.

The loudest hit rattled the chamber, and Erret jerked. Ellie was about to fight every guard that held her back and run to Erret's side, but the guards grip on her was tighter. With the number of capable guards in the room, she couldn’t win. Definitely not when Erret’s safety was threatened. Thus, she swallowed that urge and continued counting. The faster this painful conduct was done, the better.

Ellie fixated her glare on one particular person. The perpetrator. The devil who would make their life a living hell. I will kill her. One day. Someday. I will definitely kill her for this. 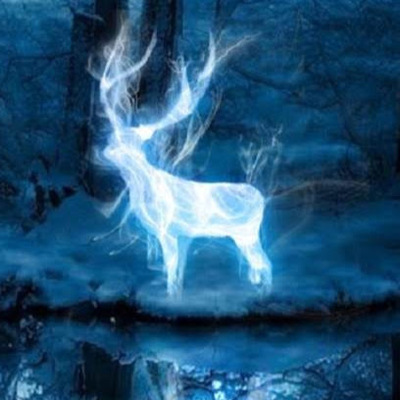