Tessa Mayfair fell for her next door neighbor Zayn Bennet. From the moment she first saw him moving stuff into his new home with his parents, she was hopelessly lost. He was tall and strong, with brown hair and dark blue eyes. She learnt other things about him, as he now attended the same high school, Eastmoore Lake.

They had two classes together: Art and English. He enjoyed basketball and quickly became a most valued player on the school team. He was friendly and outgoing. He owned a cute little dog called Ralph and had a much younger brother Sam, who hero worshiped him.

She recalled that on his first day, he held the door of the Art room open for her. She blushed as she thanked him, trying not to look into his eyes. That would have been dangerous. He sat on the stool to her right. The teacher placed a bowl of fruit on the front table.

"Use any medium you wish, to create your artwork. You have until the end of the lesson to finish it." Zayn chose water colors. Tessa thought carefully, then decided to use charcoal. All the while she was sketching, she couldn't help but be aware of his presence. He made small talk. She gave short answers, still not entirely at ease.

He complimented her on her drawing. "That's very good." She shrugged, glancing at his almost complete painting. "I can do better. I like the brightness of yours." Tessa knew some of the students Zayn hung out with, but none of them well enough to go over to the group and start a conversation. She was too shy to speak up in the vain hope that he might take more notice of her.

Tessa's friends Skye, Amanda and Brooke teased her a lot, but it was all in good fun. They were very supportive and the feeling was mutual. "He doesn't know what he is missing." "Thanks." The two of them exchanged a mere handful of words as the days passed. Nothing to write home about. It still couldn't stop a tiny spark of hope from flickering.

However within a few months, Zayn got himself a girlfriend. Tessa was devastated. She never really knew what his type of girl was, but for now Bonnie Harmon seemed to be it. She was an aspiring dancer, very slim. Reddish gold hair, tanned skin and hazel eyes. Not cruel or stuck up in any way. Most people liked her.

Tessa was in contrast, much shorter and curvy. She was pale, with a mess of frizzy black hair and grey eyes. She once wore glasses, but now used contacts. She tried her best to ignore the couple, but every so often, her eyes would wander of their own accord. She lay in her bed at night, trying to convince herself that she should get over him. It might take a while; she'd fallen pretty damn hard!

Tessa's one sided affection for Zayn eventually faded. She agreed to a blind date at the cinemas. That particular evening had been the start of something new and unexpected. She realized she liked Austin Clement very much indeed. He was a few inches taller than her, well built without being to muscular. He had blonde hair and warm brown eyes.

His thing was track. He ran everywhere. He was also a decent guy, an unfortunate rarity in a modern high school atmosphere. Austin had a crush on Tessa, before they even began dating. So he asked her friend Skye for help, to see if she could set them up. Not all blind dates are successful, but this one definitely was.

The Year 12 Graduation Ball. It was all anyone had been talking about for weeks. On the night of November the 6th, Tessa was in her bedroom, staring at her reflection. Her dress was midnight blue and had fluted sleeves. It sparkled under the lights. Her hair was straightened and held back with diamante` clasps. In her ears were twisted silver hoops. A moon pendant hung around her neck.

She wore grey eye shadow and her lips were painted a deep red. She hated heels and instead opted for flat black shoes. "Hey Tessa, a very attractive young man is waiting here for you." "I'm coming downstairs now." Complete silence as she walked towards her date. Mrs. Mayfair was almost in tears, she was so happy.

"You're stunning. I mean you have always been beautiful to me, but tonight you look all grown up." Mr. Mayfair gave his wife a handkerchief from his pocket. "It had to happen sooner or later. You really do look amazing Tessa."

"Thanks." Her dad put on his best glare. "Austin, you be good to my girl and see that she arrives home safe and sound." "Yes sir." Tessa held her boyfriend's hand as they left her house. "He likes you." "How on earth could you tell?"

Eastmoore Lake was a bit on the small side, as far as most towns went. There was one place where a high school ball could be held; the Alandale Recreation Centre. The theme was a Winter Wonderland and the result was pretty spectacular.

Everything was in varying shades of white. There were traces of glitter and snowflakes. Fake snow covered the pathway leading inside. The tables were set in a large circle, leaving a space in the middle for dancing.

Somebody had to spoil things by spiking the punch. It didn't even taste good but that no longer mattered. More than half the teenagers were already halfway to tipsy. Tessa stuck with plain water. In front of her eyes, she witnessed Brooke's own boyfriend Trey, slip a white pill into her glass. No way that was going to happen!

Before her friend took another sip, Tessa came over and split the drink on purpose. "I'd dump him if I were you, he put some kind of drug in there." Brooke slapped him hard and stalked off. He had the nerve to glare at her, but didn't try anything, seeing as Austin was right by her side.

Her boyfriend ignored Trey and held out his hand for her to take. "Shall we?" The other couples twirled around the dancefloor as he pulled her to him. Tessa laid her head on his shoulder, feeling his heartbeat. She wished that they were all alone, sharing this moment together. But holding him close, amongst their fellow students, was still memorable.

As the next song began, she took a step back. "I should go and find Brooke." "I saw her head outside." Tessa kissed his cheek. He smiled. "Hurry back." "Sure thing." She made her way towards the left side exit of the building, not really caring if anyone got in her way.

It was here that she stumbled across something she thought would never happen, not in a million years; Bonnie was making out with Zayn's friend Jason and it looked like they weren't going to stop any time soon. Tessa tried being stealthy and moved in the opposite direction, but Bonnie stared right at her. She turned away, quickening her pace.

Luckily she did not have to be out there for long. She located Brooke, sitting by the fountain. Her friend wiped furious tears from her face. "I can't believe he would dare to do that to me!" "I certainly hadn't pegged him for a douche." "It's official, I am not dating again until I am at least twenty five years old."

"I wouldn't be surprised if you honor that vow. Once you make up your mind about something, you really stick to it." "Of course. Hey, you seem kind of flustered. What have you been up to? ""Nothing, at least not anything that involves Austin and I." "Tell me more!" "I don't need to remind you that what I am about to say, must remain a secret?" "Cross my heart."

In the morning, there came a knock at her door. No surprise, she knew exactly who it was. Her mother answered. " Hi, I'm Bonnie Harmon. I need to speak with Tessa. May I come in?" "Okay, why don't you head on to the lounge room. I will call for her." Mrs. Mayfair was confused and perhaps a little curious when she saw her daughter's face. "Are you okay?"

"Yeah, I just don't like this girl, even less so after the ball." "I was young once and I think I can figure out what's going on." "I have no doubt of that." Bonnie was obviously eager to keep their chat private. She stood tall, but she couldn't hide the nervous tone in her voice. " I know you saw us. Please believe me, it was a mistake and it wont happen again."

"Do you think Zayn will forgive you?" "I wish I could take it back." "I caught you guys, so maybe I'll say something and you can step in to deal with his reaction." "Jason reckons I should keep quiet. I disagree. I love Zayn. He deserves more than this." "Honesty is what counts here."

Bonnie's tears weren't faked. She cried like her heart was breaking. Perhaps it was. Tessa handed her some tissues. "I really am no good at lying. We couldn't end it any other way. I will speak to him myself." "Wise choice." "You have a thing for Zayn, don't you?"

"Those feelings are long gone. Besides I have Austin." Bonnie managed a smile. "He definitely had stars in his eyes last night." The two girls wouldn't ever become close friends, but Tessa's dislike was lessening, if only a little. Bonnie Harmon was not going to hide the fact that she betrayed her boyfriend, or who she had been with.

A break up was inevitable. Only a fool continues to trust someone who cheated and Zayn was far from that. Although it would hurt, they'd both be better off in the long run. As everybody knows, telling the truth can be painful at times. Yet it is also necessary, for any kind of healthy relationship to endure. Some people, just find it easier than others to do so.

Such a great story Kylie!

I should have commented before but I really absolutely love this story. I love how the beginning was her in love with Zayn her getting over it and then tying it back a the end. So good! 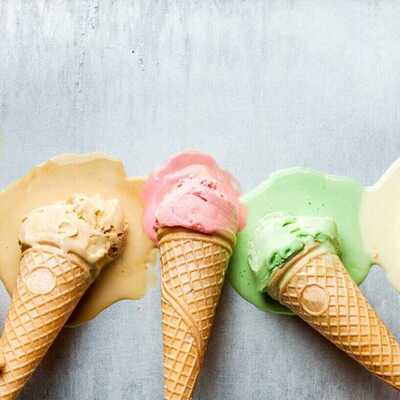 It's a great story overall, but I have some pointers: Separate your dialogue into different paragraphs. It helps differentiate between speakers, and it keeps the quotation marks from stacking up. Practice "showing" instead of "telling." This always confused me, so here's my example: You wrote, " The theme was a Winter Wonderland and the result was pretty spectacular. Everything was in varying shades of white. There were traces of glitter and snowflakes. Fake snow covered the pathway leading inside." I would rewrite ...

I can't change the post but I can tweak a few bits here and there, of my original copy of the story. Thanks for the input.