I lay strapped to a sterile white table, the restraints tight against my torso and arms. The small, white room smells of death and antiseptic. A lone warden stands against the far wall, his silver badge shining beneath the white lights. I can raise my head just enough to peer out the wall of glass windows. Two men walk slowly towards the door; one of them wears white, the other wears black. A doctor and a priest. They enter the room in silence, closing the door softly behind them.

A row of onlookers has begun to gather outside. I recognize every face – my wife and kids, my best friend, my attorney. Why did Mary bring the kids here? This isn’t something they should see. They’re still so young; my daughter just passed the third grade, and my son is starting middle school.

The priest approaches my bedside first, a bible clasped in his withered hands. “Hello, my child,” he says in a soothing voice. “I am here to absolve you of your sins.”

“I haven’t sinned, Father. I shouldn’t be here.” I look up at him in desperation.

His face takes on an expression of pity as he speaks. “My child, we have all sinned. Yet all will be forgiven in the eyes of the Lord.”

I can feel myself filling with rage. I pull and twist against the restraints, but they refuse to loosen. Turning my head towards the priest as much as I can, I spit my words at him in pure hatred.

“I do not fear God’s judgement; God knows I did no wrong! It is man who declared me to be guilty, and who is taking my life from me!”

The priest steps back, making room for the warden to stand beside me. It takes him a great deal of effort to cross the room, heaving his obese frame onwards with each step. By the time he reaches my bedside, two dark stains of sweat have spread out from under both his arms. He leans in, his breath smelling of stale coffee.

“You had your trial, same as everyone else on death row. It’s too late to go back now. Try and make this a bit easier on everyone, huh?”

I look into the warden’s eyes as they stare back into the depths of my soul. I see no compassion, only emptiness and disgust.

His gaze flickers over towards the window, catching their wide-eyed stares. He gives me a brief nod, cracking open the chamber door to speak with a guard outside. I watch as he gently escorts my children away from the windows and leads them down the hall. Mary stays behind, dabbing at the tears streaming down her face. I wish I could talk to her once more.

I hear the doctor’s footsteps from across the room. The IV stand is already nearby. With blue gloved hands, he inserts a needle into the catheter tube.

“Just try to relax.” His voice is cold as ice.

I take in a sharp breath as the needle pierces my skin. The first drug is supposed to knock me out, they said. The next one is to paralyze me. The last one will stop my heart. I watch as the clear liquid makes its slow journey through the tube, inching its way towards my body. The seconds seem to turn into agonizing hours as I wait for my bloodstream to fill with anesthetic.

I shut my eyes against the suddenly harsh lights in the room. The table begins to feel softer; the pressure of the restraints becomes more like a gentle blanket across my body. I start to lose feeling in my limbs. My head feels heavy and dull, as though I’m drifting into a deep sleep. Soon enough, the execution chamber is but a distant memory as I float through an inky black void, reminiscing about past memories for what feels like an eternity.

I had a picture-perfect childhood, growing up in a nice suburban neighborhood with my two little sisters. I did well in school and in sports. I loved sports – soccer was my passion. In all my years of high school, I never missed a practice. Not even when I was sick. I got into college on an athletic scholarship, earning my degree in forensics.

I met my wife while I was a young investigator in New York. I remember the first time I saw her – in fact, I ran right into her. With a donut in one hand and an iced coffee in the other, I turned to leave the coffee shop and immediately tripped, spilling my coffee all over her shirt. I remember laying there in shock, as she let out a laugh which brightened up the whole store. Two years later, I proposed to the love of my life in that same coffee shop, offering her a donut and an iced coffee.

I can feel my body begin to stiffen as I float aimlessly. A sense of impending doom takes hold as I start to recall what brought me into the execution chamber. A serial killer was on the loose in Manhattan; three months of investigating hadn’t brought up any leads. The body count grew higher and higher, reaching 36 by the end of the summer. Whoever he was, this guy was good. Not a trace of evidence was ever left behind.

My partner Evans and I were tasked with solving the mystery. The two of us were known for being the best investigators in the state of New York; not a single case of ours had gone un-cracked. For months we worked ceaselessly, yet the killer was always one step ahead. Every lead we uncovered seemed to vanish the next morning. It was almost as if whoever it was knew what we were thinking.

It was just before dawn when a sudden realization hit me like a train. Evans was leading me – not just me, but the entire precinct – on a wild goose chase. It’s no wonder that our killer knew how to conceal a crime; his entire profession was based upon crime scene analysis. The answer was directly under my nose the entire time. I practically exploded out of bed, throwing the covers back in a single sweep.

“What are you doing…?” Mary murmured groggily from behind me.

I turned to her, leaning across the bed to give her a kiss on the forehead. “Go back to sleep, dear. Everything’s going to be alright now. I know what to do.”

I rushed into the office, quickly hitting triple digits as I sped down the freeway. Skidding into the parking lot, I jumped out of my car and made a run for the front doors. The lock offered no resistance as I turned the key. Someone else was already here.

Carefully, I crept my way down to the forensics lab. I had to get into Evans’ files; surely there was something in there that could prove my suspicions. The laboratory lights were on. I could hear movement coming from inside. Peering around the corner, I could make out Evans’ slender frame against the harsh florescent lights. He froze suddenly, spinning around to face me.

“Parker! What brings you here so early in the morning?” His voice was unusually cheerful, almost sickeningly so.

“Don’t think you don’t know why I’m here, Evans! Did you really think you could keep this secret for much longer?”

“I’m not quite sure what you’re talking about.” He pushed his thick glasses up against the bridge of his nose. “I came in this morning to do a bit of extra research. You see, it occurred to me that someone so good at concealing a crime must have a background in forensics. Don’t you agree?”

“What are you-” Before I could finish my sentence, Evans had begun to approach me.

“It’s only a matter of time before a killer returns to the scene of the crime, Parker. It’s a lucky thing I got here first.” He held up a small plastic baggie with bits of debris at the bottom. “Care to explain how I found your DNA in the evidence from last week’s case?”

“You damned liar! You faked it, that’s how!” I shouted at him, lunging forward. Evans merely stepped back; before I could reach him, two police officers had forced me down to the ground, locking a pair of handcuffs around my wrists. I continued to curse at him, screaming at the top of my lungs. “You’ll never get away with this! You’re a traitor, a liar!”

Evens merely smirked. “Tell it to the judge, Parker.”

I spent years in prison on death row. Appeal after appeal had fallen through. After all, who could argue with one of the two most respected investigators in New York State – the one who wasn’t in prison?

They must have given me the third drug by now. I feel a sudden stillness inside my chest, as though my very soul has ceased to exist. It’s becoming harder and harder to think, each passing idea stealing away precious moments.

It was man who judged me to be guilty.

Soon it will be God who judges them. 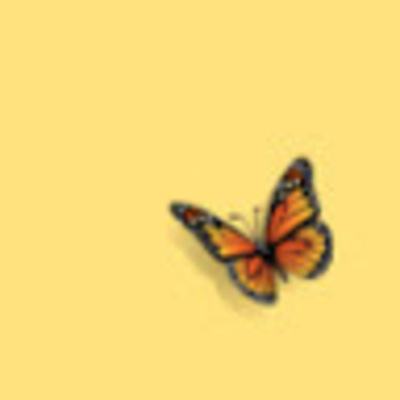 A great concept, I like that you included him feeling his own death and I'm glad the children left the view I was worried haha. But you've written characters I can root for.

You have put in a lot of feeling into this one. I liked the title of the story. That's why I read your lovely story and I am glad I did.

This is a powerful story. I love the juxtaposition of the priest all in black and doctor in white. Starting with the execution was great because it really hooks the reader into the story. The fact that Parker’s family was there was heartbreaking, but I’m glad they were supporting him. I also really loved the last two lines and how it tied into the whole story.

...And justice for all... A very moving story and I am going to start following you...I am intrigued by your talent...