“Hello. I know you've never heard of me, that's the point of all this, isn't it? Coming from the land of the unknown into the land of fame.

Mum said I should start a journal to record this journey. Maybe one day it could be published or sold for millions of dollars. Or it will remain as it is, a book of the unimportant writings of an unimportant little girl from an unimportant town.

Mum has always encouraged me. I think she wants me to grasp fame's hand more than I do. She wants to tell people that she is my mother, that I am her daughter.

Now what would I be famous for?"

Adelaide put her pencil to her mouth and chewed on the eraser relentlessly. Her mother had told her to stop numerous times, but she was to be a celebrity, why should her mother tell her what to do?

"Hello, my name is Adelaide R. Davis. I am fourteen years old, and I will be famous someday, this is a recording of my journey to fame, and I plan to keep this journal until I attend my first Talk Show."

You might be wondering why she wanted to attend a Talk Show, but the significance lay in the mind of Adelaide herself. She felt that once you took the step of being interviewed in the midst of screaming fans, that would be the final plunge into fame. It doesn't make much sense to any reader, but it did to her, and she is the author, so that was all that mattered.

Adelaide picked up her journal and put it under her pillow. She smoothed down her hair, touched up her makeup, and took a final glance in the mirror. Satisfied, she walked out of her bedroom, and into her mother's bedroom.

"Mother, I'm ready." She said haughtily, thinking too much of her own beauty instead of trying to be mentally prepared for the upcoming event.

"Coming, luv!" Fake and flowing golden hair towering above a face mangled by plastic surgery and caked with makeup, looking much more like a painting of herself than herself, came Adelaide's mother. A four-time winner of beauty contents in her youth, and a great believer in makeup being your beauty instead of just enhancing it.

Adelaide had got her mother's original model-like beauty and looked more like a Disney Princess then an average girl. She had acquired the golden hair, large brown eyes, paled flawless skin, and something more than her mother, personality. I won't say whether the personality was something to be jealous of, but it was certainly a personality.

Adelaide's mother drove her down to her first photo shoot at the YMAL, or Youth's Modeling Agency of London. Adelaide got out of the car with a spring in her step. She was genuinely excited.

Adelaide was the type of person who expected herself to do great things so therefore was never proud of herself or excited when she accomplished anything. Her mother, however, saw her as something she herself had made, an object that would win her money. There was no mother-daughter relationship. No well-wishing, dreams being discussed, or any pure and innocent love involved. Unless you included the love of money, then there was certainly love involved.

Adelaide smiled and posed and stared and dressed. She winked and blew a kiss with her surgically enhanced lips. Her mother cried tears of joy, (for herself, mind you, not her daughter.) They were both happy but for very different reasons.

I feel my purpose has been filled. I am soon to be an actor, I am a model, and I will also soon attend by third beauty contest.

Fame, fortune, but most of all fame! That is what I have acquired. I have been called “Prettiest Girl in the U.K.” by “The King’s Inquirer Magazine” and “Most Desirable Young Woman” by the “Hot and Healthy” website. Isn’t it great? Mum is head over heels, yet she talks to me less and less. Just a year ago she would’ve had a long conversation with me about my feelings and emotions. Six or so months ago she would ask me how my day was. Now she barely glances at me, she just counts her cash over and over and checks the PayPal account every five minutes as if it could be stolen by a virtual thief. I have won five beauty contests, been in five photo-shoots, and been requested to be in an American movie for a new live action Disney movie, all in the span of four months. I have even heard rumors of a fan club of young boys and girls for me. This is what I have dreamed of since birth.”

Adelaide put the journal back in its spot under her pillow just as a knock sounded on her door. She gently opened it, peering out. Seeing it was her mother she opened it wide and let her inside.

“Adelaide, there is a new company wanting you to model for them. Adidas, I think it was. I however think they are beneath you, so I turned them down.” Her mother turned to leave the room.

“Mother, I applied for Adidas. I have wanted—”

“Do I care what you want? This isn’t about you or your fancies. This is about money. If the higher brands see us stooping to a sporting level, then they won’t take us.” With a swish and a scurry, Adelaide’s mother was out the door.

Adelaide picked up her journal again. A tear falling from her eye.

“I see how it is now. The notion of fame wasn’t my idea in the least, it was mum’s. She wanted the money and somehow a grasp of fame for herself. I knew this before, but it is officially brought into the light. She doesn’t love me. Oh, she once did. But the prize has become worth more than the competitor. Money is greater than her own daughter. Thanks a lot Mum, I needed the reassurance that someone cared. Now I don’t have it.”

Adelaide stormed out of the room and into the kitchen where her mother stood with a glass of wine. She stared her mother down, as if in a staring contest.

“Mum, I’m giving it up.” She said with a haughty smirk.

“Giving what up?” She said with an unfeeling and condescending smile.

“Whatever do you mean?” Her mother said worriedly.

“Oh no you won’t, young lady.” Her mother said in a shaking voice.

Later that evening she wrote,

“I was unknown, and now I am known. But I long for the life of the poor and unknown. Goodbye fame, goodbye fortune. I was wrong, I wouldn’t end this journal with a Talk Show. I am ending it for the good of myself. With the last ink this pen exerts, with the last sentence this page will hold, no, this book will hold, I say, GOOD RIDDANCE!” 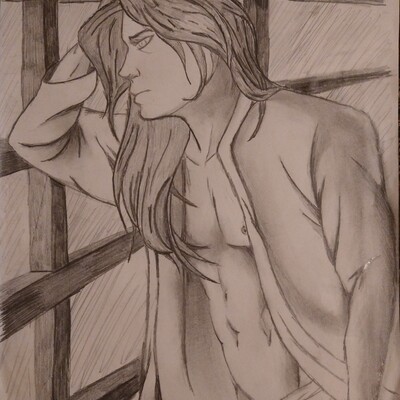 I loved that story. It seemed to be a real expert (to me anyway) from a young girl's life. Too many times in the past, we have seen this happen with all kinds of fame. Great Job!

Oh wow, thank you so much!! It's always so nice and uplifting to get a comment like this. Thanks SO much! -Rose

You're so very welcome!!! I truly loved it.