“A little bit more,” Divya said and so he added.

“Now this is perfect!” she said as she tasted a spoonful of it.

“They will love it!” she replied.

They both together lifted the heavy vessel filled with the soup.

“The aroma, wow!” Grannie exclaimed when she smelled the soup coming.

The siblings safely placed the soup on the table.

Everyone were pleased by the aroma of the soup.

“Give me fast!” little Suhaas demanded as he was carried away by the sweet aroma.

The siblings poured the hot soup in bowls for everyone.

Mother quickly caught little brother before he could burn his tongue with the steaming hot soup.

She told,” Too hot,” and took the bowl in her hands and began to blow gently.

Everyone in the table were in merry, except for the one who was new.

Mother noticed Rohit,” Is the soup too hot dear?”

“No, nothing,” he replied hesitatingly and turned his head down starring at the bowl.

Ash put his arm on Rohit and said,“ Don’t be shy, this is your family.”

“But it doesn’t feel so,” Rohit would have said if he didn’t mind ruining their merry time.

“I am fine. I just need some air, I will be back in a minute” Rohit replied and got up from his chair.

He went out and sighed. He looked up and saw the sky with twinkling stars.

“They are up there, looking at us,” Rohit heard a voice behind.

“I wish they had taken me with them.” Rohit replied.

Ash couldn’t say anything for that.

“You aren’t alone, you have a new family.”

Ash didn’t know how to help him, he still wasn’t mature enough to know what to speak.

“Anyway, I am always here for you, and always will be there for ya, as a friend.”

It made Rohit comfortable.

“Ashwin!” there was a call from inside.

“We will leave you here, as long as you want, have your space, but remember we are always there

for ya,” he said, before he rushed inside.

Rohit was starring at the sky for the rest of the night.

He ran to his Grandma’s room with her pills.

“Don’t hurt your throat Grandma, you are sick.”

“Nothing is going to happen to me dear,” she replied with a smile.

When he was about to exit the room, Grandma said,” Wait a minute dear. Can you do me a

“Sure, anything for my dear dear Grandma.”

“Could you give this to your brother Rohit?” she took a letter from her desk.

He opened his palm and said,“ Quick, Grandma he will be leaving anytime now.”

He took the letter and rushed out. For his relief the carriage hasn’t started yet.

He slowly walked to Rohit and handed the letter to him.

“Grandma told to give,” he said.

“Oh, I will read it when I reach.” Rohit replied and put the letter in his pocket.

Ash, mother, Suhaas and Divya were loading his luggage for his journey to town.

Ash went inside the carriage to have final words with his foster brother.

“Four years passed so fast,” Ash said,“ I still remember that day when you first came

here, I made soup for you and you went outdoors and didn’t drink saying your stomach was upset.”

“That’s what they thought.”

“They couldn’t understand me.”

“But they cared for you, they always did.”

“Even today, I don’t know what to say, but I know this, we will miss you.”

“Why are you telling me this now?”

“Because I am afraid I can’t see you again, I know you always wished to live alone.”

“Well, Good bye Ash. I am going to live my life like what I wished it to be.”

“Good bye...” Ashwin didn’t know what to say to make him understand the love

they had for him, he tried his best.

Rohit ran as fast as he could, but that wasn’t enough.

One of them took a paint spray bottle in his hand and started spraying on Rohit’s face.

Rohit closed his eyes and screamed as they continued to harass him.

After the spray bottle became empty they started kicking him.

He tried, but he couldn’t escape them.

“See what you can do now, nothing,” they laughed like a maniac.

“Now, he will understand what we can do,” other said.

All of them started walking away from the dead end to the streets.

Rohit was left alone with paint and shoe dirt mixed in his face. He couldn’t get up and go.

He started to cry there lying down. Hours passed, finally someone came and asked,“ What happened

kid?” Rohit looked up and saw a man in his 30s. “Looks like some freshman trouble.”

Rohit didn’t say anything. “It’s okay, come with me, even I had been in your place once.”

Rohit saw his face again, and got up. “Come with me,” he said and started walking. Rohit

quickly caught up with him. He took Rohit to a juice shop nearby and ordered two Apple juice.

The juice was ready and both began to drink.

“Thank you for this,” Rohit said.

“No problem. By the way, Are you living alone?”

Rohit said “Yes,” full of pride. He thought living alone was something cool.

Kiran told him to wash his face, and so he did and came.

They started talking and Kiran asked Rohit about his foster family.

“They are just a bunch of people living in a same house,” Rohit replied.

“So you didn’t consider them as your family.”

“I never did, my family died years ago.”

“Well, how many years since you left them?”

“If I didn’t come you would have slept in the road, right?”

“But you seemed like you wanted someone to pick you up, you needed the someone.”

“I don’t need anyone,” he said and stood up.

“Thanks for your help,” Rohit said and started walking.

“That someone is your family Rohit, your family!” Kiran said in a loud voice before Rohit went too

Rohit turned back for a second but then started walking to his home. He quickly reached his home and shut the door.

He went to bed and began to cry. He remembered how Ash and Div would make

soup for him whenever he felt bad. He remembered Ash’s kind words,” But they cared for you, they always did.”

He heard Ash’s words echoing in his mind. His little brother Suhaas would have wiped his tears if he was here, and his Mother and Grandma would smile and say, “ We are here for you dear.”

He missed their presence. He suddenly remembered his Grandma’s letter which he put inside his locker.

He quickly took it and began to read. Tears in his eyes as he was reading. He understood what they meant only when they weren’t with him.

He cried and cried. There was a sudden knock at door.

“Rohit?” there was a familiar voice.

Rohit wiped his tears and opened the door with his real smile of love. 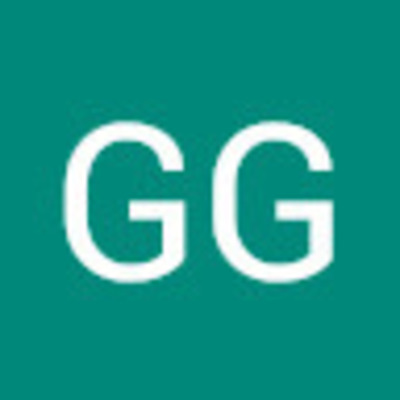 The story is too deep and too meaningful.

I think I kinda rushed it too much. Anyway thanks for commenting your opinion. Really helps me improve and it made my day.