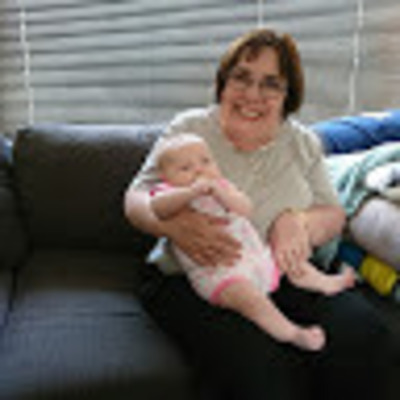 The traffic was reasonable Harry thought. Like any other working day, he had arrived early. The sky was overcast, there was heat in the air. Harry looked about him reminiscing and smiling.  He had had his business since 1965 a time of uncertainty for Australia as the Vietnam War, well into its third year for the Aussies’ involvement, caused division and heartache. Two of his staff were called up and died in service.  The Australian involvement ended in 1972 by which time the hippy era and peace movement enveloped the world. Princess Anne married Captain Mark Phillips in late 1973. Then there was the Whitlam era and the sacking from the Governor-General, the introduction of colour television, it all happened in the seventies, while Harry was young and going places in business.  He recalled working long hours eventually blessing the day his sons were able to join the business by the mid-eighties  Now, they had lives of their own, married and a grandchild on the way. There were many cherished memories of dark days and bright, but the tears were forming blurring his sight, he wiped them away, wishing Doris was there.

The landline phone was ringing shrill and demanding. Harry had been enjoying a movie with Doris. It had just ended and they were about to have a cuppa before he took her home. Tempted though he was to ignore it, and plead a deep sleep he recognised the caller and sensed something was wrong. Taking a deep breath, he answered:

“Dad it’s Troy were you awake or have I…”

“Doris is here” it was an irrational, almost irritating answer but Troy took it in his stride.

“Oh, Dad I have bad news. There has been a fire in the worship, the fire brigade is here. If you can, I think you should come.”

Yes, I will drop Doris home on the way. I will see you soon Tarra.”

Doris was having none of it insisting on coming with him.  He smiled, too uptight to argue, but glad of her support; she was proving to be a very dear friend.

The air was thick with smoke and ash. The roof in the workshop was almost gone, Troy said the fire brigade had it under control fairly quickly. Fortunately, most of the items in the showroom were safe it was just what they were working on that was damaged. Harry was in shock; this had been his livelihood. He thought of the hours spent making furniture, of the sacrifices his wife Nora had made rearing their two sons almost single-handed, while he spent long hours at the ‘carpenter’s bench’, bringing enough money in for Nora’s comfort. When she died the boys were old enough to look after themselves, each taking apprenticeships in the trade and working together with Harry for years. It was a small but steady business, and like a child or a pet dog it took up your time and emotional drive, anything that affected it affected you. This fire was no exception.

Frank, who for safety reasons, had been madly sweeping as much of the floor as he could, came across to Harry nodding first to Doris.

“Dad I’m so sorry. The insurance gurus will have to be informed.” he turned to Doris

She smiled “Yes, I’m Doris Blake I only came to give Harry moral support but of course if there is anything I can do, please tell me, I don’t think any of us will sleep tonight.” her concern was genuine.

There was a ghost of a smile on Harry’s lips. He did not need a retired nurse to tell him that, but the fact that she was there was comforting.

“Do we know how it happened?” he asked

“It is unclear at this stage, Dad, but I found an oily cloth over by the west wall and a cigarette butt.   This might be purely coincidental, I guess we won’t know. We are up to date with the insurance are we not?”

“I will need to check with Sally, I can’t think, at present Frank. We have orders for Christmas and garden furniture…”

“One thing at a time Harry, you are in shock.” Doris spoke softly “let’s get you home I’m sure the boys can…” Doris took Harry by the hand, and steered him gently away from the mess.

Frank watched them, exhausted but there was no point in Dad staying and getting emotional; it was not going to help, but it was his life. He breathed and functioned for his first love; carpentry and cabinet making. Nora his mother was Dad’s real first love in the human sense. Frank was curious about Doris, but his curiosity would have to wait. He and Troy had too much to do, the business might be theirs one day.

Sally was not informed until the morning. She was able to locate the details of the insurance policy and confirm that payment was up to date. Surprisingly, she had arranged an assessor to visit that afternoon. When the assessor arrived, he was sympathetic but strong. Of course, there would be payment, but the building really needed upgrading. When was it last checked for asbestos?  What about the electrics was the wiring up to standard?  Later, in the week a full assessment revealed there was no asbestos but the wiring was dodgy. What was the next move? Might it not be cheaper and wiser, in the long run, to seek other premises, rather than repair and reconstruct? Harry called a meeting for the following day with Troy, Frank, Max, the accountant, and Sally.

Harry walked into the office taking care that there were no traces of tears on his cheeks. He so needed a cup of coffee and was pleased that the dripolator was on. He was rather surprised to find one of his daughters in law in the office. Rosemary was a lovely girl but she liked to be between the news and the solution in everything.

She pecked him on the cheek.

“Don’t mind me, Harry, I had an idea and Troy thought it better for me to explain it rather than…”

“Yes, that’s fine Rosemary as long as you remember Sally is not the tea girl but the office manager.”

“Harry I…” she looked hurt.

“I know love, I’m just a little preoccupied, I was not expecting you here, that’s all.” he walked away

They sat for an hour and a half. Frank coming up with some good ideas Troy staying quiet. Rosemary to her credit knew of an option, close by; the owners of the proposed option were devasted about the fire and offered to help. Their building was not in use it would be ideal for a workshop, depending on the cost.

Harry realised quite suddenly that he was superfluous, he was approaching retiral age. All he wanted was to go back to what it was until he moved on; but how could it ever be the same?

“Dad are you listening?” it was Troy. His hint of impatience was etched with worry and fatigue.

“I confess I was daydreaming Troy, I apologise. Would you mind repeating what you said?” Harry too was tired

“I can’t afford for you to daydream, Dad, we have a business to run.”

“Oh, am I your errant employee, Troy? Take the ill-spent time from my salary. I suggest while I am still the boss we break for lunch.”

It was a rare thing to see Harry Fowler angry. He stormed out of the office, felt for his wallet and went into the café across the street. He wanted a ham sandwich. He smiled, remembering that as a child his favourite lunch was a ham sandwich. His mother and later Nora, sensed when he needed cheering and made him a ham sandwich or two. These days they would term it comfort food and Harry Fowler, realising that he was at a crossroads in his life, needed comfort, but more importantly, direction.

Suddenly, Sally entered the café, purchased what she needed and spoke to him. Clearly, she was concerned but was satisfied that Harry would be able to attend the meeting after the break.

They were all seated by the time he arrived. A review of the ideas was done.

“I assume costings have been cleared?” asked Harry

“Yes, Harry,” said Max “by my calculations the cost of refurbishing the workshop on the existing land is manageable: moving though if indeed we can use the place down the road as Mrs Fowler suggested, may be viable.”

Harry looked at Max, then realised what he was referring to. Of course, Rosemary was Mrs Fowler, as indeed was Frank’s wife Jan. Harry listened taking care to concentrate. All the ideas were sound, driven by young men with dreams. Dreams and ambition are fuelled with fire. What an irony! Yet this was the direction he needed. Suddenly it all became clear to him. There needed to be another Mrs Fowler if she would have him. There needed to be a new chapter in his life. He remained silent and listened: even Sally had ideas. Let them take the worry on their shoulders, streamline orders at their whim. If he were good, he might get to help them out or be an advisor If not ….

“Dad, you look pensive. Do you want to speak?” it was Frank

Harry laughed and rose from his seat.

“I do have a few words to say. I won’t bore you with memories of a bygone era, although I was reminiscing before coming in this morning. When I started here in the 1960’s life was simpler, work was easier to find, and young men were being sent off to war. It was still a good country to work and live in but life has changed heck we have all changed. Folks I was twenty-four when Nora and I were married. Were it not for this business and my sons I would not have lasted six months without Nora, her death rocked me.  I have begun a new chapter in my life, and these last ten days has had me thinking. Your ideas and ambition leave me behind: the fire that was once in my belly is now in yours, it took this fire for me to see that. I have decided that I will bow out as soon as practicable, leaving the business in capable hands. It will once again be going places.”

The room was so quiet it was eerie.

“Who will take over from you Dad?” asked Troy “or who do you suggest?”

Harry shrugged his shoulders “Dunno Troy, that is a decision for tomorrow’s meeting. For the first time in my life, I will be a casual observer”

He could not wait to tell Doris. 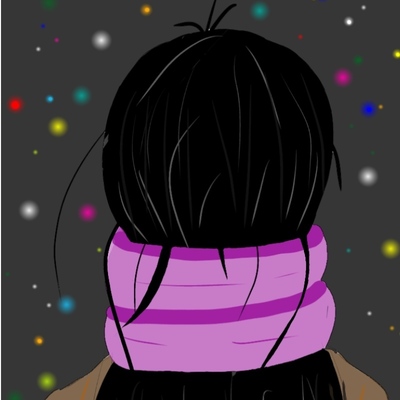 Great take on the prompt. Didn't think Harry would be the one letting go, very smart of you. The cliffhanger at the end definitely did justice to your story. My favourite part was your intro about how the buisness preserved through different eras:) Good job buddy!