Tattoos Made of Moonlight

It had been 38 days since the last siren sounded. Most likely there was no one left to sound it, Maia thought, as she scaled a hastily built brick wall with ease. She perched at the top of the wall to survey the area.

The neighborhood was almost entirely rubble, vacant buildings slowly crumbling into oblivion. The wind whistled through open windows, and the smell of death presided over a hint of moldering garlic. The road that ran through the lines of homes was gravel, and it bore the footprints of frantic people, probably hoping to flee towards the nearest safe point. Various bodies littered the ground, long dead.

Maia landed with a soft thud, her black boots hitting the ground next to a corpse. Bending down, she brushed dirt away until its features were clear. A man, his face set into a blank stare. She shook her head and straightened up, brushing the grime off of her hands. She continued onward, and the groan of her backpack as she tightened its straps was just about the only sound.

The shadows around her lengthened as the scarlet sun settled below the horizon. As light fled, the designs on Maia’s brown skin glowed silver and wreathed her in an ethereal gleam of fantasies and reveries. From another house, a matching light shone. Maia headed towards it, her boots crunching on the gravel. It drifted out to meet her, a bright beam of light slowly coming towards her.

“Who are you?” Trapped inside the glow was a little girl, her eyes wary. She was clutching a stuffed animal, a floppy green and purple dog. Her skirt was torn.

“Why?” The girl demanded.

“You don’t like being here, right? I’m here to help you pass on, darling.” Maia tried to smile, but it came across as more of a grimace.

“I like to watch my parents.” She said, and her head tilted to the side. “They can’t hear me or see me, but I can see them. Will I be able to see them again if I go with you?”

Maia took a deep breath to quell the anger that was rising inside her. Her light grew in intensity.

“They said that I had to go outside because there was a present out there.” Her face grew sad. “There wasn’t. And then I hurt a lot and then I got all bright.”

Maia’s fists clenched. “I’m sure, if you want to, you can see them again, sweetie.”

The girl nodded, holding her stuffed animal close to her chest. Maia reached out, and their lights merged. Twisting strands of glowing moonlight held her close, and the girl smiled. She faded, nothing more than a memory.

Maia sat down on a deteriorating porch. She had to take a minute to breathe. What kind of parents would kick their child out? Her parents wouldn’t. They weren’t the greatest, but Maia was fairly certain they wouldn’t kick her out of their bunker. If they built one.

Maia’s parents were skeptics. They were the kind of people who didn’t set up a fire safety plan because they thought it made them look paranoid. And when the news started reporting the death of millions in Europe, her parents were adamant that they were going to be fine. Even when the stores ran out of food when the government offered to pay for the installation of bunkers. Even when everyone around them wore gas masks to finish up the last things they needed to do before they retreated underground. Even when the sirens, manned by volunteers, rang every time there was a new wave of spores, the floating particles that made even the air toxic, and which broke down houses and buildings and cities as if they were nothing. Maia still remembered the gaping hole in the wall, slowly growing larger. She remembered their blue faces as the deadly spores settled in their throats, as they realized that they were dissolving, becoming nothing more than shadows.

Maia watched them disappear and wondered why she wasn’t. She screamed as instead, glowing patterns were burned onto her skin. She saw the ghosts, the lost souls who needed to stay for just a little bit longer. She understood that she had to help them move on. She didn’t understand why. She didn’t understand why she was spared and millions weren’t.

Her parents weren’t terrific. She knew that, she knew they could’ve saved the family. But at least they weren’t selfish enough to push Maia out of the door of a bunker.

Maia stood up and shouldered her backpack. She headed into the house the little girl had come out of. She reached into her pocket and grabbed her earbuds and the little music player that held years of songs. As Maia strolled past a staircase and a dinner table, she selected the song Apocalypse by Brye. It played softly in her ear as she dodged a loose floorboard.

She entered the master bedroom, and immediately noticed a trapdoor set in the floor. It was most likely bolted from the inside, but she concentrated and the lock clicked. She heard a confused murmur from the inside, sleepy and not quite there. Without pausing, she flipped the trapdoor open and walked away. It would take a couple of minutes, but now that the spores were in the bunker, there was no chance of survival. She walked out the door and shut it, ignoring the screams that were just starting.

It was close to midnight, so Maia chose a building that wasn’t quite as broken down as the others. She grabbed some blankets from a closet upstairs and found an outlet for her phone. She spread out the blankets on the main level, right where she could see stars through a hole in the ceiling. As she fell asleep, her glow diminished until it was just Maia, the stars, and the bodies all around her.

She woke up with the sun, which was beaming brightly with a bloodred smile. With a groan, she grabbed some beans out of her backpack and poured some into her mouth. She collected her phone, she headed out of the house, leaving the blankets where they were. It wasn’t like their owners cared about them anymore. On her way out, she passed a sign stating that the Thompson family lived here. She rubbed the dust off of the letters, then turned and left.

Maia shoved the can of beans back into her backpack, squinting in the sunlight. This was a fairly vacant neighborhood, devoid of the many ghosts that Maia usually met. She supposed that most of the corpses around her had met their end and decided not to come back. The wall was still standing, a warning to all who decided to enter.

Maia didn’t know much about what happened after the spores took out the people who were susceptible to them. She had become something else, and she knew others had survived in the same manner as her. After the first wave of spores had hit Europe, a video went viral in the United States of a woman with a third eye who claimed that she was transformed, and could see the future. She posted a video showing herself and her neighborhood, of the dead all around her. The next video that went viral was of a video was taken by an unknown person as what was seemingly a vampire drained her blood. Maia trudged along the gravel road, one earbud in. All of a sudden, her head shot up as she heard a crunch.

In front of her stood another person, and they were alive.

Good opening. Really strong descriptions, I love the world you have built. I think you need an ending. Maybe a cliffhanger. If you give the reader something to think about at the end. They are going to remember all that awesome stuff I listed above. 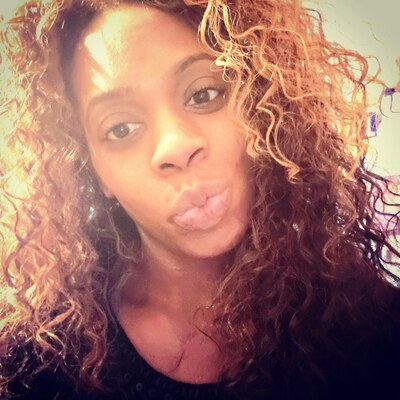 You have a really good cadence and your descriptions are wonderful. I also agree that a resolution would be great, but I'm curious did that individual sound the last siren?

Thanks for your feedback! I think I'm going to leave the siren question up to the reader. I didn't think Maia did, but it would be interesting to see what people take from the story. I wrote a second story, and I'm planning on writing another one after that, so the resolution's going to wait. I really appreciate your comment!