Submitted for Contest #69 in response to: Write about a family’s first holiday after a parent has gotten remarried, and now there are new faces at the table and new traditions to be honored.... view prompt

I already hated him when he stepped his foot inside, sweat giving a glimpse of his ugly tan face. His ragged jeans were splotched with dry dirt, and his hat just made everything worse. He looked like a proud farmer. The creepy kind with the frozen smile that matches his wide eyeballs.

The wood creaked as he came inside. “Hey, fellas!”

I kept quiet and barged into a bundle of noodles. He quickly came over and sat down across from mine. “What are we having today?”

My mom appeared in the kitchen. “Chicken and mashed potatoes!” she called out.

“Why don’t you take a shower first?” his annoying son, Joshy, said. “You smell!”

The farmer guy laughed along with him and agreed. “The food will probably be ready by then,” he said, standing up. “Phew, the sweat!” They giggled some more. I tried not to roll my eyes. Damn, was that hard.

“Cadence, honey, can you help in the kitchen?”

I stood up from my seat. I usually would have complained, but anywhere away from that guy’s sweat was good.

I refuse to call the creepy farmer my dad. He married my mom a few weeks ago, and since then, nothing’s been the same. Joshy and Nick, the two rascals, usually went into my room and destroyed at least one thing before coming out. My sister, who’s a year younger than me and was always on my side, really liked Maxine. Maxine dyed her hair red, which I hated so much. It wasn’t curly, which I thanked God for, but the color was so bright and ugly that didn’t match her face at all. I told her that, and she shrugged and said it was a nice change. A nice change? Really?

On top of that, my mom even admitted that we might move to a farm. That was stupid. Shit, moving to a farm just because that farmer grew up in one and dresses like one from the ‘80s. Huh. Not gonna happen.

Today is Christmas, Farmer Guy is covered in sweat, Joshy and Nick are destroying the neat table I set up, and my sister Heather is ignoring me. I waited for this holiday for nothing.

Now I found my mom arguing with him.

“I told you that we were having chicken!”

“I told you on our second date I was a vegan, Jen!”

“Well, excuse me. You came home covered in filthy grease, laughed about it with your children, right before I said we were having chicken. You never helped out in here anyways!”

They continued arguing. I wanted to tell her to divorce him, that she was a city girl and he was a creepy farmer. Now that’s no match. But that might hurt her even more, and I’m not rude.

“Kids, dinner will be ready in a sec,” my mom said hoarsely. “We’re having chicken.”

We were all very quiet at dinner. Heather picked at her food at first. I knew she didn’t like chicken without gravy.

Joshy and Nick were whispering in their secret language. “Ga ba bushu ba,” he whispered loudly even though he could talk words clearly. They both laughed, and then snorted.

Maxine was on her phone from under the table. I caught Farmer Guy glare at her, which was all it took to make her put her phone away. I never had seen him with a frown.

It was quieter than I had imagined. I thought that Mom would share some of her city life stories, Joshy and Nick would laugh as they put straws through their noses, Farmer Guy would joke about his old days, and Maxine would send funny memes and texts to Heather. But there we were, hearing the chatters of our neighbors nearby, hearing squirrels sing songs, and us in the history book? Eating dinner like starving elephants on Christmas day.

I shook my head, standing up. I thought about Dad. My real dad. If he were here right now, we would all be stuffing straws up our noses. I headed away.

“Cadence?” my mother said softly. “Cadence. Where are you going?”

I shrugged the opposite direction she was sitting at, which must have looked strange. I shook my head again and ran off upstairs.

The last word I heard was Heather saying “Cadence,” before I could hear nothing at all.

As expected, my mother followed me to my room. I didn’t hide under the covers. That would make me feel weak. I just sat up on my bed, pretending to think about today.

And then I spilled everything. That Creepy Farmer Guy was stupid and sweaty all the time and he should leave with his shitty children. I told her that Maxine was a spoiled rich girl who shouldn’t have dyed her hair until she was sixteen. I told her Heather needed hearing aids because she couldn’t hear a damn fuck about me screaming for help and that she was picky for wanting to eat chicken with gravy. I rambled on and on that she chose the wrong guy, and he smiles all the time. I screamed that he’d probably smile if there was a volcano that erupted right this second.

Woman, are you blind? Can you not see how he dresses?

“My stepfather.” It felt weird getting the words out.

She paused. “Why do you hate him?”

“Do you want me to name one reason that stands out of all the other reasons? Because I have quite a lot.”

She chuckled for a moment. “Things must be weird now he’s part of our family.”

I answered, “I mean if Dad was here right now, he would know the right words to say. He’s not a stupid vegan and he’d appreciate the effort you did into your cooking.”

I stared back at her. “I thought that was just part of the reason you’re mad.”

She gave a slight smile. “I was mad just for a few minutes. But the reason I’m mad is that, well I’m not mad. I’m just upset that he spends so much time with his kids, and he goes outside and breezes away, while not spending one minute with me today.”

She laughed and pulled a strand away from my face. “But that’s not a reason to be upset. It’s Christmas and everyone’s busy. We’ll have time later when you’re asleep.”

“Ew, Mom, what are you saying? With Farmer Guy?”

She chuckled again, and asked, “No, seriously though. Why do you call him Farmer Guy?”

“He dresses like one and grew up on a farm. Duh.”

She laughed, and I felt my face getting less red and mad. My fists that I didn’t know were balled the whole time, relaxed.

She smiled and said, “You act like it’s not our own house.”

Hey Ken! AWESOME story! I tend to talk to my mum about these things and how bad I feel for the kids because they feel so split and broken (My parents aren't divorced though). LOL ~SS

whatsup, SS! Thank youuu, and yeah, there's a lot of people who feel that way. I know how it feels, though. 💔 Oh, that's very nice and lucky :) -KS

Oof, sorry if my message was unclear...My parents aren't divorced lol. I just understand how it feels to lose someone important, but no one actually died/left or anything. I had a lot of friends and cousins who felt that way before. Yeah :) Have a good day!

Oh! Sorry, sorry! That was pretty awkward! Well, I hope they are good!

It's really fine lol. :) hope urs are good too!

Hey Kendra, you mentioned in your bio you think you know who the downvoted is? Care to share? (Hey that rhymed!)

Well, I won't say names yet but there was this user who commented on my first story a few hours ago saying "I'm sorry I have to do this" and deleted it today. Idk if he/she did it but I was downvoted last night...Did it happen to you?

Nope. Nothing like that has happened to me. But I know lots of popular authors have been getting downvoted though.

That actually happened to me as well :/ are you sure its for the downvoting though? maybe it means something else, though if it IS downvoting, we should try to find her and talk to her

I guess. What was her username again?

not sure, is it still there?

nope...I went through my notifications but its gone /:

Nice rhyme by the way lol

Hey, I loved this story! I thought the Mom would turn out to be cliche terrible, but I'm so glad you didn't do that. Just one thing, in the ninth-last paragraph, you used present tense 'pulls.' Other than that, it was amazing, and keep writing!

No problem, happy to help!

Ah Kendra!!! Hiiiii! I thought you weren't coming back, glad you did! This was such a funny story for some reason. I love the humor you added in it, it was such a fun read! I loved the ending too, it was pretty nice! Great job Kendra!! Or AJK do you want me or us to call you AJK or Kendra??

Thanks c: Either one is fine! ✨ 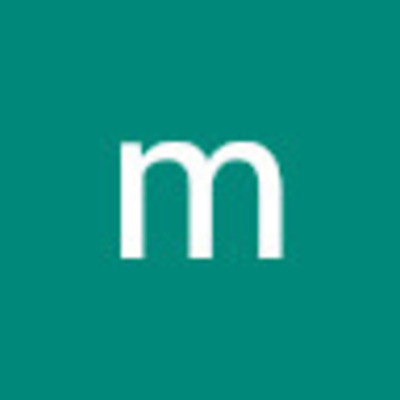 Not bad, used the word "that" way too much, some of the sentences could have used some changes, not crazy abut the "f" word used in any story but to each their own on that decision, otherwise i enjoyed how you brought us into the dinner and the climax with us and took us into the world of hating a new stepfather and his shitty kids, lol haha it had good humour, nice work. cheers

thanks so much for your feedback!! So glad...And haha, thank you :)

I think you took the character of the Mom in such an interesting direction. Good job.

This story was hysterical! Please do more like this! 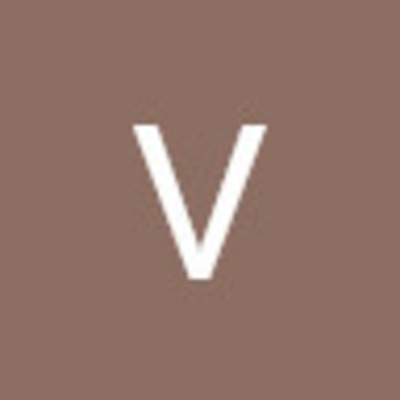 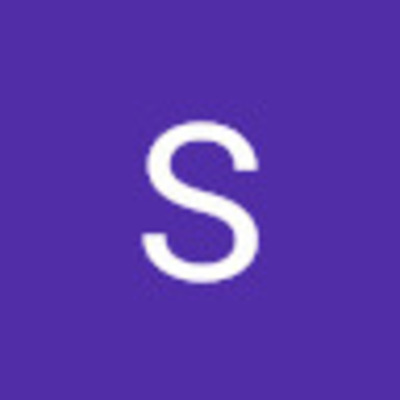 Wow this is a nice story. Love how you developed that mother daughter moment at the end. That is really touching. Question: Is Heather her sister or step sister? And what about Maxine? Is she Farmer Guy's daughter?

Thank you!! Heather is her sister, and Maxine is Farmer Guy's daughter. Cadence (the MC) didn't like the bond between them since Cadence thought Heather betrayed her and was no longer on her side. Thank you so much again :)

Qhhh got it now. A little bit more of Heather would have been okay though. Nice story anyways. 😊😊 please check out mine too

Ahh amazing!! You did a really good job crafting the dinner scene, it was definitely my favorite part. There was that feeling of increasing anger within Cadence which I really liked, since it flowed into the next part really nicely. I don't have any edits, this was very well done! Keep writing! :)

Thanks Esme :) ✨ My next story will be submitted soon, so I hope you also read that one too lol

Wonderful story.I loved it. I am glad you are back.Keep writing.