It had been twenty-four years since she'd last seen it, but the place looked exactly the same. Seated in her car Hester's green eyes scanned the red brick house, noting how innocuous it appeared as if one more of the same along this tree-lined street. Uncle Sheldon and Aunt Lila still lived there, following their daily routine of avoiding each other. Hester could visualize one seated smoking at the kitchen table, the other beer at hand, watching endless sporting events on the telly.

Hester could hear Reggie's voice, incredulous at her decision.

"My god it's your 40th birthday and you WANT to go back there!" His voice had risen, blending anger and exasperation spiced with more than a dash of dread.

Looking away, Hester started the car, glancing at it in her rear-view mirror.

Sliding the card into the door, she could hear Reggie's favourite car program blaring from the telly. His eyes tracked her movements across the hotel room to the bedside, where she stood staring down into his grey orbs.

Where Reggie would have met her at the door, would have enfolded her body in his arms, he remained static on the bed, back leaning against a folded pillow.

This was a weighted word, fraught with potentiality, as yet unformed in Hester's heart.

"Don't let this come between us, not now. I need you more than ever before."

Reggie's arms raised, inviting Hester to fold herself onto him.

"I just parked on the street. The car was in the drive. It looks so NORMAL"

"How about we forget about them and just focus on us, here and now, and on your birthday. I've made reservations at The Silver Grill for 7:30pm."

"Wow! I hear that the restaurant is spectacularly decorated and the cuisine is divine. You are too lovely to me. I love you so much my heart aches."

Their lips met, at first hesitant, then increasingly passionate as they shed clothes, Hattie's body welcoming Reggie. Afterward, Hattie fell into a nightmarish nap, revisiting her adolescent years at 636 Brown.

Reggie massaged her shoulder, whispering softly, "Hattie, wake up love. You're having a nightmare again. You're safe."

"Was I talking in my sleep?"

"Talking, crying, thrashing about. It must have been a particularly bad one."

"Reggie, I just want a shower. Could you pour me a drink please?"

Reggie stared at her back, walking into the washroom, alone.

Hester's tears flowed unheeded, standing under the hot stinging water. Only after the rap on the door did Hester return to the present moment.

Reggie stepped into the shower, his hungry eyes over her body.

"I missed our shower together."

Hester nodded, kissed his cheek before turning to leave.

"Your drink is on the counter."

Hester grasped the sweating goblet, downing the contents in one gulp, then rubbed her skin dry with the Pima cotton towels. Back in the bedroom, Hester's body carried out her rote post-shower rituals while her mind swirled in and around 636 Brown.

Reggie's alarm interrupted her reverie. Clicking if to off, noting the time to leave pending, Hester painted her face with colour, blessed her body with fragrance and draped her form in a snug silky silver sheath.

Hester reclined on the sofa savouring her drink, her pupils bearing witness to the alcohol coursing through her body.

"Mmm," Hester drained the glass setting it on the coffee table before taking Reggie's hand, stood up, wrapping her pashmina about her shoulders.

Dinner for Hester was like an opaque veil, the wine, the brandy, the smattering of haute cuisine combining to create a chemical calmness.

"Are you tired? I most definitely am not. If you don't want to come, I'll just grab a cab. Your choice."

Their eyes duelled, the air sparking with tension.

Hester's body and mind pinpointed on 636 — her target, her prey.

"Park on the street out front." Hester's voice resonated with confident bravado.

"Are you coming or staying? Either works for me."

Reggie hopped out of the car, the two doors closing in synchronicity. In ten steps Hester and Reggie stood facing the front door. Hester's left hand poured on the glass panes of the storm door.

"Perhaps we could use the buzzer?"

Inside, a light streamed down the staircase, an obese elderly woman stepped with care down the steps stairs then to the front door.

The inner solid wooden door hung upon, and Hester faced her Aunt Lila, much diminished by age, illness, the earliness of this visit.

"Tonight is the night for a reckoning."

"Not offering any hospitality? No tea, coffee, treats? Where's he?"

Lila's eyes narrowed. She unchecked the door lock then turned away to walk down the hallway.

Reggie held the door open, letting Hester and him enter the house, following Lila's steps down the long wide hallway to the expansive kitchen at the back of the house.

Hester's breath caught in her mouth when her eyes revisited the turquoise cabinets, the turquoise checked curtains, the vintage table, chairs, appliances. She swallowed the bile spilling into her mouth.

Lila first filled, then plugged in a stainless kettle. She put a brown betty teapot beside three mugs and spoons on the countertop. Next, she turned, shuffling to the refrigerator for the cream that she placed with a thud on the table's surface.

"No, true, beer, lots and lots of beer is his preferred beverage, right."

"Get HIM NOW. Reggie go with her incase HE needs assistance. Go on now!"

In the quiet stillness of the empty kitchen, Hester busied herself with pouring boiling water over the tea bags in the pot. Pulling open the cupboards, she discovered, in the same location as in her day, tins full of home-baked treats. Lila was a great baker who enjoyed her own efforts too well.

Hester chose the seat nearest the back door, facing the sink furthest away from HIM. She had had her fill with being in his reach.

Her nose noted his aroma, that putrid combination of barbasol, cheap cologne, with undertones of stale beer. Sheldon stood, stooped in the doorway, his hands gnarled, a three-pronged cane supporting his gait.

"Sit in the chair by the sink."

Although physically Sheldon was much diminished, his eyes belied his appearance. His pupils grew larger as he raked Hester's face and torso, centring on her breasts with a moist leer.

"Ah, you've returned. Got yourself a man. Is she a good lay?"

"Everyone, sit, sip your tea, eat your treats."

Hester filled the mugs with steaming tea, her green eyes unceasing her focus on Sheldon.

Lila's presence was announced by her cigarette breathing.

"Light up, Auntie. You do still smoke?"

On the side counter, to the left of the refrigerator, in front of the vintage box of a radio, lay a massive glass ashtray, plastic lighter, and an opened pack of cigarettes.

"This room is like a slice of the past. I swore I'd never return but I have a purpose tonight."

"Reggie, do you have your cell phone?"

"Great. Put it on the table, turn on the recording."

Reggie's brow furrowed, his dark eyes seeking some semblance of sense from Hester.

"For posterity. Drink up. Let's reminisce, shall we, about all those meals we shared, Uncle in his spot, Auntie in her spot, me in my spot, snug, close to Uncle day in day out."

"So Uncle Sheldon, do you miss your extracurricular activities with me?"

"Auntie, do tell us about Sheldon's dinner choices."

Lila's bowed her head, a shaking hand grasping a smoking stick from the ashtray. Hester's gaze unwavered from Sheldon. Her heart hammered in her chest. Reggie's eyes flitted from Hester to Sheldon, to Lila.

"Bullshit! It lives in me constantly. Don't speak for me, you who turned a blind eye."

Lila dabbed her eye, wiping away a tear.

"Tears, Lila, save them fo when you need to cry. This is not the time. Admit it, they're guilty tears."

"So, his drinking is an excuse! I'm wondering why his wand3ring hands still molested my chest and groin first thing in the morning. Explain that!?"

"Hester," Sheldon's voice sounded reedy, "You were a lovely young woman. I just …"

"You JUST, touched, groped, grabbed, my body, when I didn't want you to, again, again, again, and not to mention I was a child, fourteen, fifteen, sixteen. Pedophile!"

Hester slid her chair back in a loud scraping motion, quickly walking out of the kitchen, up the stairs, turning right at the top, entering Sheldon's bedroom. Ahead she saw the same bleached furniture, the built-ins at the head of the bed. One cupboard was ajar.

Leaning to not touch the sheets, Hester slid the cabinet open, spying the pile of magazines, ten deep, four heaps, in this one space. There were four other doors.

Hester's body shuddered. She turned to leave this room, walking to the end of the hallway. Entering the bathroom, noting the familiar features; the clawfoot tub, the mirrored medicine cabinet, pedestal sink, smelling the stink of Sheldon.

Spying a wicker laundry basket, she dumped the contents on the black and white tile. Retracing her steps to the bedroom, she pulled and threw magazines into the basket.

With the basket mounded with Sheldon's periodicals, Hester carried the basket down the stairs, into the kitchen, overturning the contents beside Sheldon's seat.

Sheldon bent over with difficulty to tidy up the pile of magazines, uncrinkling covers, smoothing out bends and bents.

"This is my private property. You have no right."

"So, Sheldon, how does it feel when someone, without your consent, invades, touches, caresses, grabs, gropes your stuff? You did that to my body. When I was a child. When I DID NOT CONSENT! Pick them all up, carry them to the sink and dump them in."

"So. Help him ike you have all the way along."

Reggie pushed his chair away from Sheldon, moving closer to Hester's chair, his eyes wide, his lips pursed, his arms crossed with closed fists.

As Sheldon and Lila resumed their respective seats, Hester grasped Lila's lighter, snapping it alit, a long flickering flame extended. She lit the corners of the magazines, one-by-one until the ceramic sink was aflame.

"Reggie, we can leave now."

"We're going to call the police. You held us hostage, committed destruction of personal property."

"Sure, and I'll tell the police the truth, of my existence, over three years, living within an unsafe environment where I was repeatedly a victim of sexual violence. Bye. Rot in hell. "

And that was all that mattered. 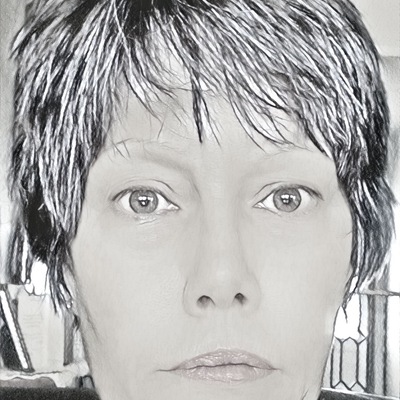 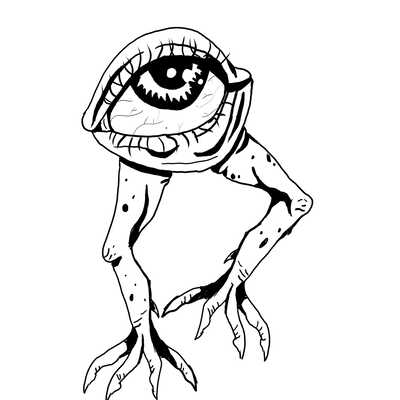 Hey so I enjoyed this one, there was a real trait to the story. The only thing I would suggest is more actions within the dialogue sections. I wanna both see and read how each character is behaving. Other than that, it was really solid

Hi Thanks so much for your feedback and encouragement.