Pranati plunged another stone into the languid depths of the lake and watched it perfectly bounce off the surface. Her older sister’s gaze traced the movement with fascination.

“How do you do it?” she asked. Pranati shrugged. The sunrise was too beautiful for her to while away in idle chatter.

Both sisters were perched high up on a tree, soaking in the rising rays of the sun and feeling at peace with the world. Pranati had woken up early and dragged her sibling out, actually- so there had been a considerable amount of grumbling and arguing before they finally got to appreciate the scene.

Pranati lightly jumped off the tree. “Are you coming?” she asked. Her sister nodded. “I want to sleep again. The bed’s calling me. Can you hear it?” she joked and both of them diligently stuck out their ears to listen, before bursting into fits of giggles which transformed into guffaws.

“Ah, this is what I call a vacation,” Pranati wiped the tears of mirth from her eyes. “No stress, no school, and you get smashing views like this every day. On top of that, I get to wake up in a soft bed in a resort just beside the best lake I’ve ever seen!”

There was no response. Pranati turned. Her sister had gone straight back to the resort. She did take her slumber very seriously. The younger sibling had never minded, either. In fact, she preferred being alone these days. She settled back down into the soft grass which welcomed her like plush cushions. She turned her gaze towards the sky. The last year had been very hectic and disturbing. She sighed. It all felt like a dream now.

Her birthday was just a couple of days away. She silently watched the lake’s water ripple as the red rays slowly transformed to golden ones and wrapped her in their warm embrace. 2021… she could have never believed that the whole world would travel into this year, and that the pandemic would finally be eradicated. The time she had dreamt of- no masks, no sanitizers, lesser distancing- it had finally arrived. People’s joy radiating off their faces was truly a sight for sore eyes.

Pranati fully stretched out on the grass and lazily closed her eyes. Her left arm twitched slightly in the heat. She let a soft laugh escape her lips. “Finally able to move, aren’t you?” she spoke to her arm. Her left hand seemed to have a mind of its own, because it opened up and pulled at a fistful of grass confidently in response. She lifted it and kissed it gently on the knuckles. “I’m proud of you, my handy,” she murmured.

“People would think you have gone crazy, you know,” a baritone voice commented from behind her. Pranati beamed. “Good morning, dad!” she cried excitedly and leapt up from the grass. She crashed into his open arms for a bear hug and he patted down her hair. Then, hand in hand, both father and daughter leisurely strolled back to the resort, joking with each other about breakfast. They always found something to joke and laugh about early in the morning, for they believed starting the day with a laugh would make the entire day better. Or at least, that was the philosophy the daughter had fed into her father’s brain.

Their family of four had taken a break from their stressful lives to enjoy and relax- something which they had forgotten to do over the last seven years. Time had flown by mercilessly, leaving them vulnerable and without any idea of how and when they had grown apart from each other. Speaking of which, the last year was the worst.

10 October, 2020: This was the day all of them realized, that life was something too small and precious to be wasted away in only work and stress. Pranati could still remember the feeling of dread tugging at the pit of her stomach as she moved into the operation theatre- her brain was to be operated upon. A large tumor had been detected in her head, which was forcing her brain to scoot and salvage the space in her skull.

How had she known about it? It was her faithful left hand, which had suddenly started to drop things, and was unable to do even basic work like tying her shoelaces. It had let her know, and she had noticed in time. But oh, the hospital visits and innumerable tests she had to undergo in the following months… they had threatened to break her. Rip her apart. She had no clue of what was happening to her, because she could not understand the various mix of emotions that were bombarding her being all at once. There were days when she felt like crying for no reason, laughing like a loon, flying into a rage and kicking herself. There were also days when she looked back on her life and questioned the world- why did she even exist? What wrong had she done to deserve this?

All four of them settled round the table at the resort. Pranati flexed the fingers of both her hands satisfactorily. Her mother noticed, and smiled a watery smile. “How’s it doing today?” she inquired. Pranati winked. “Great as ever,” she responded. Her sister groggily walked in. “Oh,” she muttered, still feeling sleepy and sat down to have breakfast.

Pranati looked around her and inhaled deeply. Life… it would have been a synonym of ‘boring’ and ‘hell’ to her a year ago. But now… it meant everything to her.

‘Life’ meant that she could wake up every day, feel the air play on her skin, see the world around her, smell her freedom, hear the bustle around her, and taste all of her emotions fully. One little word had never made so much of an impact on her before. What she was most grateful for was… she was alive, and she could write to her heart’s content, sing until her throat ran dry, and draw and paint and… go mad with sheer joy. Pranati nibbled on her breakfast as she watched her sister deciding between cornflakes and sandwiches.

The world was really a nice place to be. She just knew it.

That evening, she strolled down the same path down to the lake. It had developed into a habit, but she couldn’t help it. The ripples in the water drew her to them like a magnet. Her sister had to return to her college the very next day, for her leave had ended.

“Whew… I’ll be turning one year older, huh?” she whispered to the gentle currents of water. They only replied in strangely hushed tones. She bent down and pressed her ear near the ever-moving surface. “What is it you say? Just live life?” she spoke again, as if interpreting the meaning of the sounds. She straightened up and watched the picturesque crescent moon reflect off the glassy plane of the lake.

To all those who are sad or depressed with life: all of this stuff I wrote above? It may have been set in the future, but the facts are TRUE. Don't give up hope and let's learn to live and love, folks! Life never lets us down for long- if we are good, life gives us our rewards in due course. To all those who read my story, please try to spread the message I am trying to convey through my experiences. Also, let's help those out who are facing similar issues! 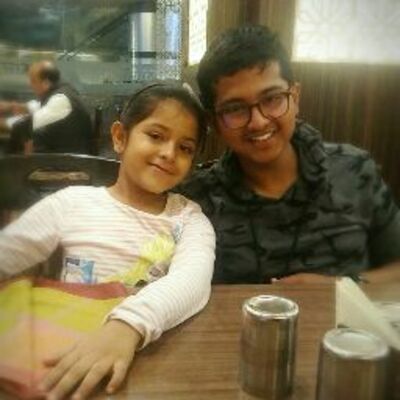 Having known you, and praying for you while you were going through all this, it was one of the scariest things I had gone through (well save the time when I nearly had a hell hound kinda dog pound after me, threatening to pull me into the underworld). Really your story is touching.

Thanks a lot for caring so much! :D