(NOTE: This story has Russian characters. So... there are two unfamiliar words used. Their meanings have been given in the comments below!)

It had been twenty-four years since she’d last seen it, but the place looked exactly the same.

Natalya was found shuffling uncertainly along the edge of the mansion. Would she be able to do it?

Her feet carried her away back to the main gate. She absolutely couldn’t do it. Never in her life did she even dream of doing it. Then what was she doing here now?

Her rare, green eyes hovered tensely for a moment near the fountain and swept in the entire scene, decked in festive décor. A beautifully paved path led straight to a huge mansion, with a fountain springing midway in a lively fashion. Water shot out of the ancient structure merrily, but to Natalya, it seemed as if each drop was just happy to be free of the narrow piping of the fountain. Lush, emerald green lawns were spread over the entire estate, with more paths spread out and benches sprinkled over the whole place.

Nope. She definitely, certainly couldn’t step foot in here again. Her feet would start shivering again, and she would finally collapse in the entrance hall of the mansion itself. She turned her back on the dreamy paradise and walked back to her car. What a waste. She had worn a really pretty dress for this occasion. The cool spring air fluttered the fabric lightly as she opened the door to the driver’s seat.

This used to be her home. This was where she had spent all her childhood.

But what a childhood- it was filled with nothing but one word.

“Natalya, what on earth are you doing? Get your feet out of that filthy piece of hosiery!” her mother screamed at her. Little Natalya, aged seven, obediently pulled off her favorite pair of socks and pulled on the uncomfortable ones her parents had bought for her. She absolutely despised that pair, but what could she do? Her favored pair was gifted to her by her maid- but they were low born. Natalya’s family was aristocracy.

“Heh, is Natalya getting scolded again?” another little voice smirked in the huge bedroom. Natalya flinched and slowly turned around to face her older sister Natasha, aged ten.

“When will you ever learn?” Natasha continued. “Give those rags to the maid. I’ll tell her to throw them away.”

Their mother bestowed a proud, brilliant smile on the older sibling. “Learn a thing or two from your sister, Natalya,” she spoke sharply. “I want you to be perfect like her.”

Be perfect like her. That’s all what the seven-year-old’s ears would ever hear. They used to chime in her head day in and day out.

Natasha is so good in her academics! What about you?

Natasha paints so well! What good will basketball do?

Natasha knows her manners! Where are yours?

Natasha has got into the top college! We want you to go too!

Natasha is turning out to be a proper lady! When will you change?

Natasha is ready to take over the family business. When will you stop being so hopeless?

Perfect Natasha. Ever since she was a child, a deep hatred had rooted itself within Natalya. Why were both of them being compared? All humans were supposed to be different, weren’t they? What was wrong in being good at something aristocrats didn’t do in daily life? If she didn’t have any discomfort in not being a lady, her family should leave her be! Instead, they had snatched away her childhood and everything she was good at. Even the genre of books she read was strictly restricted.

Natalya shuddered as all of these memories flooded her brain within milliseconds. She found that she was still holding the car door open. She took one last look at the estate- her estate- and shook her head. All of the tortures were fine, but what stung all along was that Natasha actually enjoyed enslaving her own younger sister, crowing over her and bathing in the murky limelight.

She seated herself inside the vehicle.

It was Natasha’s wedding day.

Natalya chuckled ruefully. It must be one of those marriages which her family would consider ‘perfect’- arranged with some wealthy and educated man in a powerful position, but… it would still be an arranged one, right? This was something strictly against Natalya’s policy.

Her sleek red convertible revved up and sped away. Try as she might, she was unable to forget the pain carefully inflicted on her. She was rather looking forward to stopping by at a nice pizza joint for dinner before heading home.

She did pull up near one around twenty minutes later. The bright colors flooded her vision and her tummy chimed in happily, rumbling loudly to announce its eagerness to devour. She grinned to herself and pushed the door open. ‘Paradise’ was the perfect word to describe the place she had just entered.

She looked up the menu, placed her order and sat down at one of the round tables, all alone. Her eyes wandered and drank in her surroundings, as was her habit. She suddenly gasped.

But wasn’t it supposed to be her wedding today?

Natalya carefully changed seats to make sure she was out of her sister’s field of vision. Yes, it certainly was her. But what was she doing here, waiting for a pizza while she could be having cake back at her fancy house?

Natalya narrowed her eyes. A baseball cap was pulled low over Natasha’s eyes. She seemed to have been careful to pick out the most ordinary clothes. There was almost no hint of the aristocratic flair she used to radiate in the past. Something was wrong.

Natalya cautiously tiptoed to the table and tapped her sister on the shoulder. “Nat?” she said uncertainly. Natasha shivered and jumped up at her name. Her expression was one of pure shock when she noticed who called her. Then, just as abruptly, she pulled at Natalya’s arm and sat her down forcefully, with a harried, “Shh!”

“What’s the matter? You were supposed to get married today, weren’t you?” Natalya began, but was cut off when Natasha clapped her palm on her mouth. “I’m running,” she finally whispered into her ear.

Twenty-four years. The weight of so much time hit Natalya again. She hadn’t listened to her sister’s voice since twenty-four years. But instead of feeling a familiar rage rumble from within her, she felt oddly… tearful. Happy.

“Running?” she echoed Natasha. Her older sibling nodded frantically. “I never wanted this marriage. This guy is utterly corrupt. But everyone in the family is used to me complying with their every wish, so they didn’t even feel the need to ask me whether I wanted to be with him or not.”

“You could have tried to reach me!” Natalya hissed. Natasha shook her head and smiled tiredly. “After all that I did to you when we were younger? Please.”

Natalya swallowed the lump in her throat. So Natasha did know that what she did was wrong.

Natasha seemed to have read her mind, because she resumed speaking with renewed vigor. “I cannot deny that what I did was wrong, dorogaya. But I wanted you to hate me and the family so you could try to break free and not make the same mistake as I did- comply with their wishes and bend to their rules. Our lineage has wasted precious time in spending a seemingly happy life which actually was pathetic.”

Natalya just blinked. Was she hearing all of that out of the very person who used to laugh mercilessly at her? Even if she was, was she telling the truth now? She scanned the person in front of her.

Open palms. Steady eye contact. No rapid blinking, and no sweating either. Her sister was absolutely sincere in her explanation.

And then it all came crashing down on Natalya’s head, and she was unable to contain it anymore. The floodgates burst open, and within seconds, she was sobbing into Natasha’s shirt. Her sestra had borne so much pain all alone for her, knowing full well that it would backfire on her in the future.

Yet, she had done it.

She sniffled, wiped her eyes, and looked up to find Natasha fondly cradling her, waiting patiently for her. “Come with me. I’ll be there for you now,” the younger sibling spoke up bravely. Natasha looked surprised as her eyebrows disappeared beneath her hairline.

“Do you mean it?” she asked. Natalya nodded enthusiastically.

And both of them clutched each other hard and refused to let go. They sunk deep into the warm embrace. The whole world was watching. Their family might catch up with them. They may have to get through tougher times. However, they knew all of this.

Most importantly, they were together now, and that was all that mattered.

Okay. The meanings I promised. 'Sestra' means 'sister'. 'Dorogaya' here has been used for 'sweetheart'. Hope you enjoyed! 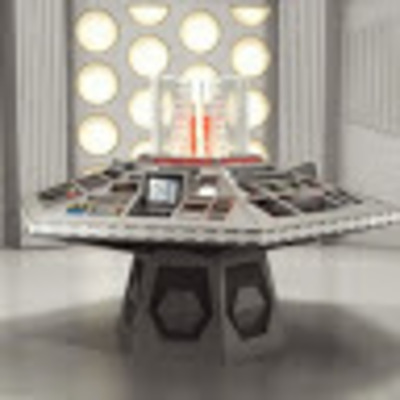 Thank you so much! I'm really glad you like it