This was supposed to be the happiest day of their lives, janie giggled and Shrieked as harry tickled her and smacked her from behind, she tried all her possible best to wiggle away from his mischievous touches but she was a second too late and he scooped her up in his arms. He looked her dead in the eyes and saw the glint of happiness and passion behind those green eyes and he knew just perfectly that she was the right choice for him

"I love you" he groaned, she was about to reply him back but he tossed her onto the bed, towered over her as she shrieked caught off guard and kissed her deeply without bothering for a reply back She swinged her arms around his neck and returned the tender kiss which grew more and more intense by the second. Harry cupped her breasts from her gown and groaned into her mouth as the fabric was a huge hindrance, he stopped the kiss, lifted her back off the bed and undid the bodice of the dress and grinned as the gown came off "do you like what you see mr. Mcrory, Harry licked his lips and kept grinning as Janie's soft and smooth skin came into light, I'm indeed one lucky bastard he thought as he resumed the kiss and fondled her breasts and she moaned into his mouth this time around savoring and enjoying every touch and kiss, her body was heating up and her pearl gate was getting moist.

Harry took his tux off and ripped off his shirt, he went in for another kiss but that was a ruse, he buried his head on her left breast and nibbled a little hard on the nipple, she gasped out, grabbed the back of his head for hin to continue, he made his way southwards for her pearl gate and that was when they heard the sound, it was a common sound but uncommon in a five star hotel suite, the sound was that of a cat meowing

They both looked at each other awed, "was that?" Asked janie, harry nodded "yes, a cat", harry redid his belt and tucked his erection between his legs which made Janie giggle. He breezed to the door and swinged it open but the hallway was empty, "there's nothing here" he said, before he could close the door the cat meowed again somewhere close, harry groaned and went in search of the cat.

There was nothing spectacular about the meow of a cat but it was oddly strange because the staff of the hotel colombes d' amour worked tirelessly around the clock to meet and satisfy their clients and occupants needs but he keeps on telling his dad and urging him for them to switch hotels for a while now but he remained adamant because the hotel was like a second home to them and there was around the clock security which harry didn't know of that his dad put in place already.

The sound was getting closer, a door opened behind him and janie spoke in a whisper "found it yet?" Harry glanced back and replied "not yet but do not worry your pretty head, this is your night, get back inside" janie smiled, bolted the door and jumped back on the king sized bed giggling like a kid. The sound was coming from the elevator and Harry pitied the poor animal, poor cat has been trapped in the elevator maybe for hours.

He pressed a button and the elevator doors swinged open but there was no cat, the sound came again and he realised it was coming from a recorder which was duct taped onto the elevator's wall "what the fuck"he muttered walking up to the recorder to switch it off. He pressed the power button with his index finger and something grazed the finger, "ouch" he said and examined the finger and it was bleeding, he sucked on it and that was when he realised too late how in the movies the antagonist makes use of poison of this type to kill his enemies leaving no trace, harry couldnt even finish his thoughts and he slumped to the ground flailing for a second and was still.

Approaching footsteps were coming towards the room, thinking it harry, janie rushed to the door and swinged it open with her cleavage popping out a little too much from the gown, she became scarlet pink as she saw it was a hotel porter, she muttered an apology and shut the door with her eyes clinged shut, she smelled her before seeing her, she was putting on their cologne, their signatory scent, the cologne she bought for her which cemented their relationship but janie knew deep down she was going to break her heart, she knew deep down she was diverse and a bisexual which was a blessing but Jackie wasn't, she was only a lesbian, which was her curse and janie knew there wasn't a light at the end of the tunnel for their future but a marriage with harry McCrory, that was more than a light at the end of the tunnel.

She opened her eyes and jackie was seated at the edge of the bed in a sundress , "hello monkey" And she grinned, Jane had never seen this look on her face before and she knew deep down the meowing cat was her doing, "where's my husband?" Janie asked, jackie scoffed "y'all been married for two minutes only" janie added enough steel to her voice and asked again "where's my husband?", there was an eerie silence and jackie replied "dead" Janie's breath caught and she fell on her ass "I know you still love me, I know you was only pretending to enjoy his kisses and caresses" said Jackie and she walked up to janie to touch her hair "get your hands off me you sick bastard"

she yelled, jackie flinched, but she tired again to touch her, janie started laughing and raised her head up with her eyes filled with tears "don't you get it, I'm bisexual, I wasnt pretending shit with him, I never loved you, I only used you to pass time and to experiment, you are nothing" Jackie could see the finality in her eyes and hear it in her voice, she almost shed a tear but she held it like the iron woman she was, she was already anticipating this and the disappointment hit her like a freight train, she touched her hair again out of nowhere a hunting knife surfaced which glinted under the light and by then janie knew it was too late, 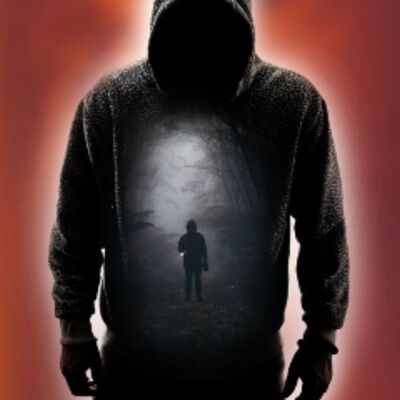