Artie Adams and the Pens of Fate (part 2)

“It doesn't count as a victory if you are already planning your demise. You can’t give up. You have already worked so hard to make this world a better place,” my best friend Tina continued to ramble on as she pushed my wheelchair on our way to the children center for kids who are in bad situations like at home.

My name is Artie Adams and I am student body president of Phoenix Mountain High School and a part-time employee at the center. Dream jobs come easy to some teenagers, but that’s not the case for me. For me, it is hard because I lost my ability to walk when I was five years old trying to save a classmate from an abusive situation. I couldn’t save her and her mom tried to run me over because I got the cops and CPS on her. She was put in jail, but after the death of my classmate, I was diagnosed with depression and have suicidal tendencies. I try to have a positive outlook, but the past still haunts me. If it wasn’t for Tina showing up at the park when she did I would have died. My dream job is to become a hero of justice, and I have a secret...

“Are you still listening to me?” Tina’s voice pulled me out of my thoughts. “I said that you shouldn’t give up just because your mom is sick. When a person has a child, they forget about their dreams because their kid’s dreams become their dreams.”

“It’s not just that, Tina. Changing the world is hard and impossible for someone like me." The truth is that I hadn't given up. I just need to go home and use my gift.

When Tina carried me on her back when we were five to the hospital, we came across a girl with a pencil box. She looked about fifteen and had half of her head shaved. When she looked over to us and smiled. Then, she walked over and put me on her back.

“He needs a hospital,” Tina sobbed between words.

“I can get you guys there faster. Plus, I think you, Artie, can help me with something.”

“How do you know my name?” I was slowly blacking out. The last thing I heard was the girl’s voice, “I know a lot more than just your name, Artie Adams.”

When I woke up, I was in a white hospital room. Sitting by the bed was the girl.

She pulled out her pencil box with a smile on her face. “What I’m gonna show you is very important. Only a few people know and some will do anything to get their hands on this power.” She pulled out a white pen with the word fate on it. “This is one of the pens of fate. It has the power to rewrite the personality of a person in hopes of changing the future. Its power is limited though. It can only change the way a person thinks in the situation as well as the person's character. It cannot change the person entirely, and it only works for certain people. A great enemy is approaching and only you and four others can change the world to stop him, and I cannot help you besides preparing you for what's to come. The enemy has taken one of the pens of fate. Right now he doesn't know its true power, and it won't be long until he finds out.” I was a 5-year old kid and I didn't quite understand what she was telling me at the time until she proved the pen was real and this was a joke. As she turned to leave after setting the pen on the nightstand I called out, “Who are you?” She stopped.

“It doesn’t matter if you know my name. You must remember that only you have the power to save us all.” Then, I never saw her again.

When I got home, my pen laid on the desk in my bedroom. I rolled over to my desk and started to flip a yearbook that laid beside the pen. I had been looking for the missing pen. I saw the gas link at the apple farm on TV, so I started to suspect a student at the high school for several reasons. It has to be someone I know. I pulled out a packet of paper and started writing. My plan is to change each student to see who isn’t showing their true self. I have already made it to the letter “E” and still no luck. As I read through the names, one stood out from the others; Ethan Eval.

I will keep fighting, and protect everyone. That is my destiny. I’m sure you are a pen holder. I won’t hurt you if I can’t change you- only you can change yourself then.

The next day, I rolled my wheelchair beside the freshman named Ethan Eval. I have to act normal or he’ll suspicious.

“Hello. Are you Ethan Eval?”

The boy’s long brown hair blew in the November wind as his green eyes twinkled with worry like he had committed a crime. I knew it.

“You’re the student body president... d-did I fail an exam?”

“No, in fact, your grades are spot on. I need to talk to you alone and out of earshot. Now, if you can follow me.” As we crossed the courtyard in front of the school, Ethan’s body langue changed from calm to completely fearful.

As I explained to Ethan the power of the Pens of Fate, Ethan’s green eyes changed from kind and loving, light green to a dark, power lusting emerald. I can’t change him, I thought as I backed up. Ethan started to laugh dementedly as if he had completely lost his mind.

“I know what I must do now,” Ethan smiled when he spoke, “I must kill for the good of this world! I WILL BECOME A GOD!”

“No, Ethan. Please listen to me. This is not some anime TV show and if innocent lives are lost because of you trying to play god! YOU’RE NOT THE PROTAGONIST- YOU CAN’T JUST KILL PEOPLE! THAT’S NOT JUSTICE!”

Ethan’s face went back to normal, “Right, sorry. I guess that all that power went to my head. I promise not to use the pen.” After saying that, Ethan turned around and left me.

He is lying, I thought.

A really well thought out story of course! I loved it! 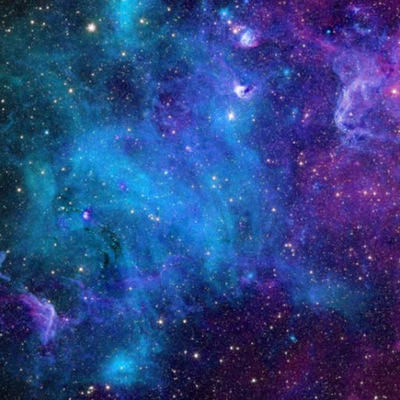 Wonderful story, Ashlyn! I loved the descriptions you incorporated into your writing. Here are a few things you can work on: -Instead of saying "Hi, my name..." and "I lost my ability to walk when I was five years old..." you can try to state those facts in your passage. For example, Tina could have mentioned the main character's name so you wouldn't have to tell it so forwardly. When you talk about how the character lost their ability to walk, you could have said "my eyes drifted over to my legs which rested on the black seat of my whee...

Wow, this story had an epic twist! At first glance, it is a boy fighting depression, but this story is so much more! PLEASE, please, PLEASE, make a part 2 for Ethan!

Spelling is my weakness.

Wow, this was amazing! Great job!