"Can you keep a secret?"

“Sure.” Freddy's attention was fixed on the tiny blue tractor ploughing its way through the brown mud mountain, creating a tyre-track trail for the red tractor that trudged behind.

“You have to promise you won't tell.”

“I won't.” The tractors crashed together in an explosion of stones and soil, the red one took the lead, “Brrrrrrrrrrmmmmm.”

“Okay, I promise.” Still he paid little attention to her, his mind fixed on the dramatic race that was unfolding before him, the tractors jumping from stone to stone in a supernatural display of cartwheels across the sky, as they fought their way to victory.

“Did what?” Red flew through the grass and skidded past the finishing stick. Blue toppled to it's side, crippled by a hard lump of soil.

Freddy's jaw dropped. The tractors were no longer important. He stared up into his younger sister's wide, innocent-looking blue eyes, remorseful and pleading.

“You can't tell, you promised.”

He could see her tears beginning to form. Her lips turning downwards as she quietly sniffed.

“In the playing field.”

“You promised you won't tell!”

She turned to walk back towards the house, dragging Barney the one-eyed bunny limply behind her. Freddy ran to catch up.

“You're going to get into so much trouble!” He hissed.

“Why did you do it?” He whispered, as Mummy cleared their empty plates from the dinner table.

“I don't know, I just felt like he wasn't happy in that cage. Like he wanted to run about and be wild. To have other mice for friends and a more exciting life.”

“He gets to run about at playtime.”

“Amber you can't...” Freddy raised his voice. Amber pressed a finger to her lips.

“You can't keep doing things like this,” He whispered, “you'll get into even more trouble. They'll send you away.”

“I won't get into trouble,” she solemnly held his gaze, “unless you tell.”

The red tractor glided over the smooth brown laminate and crashed into the oak skirting board, toppling backwards onto its side. Freddy threw the blue tractor at the wall and it fell with a crash, the front left wheel popping out of its socket. He kicked it angrily and it cracked into two.

He wondered what would happen if Amber got found out. She had one more chance, they'd said, or she'd have to move school. They had said they would send her away. He didn't want to think about it. He would hardly ever get to see her. He couldn't imagine not having her around. There would be no one to play with in the afternoons and she might even forget about him completely.

The red tractor smashed into the wall and shattered into pieces. He wished she would just behave; sit down and listen in class and do what she was told. She was always causing some sort of disruption. Running around and climbing out of windows, refusing to stay still, answering back.

He had told on her once before. It was horrible. She didn't want to go to class and was hiding in the tree-house. He knew she was there, of course, it was her favourite place to go. She had been so angry at him. She'd yelled and screamed and called him a snitch, and didn't speak to him for days.

“You're supposed to be on my side.” She'd sulked.

She had forgiven him in the end. Barney the bunny had lost an eye and she'd needed Freddy to bandage the wound. She'd told him she liked it better when they were friends and he'd agreed. They'd made a special hospital bed for the injured stuffed rabbit and all was forgotten.

Freddy felt a funny kind of churning in his stomach. He knew the right thing to do was to tell. He always told the truth, always. But this was so serious. He wondered, just for a moment, if telling was really always the right thing. He wasn't sure. Hoping for a way around it all, he began to hatch a new plan to help her.

“I followed you, what are you doing with that box?”

“I'm catching Jerry and putting him back.”

The empty cornflake box lay on its side in the yellow-green grass, a tiny cube of cheese placed carefully in the back corner. Amber giggled.

“I don't think he'll be interested in that box. He's got the whole field now.”

“He'll want the cheese. We have to catch him. This is serious, Amber. if we don't find him they'll send you away.”

“The adults will find out that you did it.”

“Only if you tell, no one else knows.”

“The adults always find out.”

“Are you going to tell?”

“You always tell! You're such a goody two shoes!” She yelled, “You promised you wouldn't, why do you always tell?”

“Because its right. It's honest. I just like to do the right thing. I don't want to get into trouble, and I like that all of the teachers like me and say I'm being good.”

“Everyone thinks you're a snitchy teacher's pet,”

“Why don't you just behave?” He said, “Just sit still and do what you're told? You're always causing some kind of problem.”

“Because I hate it!” She screamed, “I feel like Jerry! Like I'm trapped in a cage being forced to do things I don't want to do! I just want to be outside, to run about and feel free. I hate sitting at a desk. I hate the letters and the numbers, and I don't understand anything. I want to play, not try to make stupid words and get them wrong.”

For a moment they were silent. The sun was setting, the hedgerow trees casting long shadows across the field.

“I like it,” Freddy said softly. “I like learning something new and working hard to understand it. I like getting things right, and being told well done. And I like feeling like I've done something good, that what I am doing and how I am behaving is right.”

“Maybe its not right for me.” Amber was about to cry. Freddy put a comforting arm around her shoulder.

“Do you want to move schools?”

She shook her head.

“If they send you away you'll have to be at school all the time. We won't be able to play together in the afternoons or even see each other except on holidays.”

“I won't tell.” He sighed. “But promise me that you'll at least try to be better. Just try to stay still and be more quiet. I don't want you to go away.”

“I don't want to go away either. Will you help me?”

“Will you help me to understand the numbers and the letters?”

Freddy grinned and puffed up his chest.

It was almost dark. They walked home in silence, the empty cereal box hanging from Freddy's left hand, and Amber's smaller hand clasped tightly in his right.

Freddy's stomach was shaking. They would be able to find out what had happened, he was sure of it. If there was one thing he had learnt in his eight short years of life it was that adults always found out the truth. That was one reason why he always told them what he knew, so that he wouldn't get into even more trouble later. He had never been in trouble and had never wanted to be. He held his breath nervously for a second, there was a first time for everything and today was going to be it.

He had not slept much that night. He'd continually played out scenarios in his head of what could happen if Amber got found out. He'd tried to imagine what life would be like if she got sent away. How much he would miss her, how bored and lonely he would be without her around.

He'd remembered her as a baby. How much he'd loved the soft, squidgy plaything that had suddenly entered his two-year-old life. He'd thought of all the fun they had had together; climbing trees, building dens in the garden, arguing over who could do the best somersault. All of that would end if she went to boarding school. He couldn't remember what it was like before she was born, but he knew it could never have been as much fun.

Over the course of the night, he'd started to see some things differently. Their conversation in the playing field had made him wonder if the adults really did always know what was the right thing to do. If they knew what was best, he'd thought to himself, wouldn't they know that being in the classroom wasn't right for Amber? Wouldn't they understand how unhappy she is there? He lay there wondering if it really was the right thing to always do what he was told, without question; and even if it really was best to always stay out of trouble.

He'd tossed and turned, certain that he would do whatever it would take to make sure that Amber didn't go away. There would be nothing worse than life without her. Perhaps no one will ever find out, he thought; but he wasn't convinced. After hours of turmoil, he realised that there was only one way he could be absolutely sure that no one would ever know it was her. It filled him with dread, but he knew it was what he had to do.

The Headmistress addressed the assembly hall.

“This is a very serious matter,” She said. “Someone in this room knows what happened to Jerry, the class two mouse, and the longer you stay silent the greater the consequences will be when we find out.”

An outburst of sniggers and sniffles erupted. A few of the class two girls began to cry.

Freddy had never felt so nervous. His stomach was churning and moving in all of the different directions at once.

“Does anyone have anything to say?” The headmistress asked sternly.

“It was me, Miss.” He said timidly. “I set him free. He was unhappy being trapped in that cage all the time. He needed to run around, to play with other mice.”

A mixture of gasps and whispers flooded the hall. Eyes opened wide in shock. 'Freddy!' The whispers echoed. The last person anyone would have expected.

The teachers' eyes were stern, Freddy had never been looked at that way before and his lip began to quiver. He wondered what was going to happen, what kind of trouble he would be in.

Amber's gleaming eye caught his from across the room; thankful, approving and adoring. He relaxed a little. Whatever was going to happen, it would be okay. Nothing would be as bad as if she had to go to boarding school. He shot her a secret smile, realising that this was the most right thing he had ever done. She smiled back. The nervous chruning in his stomach changed to a rebellious excitement. He knew a secret and he was never, ever going to tell. 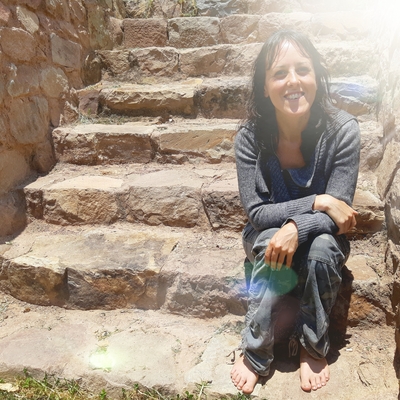