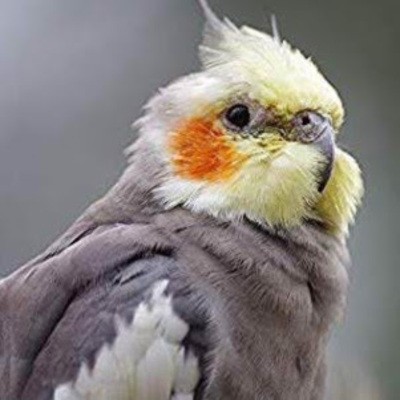 I clasped the stranger’s hands over the wooden table, and I sat across from him. His face fell immediately, no longer smiling. Most people reacted the same way when I didn't pull out the crystal ball, the tarot cards, or try to read their palms. I have never been one for gimmicks. I was the modern day prophet sent to this Earth to shed the light and show the truth. Such people did not experiment with schemes and tricks. I did not lie.

His chubby hands were hot and sweaty in mine. His excitement dimmed, as he realized his visit to the psychic reader was not as interesting as he thought it would be. But, that expression would soon change.

“Please do your best to clear your mind and close your eyes, my talents work better when people do,” I told the bald man. He rolled his eyes in a subtle way, but did as I asked. I closed my eyes as well. I could feel the anger that would soon be present in his own life, not too far from now. He would struggle with the complex emotions of pain and betrayal, seconds after I told him the truth and his future.

I told him to open his eyes, and I let go of his sweaty hands. “You are going to move to Colorado within a few months-”

“Really? I’ve always wanted to live in Colorado!” The stranger exclaimed, his eyes now full of excitement and belief, no longer doubtful. I could feel my own frustration rising to the surface.

“Yes, but due to an unfortunate event.” His face fell once again. “Your wife, Madeline-” The bald man cut me off once again.

“How do you know her name?” the bald man asked accusingly, pointing a pudgy finger at me, and I pushed his hand away from me.

“Do you not trust my powers? Do you wish for me to tell you what your future beholds? If so, please stop with the interruptions and accusations,” I told him, and then continued. I braced myself for his reaction to come. “Your wife has been keeping a secret from you,” he leaned in closer, hungry for answers. He reeked of booze, cologne, and body odor, all mixed into one. Ignoring the stench, I carried on. “She has been having an affair with James, your coworker. Your ties to one another will be severed by a divorce, and you will leave your family to live in Colorado for a new start to life.”

The man turned as white as a sheet, a peculiar sight due to the fact he was already a pale person to begin with. He then turned beet red from the chin up, like something out of a cartoon. Standing up from his chair, he walked backwards, while pointing an accusing finger at me again.

“Cut it out with the bull! Who the hell do you think you are, to tell me my wife would do such a thing? You know nothing about me!” He ran to the exit, and escaped as quickly as possible, slamming the door. I sighed. His reaction was the reason I made all of my clients pay before I read their futures. I would lose a lot of money if I did not do so.

His family will experience much pain due to my interference. But it had to be done. It was the truth. If he hadn’t come to me in the first place, his pain could have been spared. But I did not lie. It was my job.

Sometimes I wondered if I caused more harm than good. It just so happened that the people with the worst futures came to me, and left horrified at what I told them, only to realize I predicted the truth when Time confronted them. But, they came to me, and that was why I was here. To give the truth, no matter how dreadful.

After the unfortunate event, another man walked into my room, wanting his own future to be read. I could already sense future pain in his own life, then to be cut short. This was not going to be good. He wore a sneaky smile on his face as I signaled him to sit down in the chair. Oh, how that expression would change in only a few moments.

He paid me the standard fee before I began. I almost told him to leave the room, his future was one I did not want to tell. But, I did my job, as he came to me in search of answers.

I held his own hands like the man before, and his were rough and calloused.

I told him to close his eyes and clear his mind, and I delved into the future.

Immense pain, but not like the stranger before. This was much, much, worse. Unbearable sadness and dread.

I held back the tears that welled up in my own eyes.

“I am so, so, sorry.” His eyes snapped open, and his own confusion was evident on his face. “The murderer of your family will never be found. Your family will not be avenged, and you will have so revenge. You will seek justice, but none will prevail.” I bowed my head in respect and fear, unable to meet his eyes any longer.

“Murder? My family? What the hell are you talking about? No one has killed my family!” He stood up more angered than the man before, knocking over the chair. “You will go to hell for saying such terrible things! Only the devil would say something so cruel!” Shocked and full of terror, he fled the room quickly for all he acted brave and spiteful. I don’t blame him.

For once, the truth didn’t seem like a better option than a lie.

His family was murdered moments before he placed his hands in mine. A wife and two sons, dead. He will blame himself heavily for the terrible deeds of another person, and I feared his own life would be cut short due to my own predictions.

The next day, I took my daily walk around town before I settled into the dark room which people came to visit. I worried the entire morning about the man I spoke to yesterday. I worried that my own interference with his future caused more harm than good. I could sense his own impending doom and I feared something may have happened to him after our meeting.

I walked by the grocery store, but some unseen force pulled me to go inside for no reason I knew of. I walked inside, and there was the rack of newspapers by the counter, drawing me in. It caught my eye immediately. There, on the front page of the newspaper, was a picture of the man I saw and his family. It described the murder that took place only a few hours before the man named Ellis Rogers headed home. The only people to greet him upon his arrival were the dead bodies of his family. His wife and two sons. Dead. As soon as the realization of what happened stuck him, he ended his own life, unable to bear the pain.

I collapsed onto the hard cold floor, wailing for everyone to see.

It was my fault. If he had not visited me, maybe he would have stayed with his own family instead, to protect them. Maybe, if I hadn’t told him the truth, he wouldn’t have blamed himself so heavily for what happened. He dismissed my predictions angrily, only to realize that I told the truth, and he hurt himself because of it.

I continued to sob on the floor, as tears dripped onto the newspaper lying next to me. The store was silenced, all eyes were on me. They saw the crazy lady. They knew not of the grief I held. Two employees dragged me out of the store, and closed the doors behind me. They told me I couldn’t enter the store ever again.

I cried for Ellis Rogers, the man whose life I ruined. If not for me, maybe his family would still be alive. He would be alive.

The next day, I returned to the room and played the role of a psychic. I was gifted with these talents, so I needed to use them, no matter the cost. I managed to hold back the tears that threatened to fall, and carry on with my job.

A girl walked into the room. Just in her teens, she eyed her surroundings nervously. I could see her friends outside the window on the door, taunting and laughing. A dare, I’m sure. She came to this place in no seriousness, only to prove her courage and desire to join her companions.

I treated her the same as everyone, to sit, close their eyes, clear their mind, and hold my hands.

Her fate was no better than Mr. Ellis Rogers. Death. I could feel the presence of death surround her, no later to come within a couple of days. There was no escaping it, Death was coming for her, no matter what she did.

I could not tell her this, no. No. No. But I cannot lie. But, there are some situations where lying is better than the truth, in order to protect someone. So, I broke my own rule to protect her. If I told her the truth of her future, no doubt she would despair and distress her last few days. I did not want to inflict such anguish upon her. So, I lied. A little lie. The truth, but not the whole truth.

“You will embark on a journey that will not take much of your time. In the end, your journey will end and you may feel a sense of incompletion, but I assure you, is not. You will become bold and daring over the next few days.”

She opened her eyes, and I could sense her disappointment. She expected more. Nevertheless, she exited the room to greet her friends, and laughed with them. She was happy, and I told a lie. Ignorance is bliss.

Great story! Usually it seems like it would be a great gift to be able to predict the future, but your story shows that ignorance can be an even greater gift. Nice job!

I love the spin you put on this prompt - psychics/mystics/however you describe them would have so much pressure on them and the constant decisions whether to tell the truth or not. I noticed a couple of typos: "I told him to close his eyes and clear his eyes, and I delved into the future" - should be 'and clear his mind' "The murder of your family will never be found" - should be 'the murderer' Super minor things that just showed how engrossed you were when writing it! I like that she was pulled into the store by "some unforese...

Thank you! I will definitely make the changes.