Breaking Into A Million Pieces 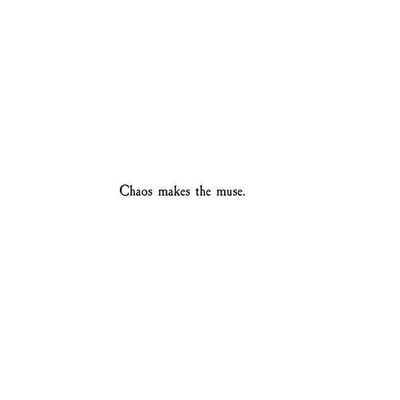 This was supposed to be the happiest day of their lives, but it turned out to be Jade’s and Sam’s worst nightmare. Today’s date was October 29th, 2017 and Jade was getting prepared to celebrate her 1st anniversary with her boyfriend at the time. She seemed so excited and you could see the happiness beaming off her face. Jade had decided to throw a party for her friends and her boyfriend to celebrate the special time, but there was a lot to be done in the next few hours.

" Lina!” Jade screamed at the top of her lungs hoping that her bestie would come downstairs so they could get started on the million tasks they had to get done. “Lina if you don’t get your ass down right now I swear!” shouted an impatient Jade. “Omg I’m coming, I’m sorry I took a long time to get dressed not all of us can go out looking like that.” Jade rolled her eyes as she didn’t have time for Lina’s theatrics and they were the last thing Jade cared about right now.

“Ok we picked up my dress, we got the cake and all we have left is the balloons. Not bad for us, high five Lina!” Jade and Lina got all their tasks done and proceeded back to the hotel lounge which was in the hotel all of her friends were staying for the week, and where the party was going to take place. They set up the balloon arch they had filled up a day before, hung up the banners, the tables and rested the cake in the center of the whole room. “It looks perfect,” said Jade with the happiest voice. “Yeah now that the room looks good so should you,” says Lina pointing her finger at Jade.

Jade was a naturally pretty girl. with her eyes hazel as the colour of honey, hair that flowed behind her as silky as chocolate and the blackest colour that existed. Her lips thin but still naturally pink and her whole face shined differently when she smiled. This occasion was very important to Jade and she wanted to look her best for Sam. She slipped on her short red dress that brought out her hair and applied a blood-red lipstick and looked like no one more perfect could exist. She applies her eyeliner and puts on a bit of blush as she didn’t believe in makeup that much. Jade walks into the room and all her friends’ had the same expression.

Then the love of her life walks in and Sam observes her from up and down and only has one word for her, “wow.” Jade blushes and her whole face turns red because, in the end, it all came down to one person and his opinion only. The party continues and Jade and Sam have the best time and the only person Jade can seem to care about is Sam. She realizes how this past year has just been so amazing and how she was always smiling, and how she was proud of herself for coming this far. This is what true happiness felt which is something that Jade couldn’t stop thinking about.

Dinner is served and Jade couldn’t seem to find Sam anywhere. She searched the whole hotel room which wasn’t exactly the largest room so she wondered where he could be. She also couldn’t seem to see where Lina was and figured she was probably really drunk so she wanders to Lina’s room and opens the door with the second key she had and she froze. It was like time had slowed down and all that was around her was a blur. She felt her eyes fill up and her vision become obscured. It was Lina kissing her boyfriend. Jade felt every single bone in her body fall apart and felt like she was betrayed. Sam sees her and comes toward Jade. Jade wants to move away from his touch, away from him but she can’t, she’s frozen and can’t seem to let go of the door because she knows if she does she’s going to fall to the ground.

“Jade I can explain I’m sorry,” Sam pleads but Jade can’t seem to respond. Jade slams the door and walks down the corridor and breaks down. The feeling was so painful and she felt her mind clog up and she could barely hear her pains of scream. She felt the wet tears trickle down her face and onto her dress. Jade squeezed her dress and just felt like this was the end. All those memories of her smiling made her head hurt as she couldn’t even think that she could be happy anymore. She was in so much pain and her thought keeps going towards Sam wrapping his warm arms around him, kissing her forehead and getting a sensation of safety. She tries to get him out of his head but she can’t. She can’t forget the way he made her smile, the way his eyes lit up when he saw her, his beautiful smile, his touch and how she won’t be able to love like that again. “I just want to get rid of the pain,” Jade screams in between sobs.

She goes to her room and she catches her reflection in the mirror of her bathroom. Her mascara dripping, her lipstick smudged and her glow gone. Jade sees her reflection and can’t believe that it’s her. “What’s wrong with me,” she says as she traces her perfect face. “Was I not pretty enough, not good enough,” and she breaks down again. “I CAN’T GO THROUGH THIS PAIN AGAIN!” Jade screams. She decides to go in the bathtub and spots her razor and she feels something inside her shift. Sam and Lina go looking for Jade and as they enter her room, they see the water coming out of the bathroom in a reddish colour. Lina screams and covers her face while Sam is in shock. They both cared for her, but by then it was too late.