Normal was that night in Nice, France. I was strolling along the sidewalk surrounded by beautiful, light pink trees. When I turned away from my path, I heard screaming. Jerking my head towards the sounds, my eyes captured a woman, lying on the road. A red puddle oozed from her lifeless body. Running in panic and hearing two other screams, I slammed into a wall and fell like a chopped tree. Dazed, my eyes tried to refocus. I saw three men dragging five women into a huge van. One man was holding three knives covered with blood. “Memorized their faces!” my brain shouted, “Foolish of them to not wear masks.” I could tell that the women were dead because the screaming had ended. Two other men were mopping up the “mess” they had created, leaving no trace behind them. Swinging my head sideways, I spotted a police station nearby. I ran as fast as my legs could, but luck was against me; I tripped over an abandoned brick and toppled over the rocky road.

I could no longer hold my injured body, so I rested near the trees. I woke up to see the sun shining and a police officer talking to his assistant. While walking towards them, my boots crunched on some leaves. “Excuse me,” I started. “I would like to report a murder that had occurred yesterday; I have witnessed the situation.” “Bonjour Mademoiselle. What could have happened yesterday? The police officers were all over the place. Anyways, you were lying next to the tree over there. How can we trust you?” the skinny tall French officer condescended. “I saw it with my own eyes. I wish I had a polaroid to show you. They left no trace behind them, but maybe they still didn’t clean the blood from their knives. Also, I memorized their faces. Besides, what are you going to lose?” I shot back. “That’s a good point; we have nothing to lose.” said an English man. I could tell he was English because he had that accent. “Yes, I agree. Can you give us some details about the murderers, please?” said the other officer. After providing them with all the information I could recall about the crime and how the mysterious men looked, the police officers thanked me and drove me back home.

I think they were gathering the ideas of their hideouts because the very next day, they picked me up and had written a list of many places we should look for them. While in the car, I tried sketching the man that was holding the three knives. I tried to add as many details as I can before we head to search for the murderers. “Mr?” I started. “Mr. Enzo. Call me Enzo if you like.” said the French officer. “You can title me, Mr. Liz, or Liz. Your choice. And you are Miss?” questioned the English officer. “I am Carmen. My parents nicknamed me Cam.” I replied. When I completed the sketch of the murderer, I showed it to the officers. “You are an artist, Carmen.” said the French officer. “That’s an agreeable choice. It’s blinding my eyes.” whistled the other “I think we’ve seen someone identical to him, haven’t we, Enzo?” “Yes, he looks exactly like Mr. Jeffery, the mean, rich man who lives on this street. Just a couple of blocks away,” muttered Mr. Enzo. I handed Mr. Liz my drawing. “You got it!” said Mr. Liz, springing from his seat as he bumped into the ceiling of the car, “That guy hates everyone, of course, he would do anything to get rid of them. Lead the way, Enzo!”

The wheels screeched as we arrived at an enormous castle. We opened the car doors, all except me. I was afraid something bad would happen. Mr. Enzo opened the door, bowing, “Your majesty. We’ll be late to catch the slayers.” Me and Mr. Liz laughed. I never knew that Enzo had such a cheerful sense of humor. I got out of the car, as all of my fears faded away. It was a dream come true to become a police officer helper. “You did it again, Enzo. You should start memorizing the roads, you know.” scolded Mr. Liz. Enzo looked embarrassed. “But wait! Don’t you think we should inspect the house? Maybe they’re related. We can still find evidence.” I shouted as they headed in the opposite direction. They stopped in their steps. “You are a genius!” they said. We rang the doorbell, but nobody opened for a long time. “Do it, Enzo,” Mr. Liz said. Before I knew what was going on, Mr. Enzo crashed through the door using his shoulder. To my surprise, it opened. It revealed the most unpleasant colony of bats. Luckily, they all were pushed outside by flour dripping from the top. I bet Jeffery knew that someone would catch him.

We split up and avoided most of the traps. If I haven’t told you already, I have great admiration for books. I reached out for the designed bookcase on the corner. Suddenly, the world was flipping too fast, and I was getting dizzy. I was in a secret room! “Look what I found!” I shrieked. I heard footsteps coming near the bookcase, “Where are you?” I could hear Mr. Enzo and Mr. Liz say. “One of you lean the bookcase, and the other stays back,” I instructed. I bet they thought I was insane, but they did as I commanded. Mr. Liz came in, and Mr. Enzo stayed out. “What do we have here?” Mr. Liz asked. We found a bulletin board that had some markings. It was marked with a red pen, traveling from Nice to Paris. Another picture was pinned at a group of people. Mr. Liz detached the bulletin from the board and put it in a cardboard box. “We’ll put all of the evidence here,” he said. I set the three knives covered with blood, an old rag, a couple of suspicious papers, and some books about weapons in the box. “Enzo, would you hold the bookcase? Be careful not to lean, though,” Mr. Liz asked. “Alright,” he replied.

After that, we packed some supplies and flew to Paris. “I’ve always wanted to visit the Eiffel Tower.” I thought on the plane. “Maybe I can once we’re done.” After what seemed like an hour and a half, we finally landed at Roissy Charles de Gaulle Airport. We tried to hurry up and find a hotel room. Back at the hotel, Mr. Enzo and I reviewed the bulletin board and found that one of the pictures that were pinned was near the Eiffel Tower. “Are we going to the Eiffel Tower?” I asked. “Yes,” Enzo answered. “I found a taxi!” Mr. Liz met us in the lobby. When we entered the taxi, it was so quiet you could hear a pin drop. It seemed like forever before we arrived at the Eiffel Tower. You can say I was a talkative person.

Mr. Liz was talking on a walkie-talkie and Mr. Enzo was swinging the handcuffs that were stuck to his belt. “Screech!” I heard it coming from behind me. Ten cars and seven police helicopters surrounded the Eiffel Tower. Mr. Enzo gave Mr. Liz a speaker, “You’re surrounded, Jeffery, come down and we will do no harm.” the speaker echoed as Mr. Liz spotted Mr. Jeffery. A police helicopter landed right next to us. “Well, why don’t you get in?” Asked Mr. Enzo. “You’re the one who caught the murderer, kid. You get to handcuff him.” Mr. Liz said proudly. “Okay, I guess!” I replied getting into the helicopter, but inside me, I was really happy. Almost reaching the Eiffel Tower, Mr. Enzo gave me a handcuff, “You have certainly earned it, Carmen.” “Thanks!” I smiled. It felt great stepping on the tower for the first time. Handcuffing Jeffery, the crime had just ended.

Just when we were about to leave, Mr. Liz handed me a packet of golden police badge stickers. Mr. Enzo gave me a pair of handcuffs saying, “Catch the bad guys; we believe in you!” We waved goodbye, but it won’t be the last time I would see them. 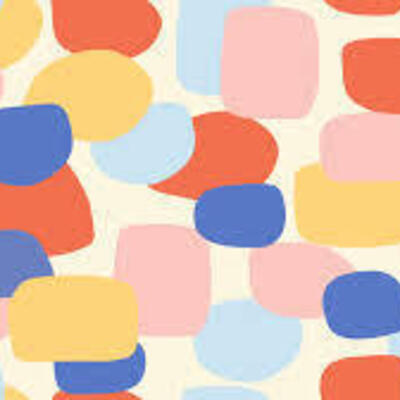 I feel kind of late, but this is very well done!

No problem! Late never comes near :)

This is awesome! Feedback I would give would be to use more paragraphs, so it's not all bunched together. The story is great, though. Good job!

Thanks, I'll try using your feedback!

Thank you for reading my story!