Burn the F*cking House Down: Episode 3

“Okay, Wizz, do you want to tell them the surprise? Or shall I?”

“You always have such a flair for the dramatic, Paul. You go right on ahead.”

“Always such a gentleman. Folks, last time you heard us, we were testing out some magical new coffee drinks. Well, you won’t believe where we are this fine morning. After spending endless amounts of money––”

“––none from our sponsors or our fans, of course––”

“––and lots of last-minute planning––completely legal and ethical, of course––we managed to scrape up two rocket tickets to…hold your breaths…Pl––”

“You have got to be kidding me. You absolute dipshit.”

“That’s right, folks! We’re touring the grand opening of Planet Astrid at the main port city, Golden Kingdom. We’re at the legendary farmer’s market to share with our listeners some of the extraterrestrial goodies you can be sure to find on your own visit!”

“I may have just tried a few extraterrestrial mushrooms, yeah. That’s what Paul meant to say, folks. But he’s sober. So, ya know––we’re responsible. Sort of. Maybe. Yeah. Obviously.”

“What were they called again?”

“Wizz, you just said that. I meant, what were the mushrooms called? So our listeners know what to buy––er, what to avoid?”

“You know what’s weird, Paul? Mushrooms. It doesn’t make any sense. Think about it. Mush. Rooms. Are rooms mushy? Or is it for those sled dogs? Mush? Get it? Mush. Mush. What a weird fucking word, man. What does one do in mush rooms? Can you sleep in them? Are there windows? A bed?”

“Haha. Hahahaha. Mush in the rooms. Rooms of mush. Mushrooms.”

“Folks, I’m dreadfully sorry about this. I’m just going to get some water for Wizz here. There we are; right over here, buddy, just at this stall. That’s it. Here’s a cup––thanks, sir. Ladies and gents, a nice young man stationed at this very awesome beverage stall just offered us this here cup of water, which I’m now pouring straight down Wizz’s hatch until he swallows the last drop. That sounded dirtier than I intended, but ya’ll can pick up what I’m putting down. Yup. There it is. Better, pal?

“I don’t think that was water.”

“Dammit. Well, folks, this is just a travesty. I’ve been informed by that young asshole––er, gentleman––at the beverage stall that this bloody drink is actually a type of hallucinogenic liquid found in the hybrid swamp-desert regions of this planet. They call it…well, they call it Delirium. So, while this is very unfortunate for Wizz, this is absolutely hilarious for me.”

“Delirium? So, you mean on top of tripping actual planetary balls I’m also gonna be hallucinating? Are you fucking kidding me?”

“That is fucking awesome!”

“Huh. Well, folks, that’s certainly a different response than I expected. So, thus far, Wizz has tried some extraterrestrial mushrooms and some hallucinogenic liquid. This trip is proving to be…out of this world. Right? Right, Wizz? Get it?”

“Um, folks? Wizz is on the ground. Give ‘im a minute to catch his breath. And his life. He might actually die. You look a little purple there, bud––”

“What in the actual fresh hell is that?”

“Uh, folks, Wizz is now pointing maniacally at something behind me. Can’t see anything. Guess that’s the Delirium talking. This is going to be a very long day. Wizz, can you stop––people are staring at us, Wizz––”

“Alright, folks, I’m now heading to a medical tent and dragging Wizz here behind me because he honestly doesn’t seem like he’s in the best shape. Ah. There’s one. Just a few more steps, buddy. There we go. Hello? Yes? My friend needs some…yeah. Whatever that is. I'm just going to pray that it's not something else that will fuck him up, but at this point, anything goes. Wizz, just take the goddamn fluids. Okay, folks. There he goes. Looks like an IV drip but at this point, who actually knows. He’s starting to…yup, he’s starting to come around––”

“Well, you did take some alien shrooms and some alien plants. Sounds like that’ll do it to ya.”

“Hey, folks, don’t worry––I’m alive. I think. Although I wouldn’t mind being dead after this goddamn headache. But after all of that, I just want to say: you gotta try this shit, ya’ll.”

“Wizz, do you really think that’s the advice that we need to be giving to our listeners here?”

“What’s next on the list? We’ve gotta try out some other stalls, Paul.”

“Wizz, with your luck––and mine, honestly––whatever we find at the next stall will literally kill you.”

“Buddy, you’re still hooked up––oh, geez, I’m sorry ma’am, my friend is not––Wizz, sit back down––folks, looks like he’s fully out of the medical tent now against medical advice, which kind of seems like a legal problem that I should look into, but I just don’t really care––”

“Paul! Over here! Looks like I found some pills that do something!"

"Goddammit. Folks, looks like I'll be signing out early. Wizz just swallowed some alien pills and is now trying to eat his own hands. Until next time."

Yessssssss, I love the extraterrestrial drug trip!!! But honestly, that last bit had me laughing harder than anything in the world. Don't eat your own hands, Wizz, no! Fingers are sacred!! Having them walking around and not just sitting at a table added another layer of hilarity. I love all his: "well, folks." That's the kind of awkward thing people say when they don't know what to say and they're trying to move on to the next topic but the other person LITERALLY WON'T LET THEM. Perfect dialogue. They're just getting better and better each t...

OH MY GOD I STILL LEARN NEW THINGS FROM YOU EVERY TIME, mousseron? How did I not know this?? You know everything and it amazes me!! I'm now diving deep into the world wide web in search of everything about mousseron mushrooms. I'm so glad I could induce some laughter; these guys are truly my inner crazy personality coming out so your comment is so appreciated! Oooh good edits, too. I think you're right about the 'im. It doesn't make sense for the 'em (them). GOOD CATCH AS ALWAYS.

It's an old French/Germanic word for mushroom, haha. Now I think it's just the word they use for Scotch bonnets. Honestly, whenever you have a piece that's meant to be funny, it about shoots water from my nose every time. Craziness is where it's at!

I laughed out loud for this one! I absolutely loved this story, it was freaking hilarious! I could imagine every part of it, and I enjoyed their conversation so much! I'm so proud of you, you finished the story! Wish me luck, I'm working on mine!

Let's just say I got inspired by you, and I finished my story too! Thank you for all your help!

Haha I'm so happy you enjoyed my story! And YAY, congrats!! I will hop over to read your story as soon as I can; currently madly trying to finish the last prompt. Thanks as always for the read and your comments :)

Hahaha thank you so much! 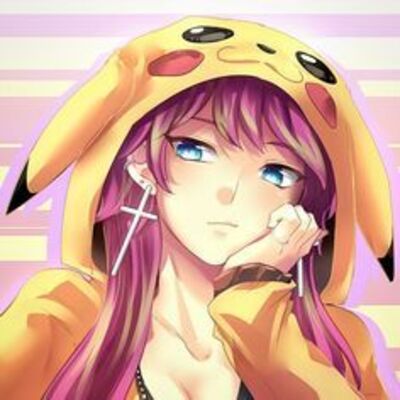 Haha, I got this story for critique circle and almost didn't read it because it was a part 3. I'm glad I did. That was...trippy. Would love for you to check out my newest (and first) story. Thanks!