On a Road to Nowhere

“It doesn’t count if you’re already planning your defeat…….” A perfectly crisp piece of folded paper fell from the sleeve of  The Talking Heads album Joyce  held in her hands. Bending over, her hand gripped the shelving of the weighted boxes containing  hundreds of records. It was a note of some sort. The bad feelings came washing over her, so instead of reading the note in its entirety Joyce took it as a sign to just buy the damn thing. She could use a good story. At the counter, the cashier asked if Joyce would like to forgo the bag to avoid paying an additional ten cents. It wasn’t even clear to Joyce how she ended up in the store to begin with, but there she was with an album she'd never thought she would hold while being interrogated about bags by a nineteen year old kid. “Ma’am. Ma’am,” he snipped twice, as Joyce stared vacantly. He held the album in between the two of them, waiting rather impatiently for Joyce to just decide already. Looking at the album was doing strange things to her breathing, so a paper bag was the best decision in case she needed to hyperventilate into it later.

Joyce pushed her aged legs in white Keds as quickly as they would take her to the old canary yellow Cadillac. Her  husband Denny gifted her the novelty car  years ago at the beginning of their marriage. The interior with its pale yellow leather seats and flooring of the same color was the talk of the town, it was unmissable. Joyce quickly dubbed the car, “The Yellow Banana,” for obvious reasons, but the nickname made her smile and reminded her of the thoughtfulness of Denny getting her such a unique gift.  In the neighborhood, Joyce and Denny  were the “IT” couple. Being  young, good looking, and living close to the beach wasn’t the only thing their friends liked about them. Joyce and Denny threw the best cocktail parties, proximity to  the beach made for perfect weather which made every day a good day to have a mixer with friends. Parties were thrown at the drop of a hat, all Joyce needed was plenty of cheap Vodka, menthol cigarettes, and to skim the pool of the common debris. Life was simple back then.  It was at these parties that Denny and Joyce played their extensive record collections. The Beach Boys, Dean Martin, The Talking Heads (Denny wasn’t a fan), Dolly Parton, Elvis, Elton John, no genre of music was ever off the table. Their neighbors who traditionally stayed mainstream in music and life, lived in their ticky- tacky homes along the cul de sac too. They  took to Denny and Joyce’s parties with reckless abandon. It was the time for the neighbors to release all of the self imposed labels and just let loose.

Again, that was almost twenty years ago. Back when their behaviors seemed harmless. After some time and FDA research, it proved that most of them were likely alcoholics and prone to lung cancer, but they didn’t know those things then. Denny would light Joyce’s Virginia Slim before she’d sit down to watch her nightly programs, leaving her to enjoy Johnny Carson and game shows. Denny would return to his tiny surf shed in the backyard. Evenings in the shed Denny would sit in his broken down leather chair and turn on his CB radio. His tiny fridge was plenty stocked with tawny toned beers that needed a church key can opener to pop a hole in the top for drinking. He enjoyed listening into the local beach chatter on  the CB. Hours would pass in their separate spaces of inside and outside, both imbibing in their daily habits. Yet the day would always end with the two of them under the flat white sheet of the shared queen sized bed listening to the quiet sounds of whatever record they’d chosen to fall asleep to.

Joyce folded into  The Yellow Banana and sighed, speaking out loud to no one, “How did I get here? I don’t belong.” Chuckling quietly, clicking her seatbelt into place her hand grazed over the paper bag holding the record she’d just purchased. Song lyrics slipped from her lips whenever the moment seemed appropriate, her therapist called it a coping mechanism but Joyce called it her love language. Music and pop culture were what kept her alive after Denny died.  Joyce had been the one to start the record collection, while Denny followed suit when he brought home Elton John’s Yellow Brick Road one day. It was as if love had concreted itself into every vein in her body, she felt at home with this man.

Late one evening after The Carson Show was over, Joyce ventured out to the surf shed walking barefoot over the astroturf lining the back yard. Voices, of the female sort spoke sweetly and softly from Denny’s shed. Joyce’s heart caught up in thumping hard against the cemented love in her veins, paused.

She quickly recovered and shoved the shed door open, “Denny, who is in here?!”

“Just me, I’m listening to the CB.” His response was effortlessly casual, and yet she still heard the female voice.

“Honey, sometimes the radio picks up on phone calls here in the neighborhood. Sheila here, she’s been running up her husband's credit cards. Every Thursday she calls her best friend in Los Angeles to spill her guts like the friend is some kind of priest and Sheila is in confession. It’s nuts!”

Looking at his slim body,  teak colored skin, and handsome grin one would never get the impression that Denny was into town chatter. Joyce stared at her husband like he was a stranger, a man with a secret hobby of meddling in other people's lives. Joyce shook her head at the silliness of thinking Denny was out in the shed with another woman. This was her Denny, he’d never do such a thing.  The weight of her relief led her to his lap, where she reached for the turnkey for her V8 tomato drink.

Driving back to Lake Arrowhead, Joyce remembered all the weekends that she and Denny would find themselves on the 210 freeway from Santa Monica to their cabin in the woods. It was yet another demonstration of how good their lives were. Weekends spent at the cabin were normal. Ever since Denny had died, Joyce hadn’t made her way back to the cabin. Denny died at the cabin. The cabin was also where the record collection ended up. Upon Denny’s insistence, “The collection should be at the cabin. We can start entertaining there too.” And so Joyce followed suit, and started moving the records over small bits at a time until there were no more in their beach bungalow.

The weekends Denny was away for work, Joyce felt the loneliness much more than usual. With the music gone, and Denny gone she was left to sleepless nights and endless quiet.

Cruising the freeway, Joyce realized that today was a day that she’d put off for far too long. Her therapist was right. It was time to go back to the cabin, to get their records. Her records.  She hadn’t listened to a record in almost five years. Her love language died when Denny died. There was something devastatingly  soul crushing about the phone call she received the day that he died. The voice on the line had come through on the cabins number, she could see it plain as day on her caller ID.

“Sheila, what? Why are you at the cabin? I just saw you this morning when I said goodbye to Denny.”

Joyce learned that her sunkissed, doting husband was dead. That Sheila had been his mistress, and the cabin had been their hideaway. Sheila and Denny had a quick bout in bed, Denny showered and collapsed to his death. Sheila found him naked and completely unresponsive. Heart attack apparently. Joyce kept thinking, “Maybe he died of a broken heart, from the guilt.” But she knew that wasn’t it, he was a cheater and Sheila was his CB radio fling. Joyce decided it would be best if she didn’t make her way to the cabin where it all ended, and so she put it off for many years after Denny died.

Joyce parked her car in the A-Frame cabins carport, funny how after all these years that the Yellow Banana was the most consistent thing in her life. The record sat staring at her,  curiosity tickling the inside of her ear growing a craving to hear the sounds of The Talking Heads. But the letter, she needed to read that too. It was far too coincidental to buy this album and then a handwritten note is inside of it. Entering the cabin reminded Joyce of her age, without looking around she made her way to the record player and she sat in front of it.  Sliding the record from it’s sleeve she took a moment to take in the beauty of vinyl and it’s ageless ability to take you back in time. A time of vodka martinis and menthol cigarettes until the early hours of the morning. She placed the record delicately down, dropping the arm.

Sound drifted out, “Well we know where we're going, But we don't know where we've been, And we know what we're knowing, But we can't say what we've seen.” Joyce smiled. There was  no one there to tell her to turn off her record. For old time sake, she lit a cigarette and took a heavy drag. Humming the words, she reached for the piece of paper and before she read the rest of the note she decided right then that she wanted nothing to do with the records she’d come for. Peace flooded her body and she began to read, “It doesn’t count if you’re already planning your defeat. Rather, take the time to plan your victory when you stick it to the ones who got you down. Burn down the shit that doesn’t serve you. Let the flames light your way out that door.” Joyce left the cabin in the woods with her new vinyl, as she pulled out of the drive she flicked her lit cigarette stub at the house.

This one is actually loosely based off of my paternal grandmother and step grandfather. Some of the details are incredibly true, like the dying in his mistresses shower in the mountains at a cabin. He was one of my favorite people. She drove a yellow Cadillac and had style for days, and the astroturf that's all true too. 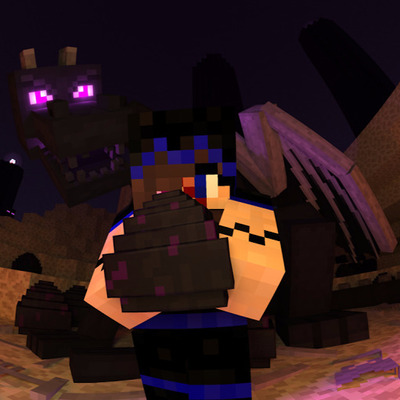 With that knowledge, that makes this all the more powerful. It is very well written. A few grammar errors and misplaced punctuation, but otherwise wonderful! I love the story it painted, and I am impressed at how well you told it all. Good luck on the contest!

Thank you Mariam for your kind and constructive feedback! One of my favorite memories was sitting in my grandpa's shed where he'd listen into the neighbors phone calls on his CB radio😂 for me it's a story about the complication of love and how it's not always what it seems. I appreciate you taking the time to read it.