“It doesn’t count if you’re already planning your defeat,” Cassidy told her younger sister. She looked down at her sunken sibling who was slumped in a chair to the point she was nearly on the floor. Her laptop was open, shining its light onto both of the girls’ faces with the title “Submission Received” flashing in a deep, bright red which contrasted heavily with the emotions dominating the room. A tear rolled down Tabitha’s cheek before she lifted her head to meet with her sister’s. “What do you mean?”

Tabitha had just submitted her first application for an internship at a hospital clinic. It proved to be very taxing on her and explained the necessary presence of her sister, who was far more adept than she was given their small two-year age difference. The 24 and 26-year-old came from a poor childhood; both parents were enslaved to separate drug addictions and lost their mother at a very young age for reasons neither ever knew. The father was rarely seen as an inspiring figure and commonly sent them to a relative each weekend as he drowned in his alcoholism and financial troubles. As the two girls grew up, they would play a game as to who they would end up with each week.

“I think it’s going to be Aunt Bella,” Tabitha said one year. She laid flat on the memory foam mattress she shared as an impromptu bed with her sister.

“Oh really?” Cassidy would respond each time Tabitha would present her different hypotheses. “What makes you say that?” Cassidy would always play the game with her sister. Knowing that Tabitha had no outlook for creativity or imagination in their house, she would always do her best to fan the young girl’s flame for curiosity to at least console a fraction of Tabitha’s childhood.

“Well, I mean,” Tabitha would always pause to think of a reason instead of just saying she had a hunch. She lifted herself up to a sitting position and turned towards her sister who was also laying adjacently beside her. “We went to the Wallaces last week and daddy likes to keep us in different places each week. We also haven’t gone to Aunt Bella’s in at least a month so I think we should be going there anytime by now.”

Tabitha would always follow her rationales with a soft shrug to signify her lack of self-confidence in the answer. Cassidy noticed this and would soon see it resonate into Tabitha’s teen years as well as the moment they were both staring at the laptop screen years later.

“Well, I mean,” Cassidy paused, purposefully reflecting the demeanor Tabitha embodied as a young girl. She sat down on a bed, contrary to a memory foam mattress, that rested beside the chair Tabitha continued to imprint her deprecation onto. It seemed as though her own father’s influence was what forced her down into the chair. “You don’t seem too confident in that submission, Tabbie.” She continued her impersonation by following with the notorious soft shrug. Tabitha couldn’t help but show a faint smile at the impersonation Cassidy was doing of her childhood youth. It was quickly diminished, however, by her butting response.

“Why should I be?” Those four words were enough to wash her smile away with fresh tears rolling down her face. “I’m 24 years old, Cassie. I haven’t been able to do anything since I moved here, what, six months ago? This isn’t any different.” The words seemed to pose as an additional influence for sinking Tabitha deeper into the chair, almost curling up into a ball to inhibit her from looking at the laptop screen.

The simple question Cassidy asked seemed to send Tabitha into one of her common spirals of self derogation.

“Right when you turned 18, Cassie, you were able to pick up and go, literally leave everything behind. And here you are, years later, your own apartment, job, life, you have everything you could want, given the family we came from.” Tabitha stopped to sniffle and rub her nose. “If you can even call it a family…”

“No,” was all Cassidy replied with.

This didn’t help with Tabitha’s frustration, “What do you mean, ‘No?’” You could hear the desperation seeping through her voice. It was reaching out for an answer to at least something, but even Tabitha didn’t know exactly what. All she knew was she was not going to be satisfied with “no”. Perhaps it was her childlike curiosity reaching out, or at least the small fragment she had left.

“No. I don’t have everything I could ever want.” That’s all she added to her initial response at first. Cassidy allowed Tabitha’s inquisition to seep through just a little more to ensure she had her young sister’s full attention as to what she was about to say. She knew to continue once her sister sat up from the imprisoning chair, exactly how she would when Cassidy told bedtime stories, again, as an attempt to fan her young sister’s flame.

Tabitha did exactly what Cassidy thought she would. Her sister slowly positioned herself upright from the chair and swiveled it slightly to the right in the direction of Cassidy. Her eyes were now on Cassidy rather than the computer which still showed the red resonating off of her face. Cassidy knew she had her attention and signified it with a soft smile towards her sister.

She paused to allow her to process the words. “After that, well, maybe then I’d have everything I could ever want.”

Cassidy worded herself very carefully. She knew how to craft words in order to reach her sister and this was certainly a case that required such craftsmanship. It left Tabitha in a daze. The older sister continued with her lecture.

“I’ve known you your entire life, Tabbie. I’ve seen the family we’ve grown up in, how it’s affected you, us, and its’ repercussions. A notable one is your self-perception. It has always been skewed starting from too young of an age. Did dad help with it? Not really.”

“That’s for damn sure,” Tabitha interjected. Cassidy allowed it because she knew her sister had every right to be angry at their father. She acknowledged with a simple nod but didn’t let it derail her continuation. There was a short pause before she concluded her statement.

“But you can’t blame him for where you are now.” Again, Cassidy knew how to reach her sister. She said it herself, she knew Tabitha for her entire life, and even Tabitha could not disagree with the words her older, and much wiser sister, spoke. Tabitha felt inclined to inquire about what her sister was saying.

“What does this have to do with my application?”

Cassidy grinned to herself. She understood her sister all too well in what she needed to do in order to maintain her attention. That question let her know she secured Tabitha’s interest in the discussion.

“Why, it has everything to do with it. Your mindset towards yourself has been keeping you in this rut ever since you were a kid. All the rejections and setbacks are reflections of how you’ve viewed yourself. You admit defeat before the outcome is even revealed, and it is honestly you yourself who makes that a reality.”

Cassidy was certainly proposing a new line of thought to her sister and could be told with Tabitha’s expressions. Her tears dried up, her eyes instead glistening, and she had unintentionally leaned forward in an attempt to captivate everything she was hearing.

“With the proper mindset, these defeats aren’t viewed as you losing or being a failure. They open windows for opportunity, insight, and best of all, wisdom. But Tabbie, the mindset you’ve established and fueled over the years have not made any of these treasures count towards anything. That’s what I mean Tabitha when I say it doesn’t count if you’re already planning your defeat.”

Silence engulfed the room. Tabitha hadn’t said a word the entire time, and once Cassidy suspended hers, all left was the empty air, possessing no new thought or concept to hold. The eldest sister said all she needed to say. She demonstrated it by standing up from her spot on the bed that was now marked by her presence and left the room.

The bed was a reflection of Tabitha; quiet, motionless, and yet impacted profoundly by Cassidy. She broke the silence with a creak from her chair turning towards the laptop screen. She looked at the submission screen once more before opening an additional tab. It was another application. This application, however, was for the local community college.

“I at least know I can do this. And that’s all I need for now.” Tabitha said to herself as she began typing. 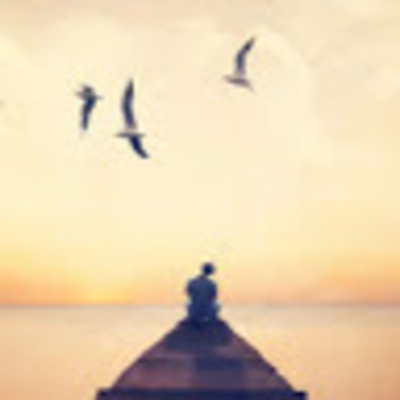 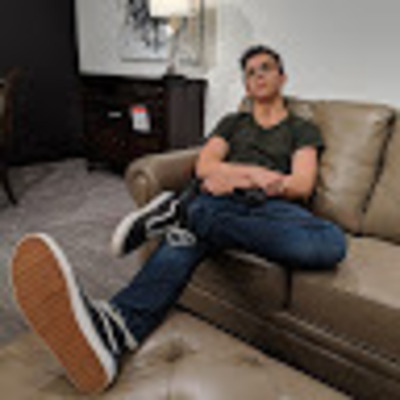 I feel really attached to these characters! Amazing development for such a short length!

Wonderful story, I loved the bond between the two sisters and how they've managed to stay strong and supportive of each other, even if they live in hard times. Very inspirational and an awesome read!