“It doesn’t count if you’re already planning your defeat, Mike!.” Jody expresses his opinion with so much curiosity. He marvels about Mike’s litigation attempting to quit his career building.

Mike, age 30, the firstborn of the family. His Mum and Dad have grown old enough. With 3 siblings under his cater. And the situation isn’t good with them. Life has been more difficult. They are far below the middle man class. Luckily for Mike, he’s able to derive the instincts of breaking through. So that he can stand for his family and give them the care they deserved.

Unfortunately, nothing is working out. On a good Saturday, Mike got the opportunity to participate in a one-week skill acquisition hosted by a non-government organization (NGO). They learn a lot of skills, but Mike perfectly learned how to produce cosmetics of different kinds.

All those that participated in the skill acquisition were empowered with a perfect amount of money, and types of machinery to start up their career. Mike is outstanding in his skills.

From that point, he desires to be a mass supplier of cosmetics. And nothing positive is forthcoming after all the effort he has been making. He sober, and wondered why is his situation different.

Jody continues speaking. “I understand your pain. Probably, I would feel the same if I'm in your shoe. However, believe that you can break the limit. And time will surely tell the difference.” While Jody speaks, Mike looks at him straight in the eyes compassionately. And slightly bend his head facing the ground.

He raised his head again, looking up to Jody eye to an eye. And then expresses his feelings “Thank you so much. You are such a great friend. Words can’t describe how much I appreciate having you as a friend.” “You’re most welcome.” Jody replied.

It’s evening, and night is approaching. Jody set to go back home.

“Hey, Mike! I have to go home now. As you can see, the night is approaching, and I wouldn’t want to stay out late at night.” “Thank you once again, Jody!. I don’t know how to express my feelings to you. But thanks, man. Thanks for the company. At most, you have made my day. And I feel good now.” “I’m glad hearing that. I shall see you tomorrow.” Jody replied.

About leaving, Mike walked him to the doorpost. He opens the door, and Jody leaves. Then he closed the door, and go back to the sitting room feeling eased emotionally. Mike sit down, relax his back on the chair, and exhale. After having a few moments of relaxation, he slept off.

The day passed, and the next day comes. It’s a day spring, and a soft wind blows. In the compound, and close to the window is Mike sitting on a bench polishing his shoe. Whilst preparing to go out for some trials, he soliloquies. “Can I endure the ups and downs in my career development? I've tried my possible best, but to no avail. Maybe I’m eluding something. I think something must be forfeiting.”

During the same time that he soliloquies, he’s not just in himself. Because of how nervous he is. After a bit of a moment, the doorbell rings. He stood up, and head to the door. On opening, the door is Jody standing. Seeing Jody cultivate a moment of amusement for him.

“Common! Come inside Jody! I have hoped to see you today, and I’m glad you're here.” “Never mind Mike, you got me always,” Jody replied.

Mike become so delighted, then he brings one of the plastic chair for Jody to sit. They both sit together and chat cheerfully.

“Hey! What are your shoes doing outside?” Mike smiled and respond. “Well, as you can see, I want to make them look nice,” Mike replied. “That’s awesome. I perceived you want to go out.” Jody said. “Exactly, I want to go out to make some trials. You know, building my career had perpetually been my objective. And I have to work it out.” Mike replied.

“Yeah! Indeed, and you can make it. So, just keep the ball rolling. And never to hang up a leg even in the face of difficulties.” Said Jody.” “Thank you! And I have come to realize that I shouldn’t accept defeat.” Mike said. “Of course, defeat is not what anyone should count on. Rather count on victory. Challenges are just lessons, so learning from them is what matters. The more you face challenges, the more you get a better clue to strategize. You can’t think. Because been worried over a hard time doesn’t make you think. But having the mind of reflection will aid you to aspire.” Jody said.

Jody has always been nice to Mike. He understands his weak point and desired to stand by him. He gives Mike the rightful words of motivation. And Mike has invariably loved his company with Jody. Jody becomes more of a backbone to him.

“I can’t pay you, Jody! I can’t pay you for your effort towards me and my carrier. Only God can pay you. Because for me, you are priceless. Staying around you do give me hope, and make me see success around the corner.”

Jody smiled hilariously, with his head facing the ground while Mike speaks. Then he responded.

“Okay, thank you for the words. I appreciate that. I will like to go out with you as well. So, go and change your outfit.”

Mike goes into the compartment, while Jody sits waiting for him to dress up. After changing his outfit, they leave. His mission is to try other cosmetic whole sellers to see whether they would welcome his products and give it a try. On reaching the market place, he tried the first store and didn’t succeed. He also tried another store, still to no avail.

Mike become very upset, he thinks giving up is the best option. He speaks with Jody with a heart full of bitterness.

“No! Mike! Please, calm down. I know you’re very upset right now, but that is not the case. Please, be patient. Patience is what you need if you want to be the man you have dreamt. Sometimes, you might be close to your success, and you don’t know. So, never give up yet.” Jody responded.

Jody was sorry for Mike, and understand how he feels. And tried his possible best to calm him down. He then walked him to a nearby restaurant in the marketplace. And order for soft drinks only. While they both take the drink, Jody still encouraged Mike not to give up yet. Then he had already calmed down.

Unbelievably, the store owner accepts the products and collect them for a trial. He asked them to come back in a week time. Jody and Mike appreciate it and leave to come back as scheduled. Mike become so happy for the first time the product is accepted for a trial. But there is still a bit of fear in him. Praying that the product should be accepted into distribution.

Luckily, in just after 7 days, he got a call from the store owner. Telling him that the product is an excellent one. And that customers have begun to like the products. In just 7 days, the available ones got finished. And there is a perfect review from the consumers. That day becomes like a special feast day for Mike. He calls Jody to tell him the good news. Jody becomes very happy too and congratulates him.

If not for Jody, Mike would have lost the opportunity. He was asked to distribute more of the products. Within 6 months, his whole-sellers increased from 1 – 50. His business is just rapidly growing, and investors find his products fascinating and begin to invest. After 2 years of building. Mike became fully established, and that is how his life changed. Lastly, Jody became his assistant. 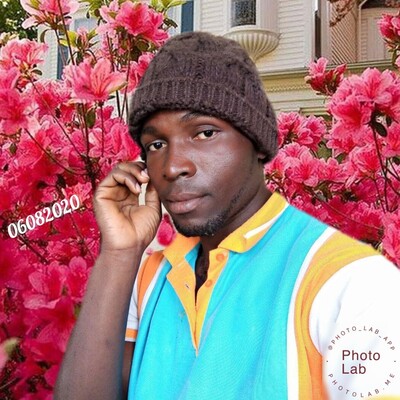