"Stop! Myroc, it doesn't count if you're already planning you're defeat!"

"Well I do. And if you're truly my best friend, you'd let me do this."

"No! I wouldn't! This is so unlike you! You are the sensible one. I’m the one who does dumb things and gets us into trouble. Not you!”

It was getting darker. Fireflies starting flitting among the trees and crickets started blaring their songs into the gradually darkening woods. The last rays of sun danced on the emerald and silver leaves, bringing the forest of Neth to life. Moonflowers opened their velvety petals to soak up the cool, rich night air.

Myroc and Leta were both woodland elves. Not the fiercest of their kind, like dark elves, the kind of elves that lived in mountains and practiced dark magic. But still, Woodland elves were known for their fierceness and intolerance of humans. Especially royal humans.

King Tamao and Queen Velia had had a son named Prince Carlos.

Myroc had unknowingly befriended the young royal when he had found himself lost in the woods (The prince got lost, I mean. Elves don’t get lost).

“Leta, I think Carlos is different.” His eyes shone. “I really do. If we can convince-”

“No. Myroc, you’re delirious. HUMANS ARE NOT OUR FRIENDS. If they find you, they will KILL you.” She whispered and the fear showed in every element of her expression. “They’ll KILL you.”

Myroc finally understood her panic. Leta had always been stubborn, but not like this.

“No. Friends don’t let friends to stupid things alone. I . . need to come with you.”

Myroc was entirely taken aback. He knew how scared she was. “Leta you don’t-”

“Nope. I’m coming to make sure we don’t both die. Because if you didn’t come back, I might have killed myself.” Her voice cracked a few times during this statement but neither she or Myroc said anything about it.

“But it’s true.” Before Myroc could retort, Leta quickly added, “Which way?”

Myroc cringed and nodded his head.

Leta sighed and started to climb a tree. It did not take her very long to spot it. Even at a distance, the castle stood out. White bricks stacked neatly in a repeating fashion, huge, HUGE, walls and with blue tiles lining the numerous roofs.

Leta mentally marked the direction and climbed back town the tree.

“You’ve never seen it before?”

“Pfffft. Why would I want to?”

“Honesty, though, what do you do with that many rooms?”

“No, no. I bet they have at least 40 rooms reserved for making their gourmet food selection.”

“Carlos is a good kid. Please. Just give him a chance."

“I haven’t decided yet.”

“Humans are bloodthirsty, vicious monsters. They only care about themselves. They don’t realize they’re tearing the world apart. No good can come of this. Myroc, I’m only coming to make sure you don’t get yourself killed.”

Myroc smiled sadly at her. “I don’t know if thats going to make a difference.”

Myroc didn’t respond. He just stared at her sadly. Leta let go of him and just turned away.

They crept through the forest in this fashion for a while. Avoiding each others eyes and looking down.

Finally they emerged form the trees. They found themselves in a clearing that was the castle courtyard.

Sitting by a fountain, was a boy with black hair and dark eyes. When he saw Myroc he leapt up and ran over to them.

Myroc, seeing he was about to shout, whispered furiously, “SHHH! We’re not supposed to be here, remember?”

Carlos shut his mouth and nodded. Then he gestured they should follow him. He lead them to a more sheltered area of the courtyard, where two walls met providing the three some cover.

As soon as they had hidden themselves from prying eyes, the little prince -Carlos- whispered, “Thank you so much for coming. I needed to talk to you, Myroc. But, uh,” he gestured to Leta. “Who is this?”

Leta folded her arms and looked coldly at Carlos.

Carlos shriveled under her glare.

“Look here, Prince, you call me Leta. And you make sure you’re parents don’t kill us, understand?” Leta was glaring at him so hard it a miracle he wasn't disintegrating. Carlos managed to nod his head.

“Leta, please. Be nice.”  Myroc started before he turned to Carlos and rapidly said, “So what have you learned from you’re position??”

“Dad is seriously considering a full on attack. I don’t know the exact details but I get my information from small talk with my him.”

“Great, so we’re depending on information you got from small talk with you’re dad. What a full proof plan you two have cooked up.”

“Why is she here again?”

“To make sure no one dies, buster.”

Carlos rolled his eyes. “We’re old enough to take care of ourselves, thank you.”

“What, did I forget to call you you’re highness? Is that the problem?” was Leta’s snide remark.

Carlos muttered, “I hate that.”

“I HATE THAT JUST SHUDDUP!! CAN I GO ONE SECOND WITHOUT HAVING TO BE ROYAL!? I’M TRYING TO HELP YOU WHAT ELSE DO YOU WANT FROM ME?!” Carlos shouted forgetting to be quiet.

And that’s probably the highest level of appreciation from Leta for anyone other than Myroc. 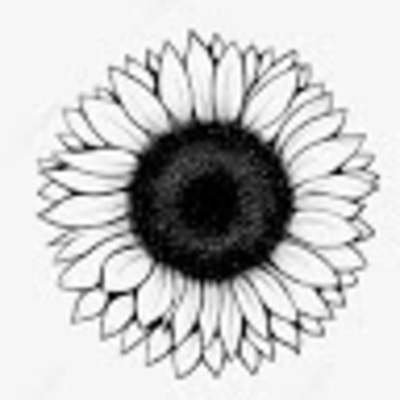 Also, I found just a few small details in your writing that may help to improve, although overall it was truly amazing! I don’t know the exact details but I get my information from small talk with my him.” “Great, so we’re depending on information you got from small talk with you’re dad. I really liked this dialogue because I think it showed a true representation of the character and gives readers an insight of her personality, but I think it could definitely improve with a little rewording. First off, a small grammar mistake, "my him" ...

Oh, and I just realized now... (sorry for all these comments haha), but "you're" should be changed to "your". Anyways that is it. Haha.

I first want to say THANK YOU SO MUCH!! It really shows me if someone cares when they spend time actually think about the critique they are giving. I’m going to go through and I am going to apply everything you said. All of you’re points Are totally accurate and valid. Again, THANK YOU SO MUCH FOR THE FEEDBACK!!

Yeah, no problem! Hope to hear from you again!

Wow, I really loved this story! It was written in a sense where I could really connect to the characters. I can't wait to read more of your stories!

Hey! Hope y'all are having a good day! Feedback welcome. Stay safe!