“It doesn’t count if you’re already planning your defeat,” Maia says to her son, Reese. Maia is stuck in the sky.

She stands on tiptoes on a pale white branch the size of her calf. Her left arm reaches above her to grasp another branch, this one quite a bit thinner, and her other hand goes higher, higher into the sky, the pale and delicate fingers stretching, the tiptoes rising farther, but she still cannot reach the lemon she is grasping for. Her face is turned away from her son and upwards, towards the clouds, but still she speaks, loud enough for him to hear.

“It’s all about your mindset, Reese. Things don’t always magically appear when you wish them to, but if you don’t wish, then your dream certainly will never be realized.”

Maia stretches farther. The nail of her longest finger just barely brushes the fruit. Her back is arched, and her feet are wobbling, but the lemon is still too far away.

Maia lets her hands drop to her side. She stands flatfooted on the tree branch, then lowers into a crouch, her arms stretched out, not quite motionless, moving like liquid on either side of her. She’s perfectly still for just one second, then she springs into the air, hangs there face-to-face with her object. As if in slow motion, Maia grabs the lemon off its stem with a crisp snap! and falls perfectly back down, her feet bouncing on the milky branch, the prized yellow fruit in the palm of her right hand.

“You learn how to cheat the system.”

Maia makes her way along the branch, towards the tree trunk and her son, Reese. He sits on a flat, woody plateau less than a meter wide, suspended in air on several extensions of the tree twisted together. A frayed rope is tied lightly around his waist to keep him from falling over the edge. Maia turns to him, laughing, when she’s got the lemon. “Look, Reese,” she says, taking his chubby hand. She lets him trace her fingers, then she retracts her hand to open the lemon. She takes out a slice and hands it to him. Cautiously, the child puts the pale, skinned, sweet oval into his mouth. He sucks it thoughtfully.

She smiles and draws his head into her chest, feeling his young warmth, his childlike innocence. So small. So pure. Maia strokes the back of his head, her fingers curling around the thin blonde tendrils of hair so similar to her own.

Maia leans away from him. “Be careful, little guy. Don’t fall.” Maia makes sure Reese is completely on his platform of papery bark, then she takes off.

Running, running along the branch. Running so fast, so seemingly careless, you bite your lip, sure that she will fall. But right at the end, when the limb turns into a stick and snaps, Maia jumps up, grasps a branch above her with her strong, slender, dustily pale fingers. You and I know immediately how Maia’s coloring can be so; but for everyone else, we ought to explain.

Maia is somewhere between short and tall, somewhere between thin and fat--but she’s slender, and swift. She has straight, pale blonde hair that grows to her waist. At the moment, she’s wearing a flowy, fairylike pale blue dress without sleeves that stops above her knees in the front and gradually falls to her feet from behind. If someone were to look up, to see her in the tree, they would be able to look straight up through Maia’s dress and between her legs; but Maia doesn’t care. No one, hardly ever, comes here, anyway.

Maia’s face is the shape of a young girl’s, which she is. Maia just turned twenty-one. Her eyes are pale blue, fringed by short eyelashes somewhere in between blonde and brown. The color of her skin is pale, and dusty-looking; but we don’t know how to explain that any further, even though she’s right in front of us. Sometimes, the edges around Maia’s body are hazy, as if she’s magic; which we believe she is; for whose skin looks like hers? Who else seems as though they might vanish any second, or knows things you’re not capable of knowing? Who else has the hands that she has, strong and slim at the same time, having felt so many things, so white and pale?

Oh, we’ve been repeating that word without explanation. The reader must believe it is some careless description we’ve been making, lacking a better word. But no, dear reader. “Pale” is used to describe everything in this tree. Everything in this world.

Maia’s skin and hair and eyes are pure and pale. The tree’s branches are white, and its leaves aren’t too green, and the yellow of its lemons--which are sweet, and the slices are round--won’t give you a headache. The blue of the sky is not oversaturated, and the colors of the trees preparing for autumn, trees strong enough to climb and big enough to live in, ready to tip over the verge of the last days of summer into fall, aren’t brilliant reds and fiery oranges and exuberant shades. Fall isn’t muted, or maybe it is, but it’s pale, misty, toned, perhaps. That doesn’t make it any less beautiful.

In Maia’s mind, at least. But she’s never known any other world.

Maia grips the branch and pulls herself up, until she’s sitting, straddling the new one. She can see her son down below. She waves, then remembers, with a pang, that Reese cannot see her.

Suddenly with heavy breath, Maia springs up and walks towards the base of the tree, holding her arms out lightly for balance, making marvelous patterns in the air with her fingers. She reaches the tree’s huge trunk, so wide that by wrapping her arms around it, it doesn’t even go halfway, and looks to the sky. White branches here, then there block her field of vision, until no speck of blue is visible even before she can see the limbs at the top.

The tree is very tall. But she wasn’t looking for the clouds.

Maia sits on a limb and waits for her daughter, her back against the tree’s smooth trunk, her legs dangling towards the ground, her pale blue dress bunched up in between. Presently Lily drops down from above and runs to hug Maia. “What is it, Mother?”

Maia, after a short embrace, pushes her daughter away from her chest and examines her. Lily has wavy brown hair held back by a red ribbon. Dozens of flowers are braided throughout. She has green eyes with a spark in them and freckles (unlike Maia herself). Lily is wearing a yellow dress similar to her mother’s. She’s holding a stretchy beige sack in her right hand. Her feet, too, are, of course, bare, and she’s waiting, head tilted, lips parted, to see what Maia is going to say.

“I just wanted to--” Maia begins, but a whistle interrupts her.

“Daddy!” Lily shrieks joyfully. She begins to descend, hopping from one branch to another, desperate to reach the ground. Maia laughs and follows her, swinging down through the tree. When she reaches Reese, she unties him from his rope and settles him on her hip, navigating the remaining journey with only one hand.

From Reese’s perch, there’s still at least ten or twenty meters to the ground. Maia reaches the base of the tree a minute ahead of Lily and is met with a warm embrace, smothered in the arms of her husband, his very being radiating kindness. “Hello, Maia,” he says, and she laughs and cries at the same time.

“How was your day?” she whispers into his neck, not daring to let go. She hugs him tighter.

“Don’t. You’ll get your dress dirty,” her husband tells her. He says this every time.

Her husband strokes the back of her neck. “I’m safe, and you’re safe, and we’re happy, and that’s all that matters.” He pulls away from her and bends down to pick up Lily, who has just arrived on the ground. He twirls her around in the air, grinning like only a father can to hear her happy screams.

Or perhaps, he doesn’t count. Silas is not Lily’s father, reader. Or Reese’s. The children’s father is a light-skinned man they no longer know. Silas is none of these things.

Silas is not much bigger than Maia, but he’s very, very strong. He works in a factory where he’s paid little because he’s poor, and because he’s dark.

Only in his color, though. Silas’ skin is dark, dark brown and his eyes are black and so is his hair. But his teeth are white and his laugh is like light and his heart aches with love for Maia like an empty church aches for song.

Silas is twenty-two, so he is, really, still a boy. He and Maia were married three months ago.

Maia gave birth to Lily when she was sixteen years old.

It is kind of neat how you addressed the description of the scene to the reader and used the wor, "we:" ex. "we do not know how to describe it" or some phrase like that. I had to say I was a little confused about where she was in the tree: one minutes she was up about Reese where she could not be seen, and the next we are hearing about where she is as if she is lower down maybe? Have you ever read Our Town? The way you described the scenes and commented on them is kind of like the narrator in that play :) Off to read your new sequel! 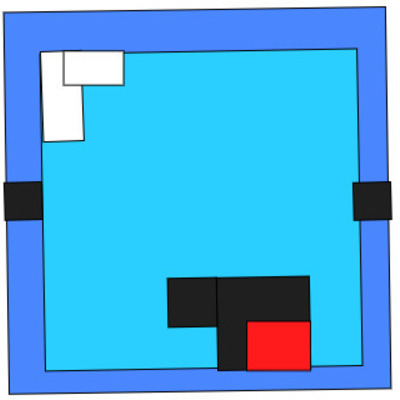 I really love all the ways you described things in this story, and it hooked me from the very start. I think it's really cool how you broke the 4th wall, and not only did you break the 4th wall but you did it so it was smoothly integrated into the story and sounding amazing. Good job Ink!!!! Ps. Sorry I keep leaving so many comments, but omg your stories are amazing!

no, don’t apologize. your comments mean so much to me!! thanks for being so nice and positive :)