I'm Sorry You Have To Read This

“It doesn’t count if you’re already planning your defeat,” she leaned over to me and whispered into my ear as we walked down the hallway, a moment of respite before we got to the cameras.  Quite frankly, I don’t know why I ever told her or why I told anyone at all.  The whole part of this fraud was that it was supposed to be a bit more of a secret.

“It certainly does count, I’m still playing the game aren’t I? I promised to keep him entertained, didn’t I?” I shot back quietly, trying to speak softly enough so that nobody heard.  Was it my fault that I had to play for this warlord? This psychopath?  I didn’t choose to be here.  On one hand, she was right.  If I threw the game, I would potentially offend him by throwing the game.  On the other, if I didn’t lose, I might offend him and his “supreme leader” persona.

We turned the corner of the hallway, decorated with large wooden carvings, relefs, and paintings  of castles, horses, bishops before the masses, and a vaguely European Queen defending her King, still on his throne, with a sword in each hand - still regally dressed.  As we walked closer to the end of the large hallway, there stood the red double doors.  On the other side, my fate.

“If you throw the game, he won’t honor his promise.  You won’t be allowed to leave.  And, more importantly, neither would I.”

“More importantly?” I said sharply as I stopped in my tracks, turning back to her.  I’m a short man, so I have to look up at a lot of people but it rarely irked me as often as it does when I looked up to her.  I hated it.

“Akira, listen to me.  If you are kept here, that would be extremely unfortunate, yes.  But if I am kept here, there will just be more situations like this.  Where I have to find someone, just like you, and take them here, just like I did to you, and parade them for his ego, just like what is happening now.”  She bit the words, seething.  She had been thinking about this for a while.

“Look, I’m a pretty good player, at best.  It’s not my fault that you think I’m some kind of chess prodigy.  I beat you, not Bobby Fisher.” I started walking away from her quicker, getting irritated at the direction this conversation had taken, I had lost control.  What had I gotten myself into?

She followed me, a few quick steps on the carpeted stone to catch up.  Her footfalls echoed down the hallway.  “Just make it look legitimate.  If you’re able to do that, maybe we can stand a chance.”  I sighed and gave her a half smile, touching her shoulder as we walked.  Everything was about standing a chance.  Nothing was guaranteed.  Not now, and technically speaking, not ever.  Everything that had led me to this moment was a gamble.  What if I didn’t try to flirt with a pretty girl that day? What if I didn’t play chess at my desk when work was slow?  What if I had stayed over at Jo’s place last - jeez, how long had I been here?

“How long have I been here now? Four days?” I voiced my thoughts aloud.

“Three days.  But you left the hostel in France the night before and were out all day - it would just feel like longer.”  In France? I thought.  Am I not even in the same country anymore?

“Do you really think that we would get you on a plan if we were just going an hour away - how drunk were you?”  She snapped back at me.  At this point, we had stopped walking through the hallway and were just staring at each other.  I felt like I was losing the debate.  Badly.

“Just...where am I?” my voice softened. My life had become so weird this past week, I could try to be more communicative.

“Ireland.  Northern Ireland.”  She frowned and looked at me with pity in her eyes.  “Look, broad strokes - you don’t want to be here.  I don’t want to be here either anymore.  I don’t want anyone to be here anymore.  The only one who is getting what he wants is Hemingway.  You need to play him.  You, apparently, need to lose.  And lose badly enough that he doesn’t want my players anymore.  But you have to look like you’re doing your best.  If he thinks you’re throwing the game, he’ll ‘Chestify’ you.  And me probably.  So.  Don’t get caught.”

I opened my mouth to speak back to her, I had questions and thoughts and outrage to voice.  Including whatever “Chestify” meant.  I was pretty sure I didn’t want it to happen to me, but it sounded dumb as hell.  She lifted her hand up and actually shushed me.  Like I was a single woman and he was a pushy nice guy in a bar.  “Focus on what is happening.  Focus on there here and now.”

I pulled my head back away from her quickly while she was “shushing” me.  Wasn’t a big fan,as if that would ever be a big surprise to anyone.  Has any problem, in the history of ever, ever been made better by shushing someone?  Then again, maybe - I stopped arguing.

“Fine, you’re right” I said as I spit a bit, the involuntary sputtering that comes from another person touching your lips.  “I’ll play the dumb game.  But this is on you too.  You thought I was good after beating you once.  Did Hemingway ever consider that maybe you kinda suck at chess?”

“In my experience there’s no such thing as luck.” My response flowed off my tongue with practiced ease.

“Really? That’s what you’re going with?”  She came back.  Apparently we were just bickering to bicker at this point.  “You’re quoting one of the most quotable things of all time and pretending to be insightful?”

I turned away from her, determined to ignore her now.  Her voice followed me from a few feet behind “So you’ll do it then?”

I sighed heavily and opened the door.  While I could have been dramatic and opened both doors at once I elected to slink through the door on the left.  A large, wooden monstrosity that had been painted red to mirror some insane interior design choice.  I walked into what can best be described as a conference room that had been repurposed to a throne room.  The ceiling was only eight or nine feet tall, and it was just a simple square room, a 30 foot square perhaps.  The walls, which I swear were just drywall, were painted grey and left bare.  Along them, however, were long low wooden benches, one on each side.  In those benches were people in suits, waiting and occasionally checking their phones.  The entire feel, the entire room, was very anachronistic.  The “throne” was a large wooden chair with cushions that looked like they came from Target’s office supply section.  The benches were made from cut logs and had log supports, but the walls were painted drywall with modern windows cut into it.  You wouldn’t be sure if someone working in this “office” would want to be called Sir or “Your Majesty” like a modern day tyrant.  Perhaps he wasn’t either.  From another door, more of an office door this time, came Hemingway.  He stepped out wearing a thin cut purple suit, gesturing his hands widely, smiling and tucking his cell phone away.

“Akira!  I’m glad you could join me this morning.  Did you get a good night’s sleep?” He came forward and put a hand on my shoulder.  Smiling at me just a bit too widely with brilliantly white teeth that contrasted his tan skin.  “Did Eleanor give you the grand tour of the estate?  There are some things we are, unfortunately, renovating, at the moment.  This paint?” he gestured at the walls.  “I want the walls to be stone or wood.  You know, real natural things.  None of this processed construction materials.  I’m renovating the estate of a noble!  Not a basement in suburbia!”  He looked me in the eyes and smiled, holding his position as he waited for me to laugh.  By the time I realized he wanted me to laugh it was already awkwardly late  but I tried anyway.

“I got to see a bit of it over the past few days.  But she told me today that you brought me here because you wanted to play chess with me?  Because I beat her?” I put my hands in my pockets, trying to sound as casual and aloof as possible.

I looked at him, watching his green eyes shift back and forth between my left and right eyes - we were far too close.  I swallowed and nodded.  “It would be my pleasure.  I didn’t think I’d be spending my vacation here though.”  I swallowed again, my anxiety rising.

Hemingway shook his hand in front of his face and rapidly made a gesture  at Eleanor.  It surprised me that I had been around her for days now and still did not know her name or really anything about her, other than she was annoying as sin.  “I think that you worry too much.  Isn’t this better than a simple vacation to see the touristy things that everyone from America does?  You could go to see the Louvre or the Eiffel Tower or the Autobahn or whatever it is called, or you could spend a week in a literal noble’s estate.”

“Ok, but, I need to be honest,” I hesitated.  “I don’t really know how to play chess all that well.  I’m not a master, by any stretch of the imagination.  In fact, I always thought it was a strange game to think about.  It’s held up as one of the games that really tests intelligence and cleverness and critical thinking, but it, like any other game with a limited playing area, has a finite number of moves.  So you can be an amateur who doesn’t know what they are doing, you could be an expert who can dynamically think about strategies and play, or you could be a master who can accurately predict how a game will go after like five turns.  I learned about it in a math class once.  So.  Why chess?”

With a jolt, I sat up in the middle of my room, in my apartment, in my city.  The red dial on the clock glowed slightly.  I looked around and my mind slowly reacclimated to the reality around me, shifting away from the dream world.  My breathing slowed after a few minutes.  What kind of insane dream did I just have? It was already slipping away. 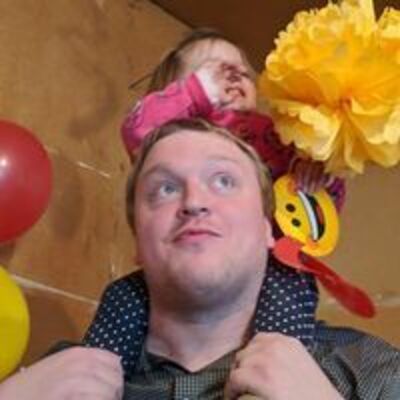 Why did you name it "sorry that you had to read this"? I think it was pretty good