The Competition to Kill

Submitted for Contest #66 in response to: Write about a contest with life or death stakes.... view prompt

My name is Iris, and I am a fifteen year old girl with long brown hair and light green eyes. I have really pale skin with some freckles.

When I was chosen by my city to participate in the competition, I was shocked. I shouldn't have been chosen.

It was the middle of July when we held the raffle. They didn't say what for but everyone above the age of nine had to enter. I remember waking up on a Saturday at five am and remember realizing that the raffle was going to start soon.

I hurried out of bed and raced to my chest. I opened it and pulled out some clothing. I quickly changed, pulled on some shoes and raced out the door. I ran towards the town square. I could see people starting to gather and ran even quicker.

I slowed to a stop in front of a podium. Someone was standing there and they were waiting for us to stop talking. When we did, they cleared their throat.

"My dear citizens of Low Sapphire, I wish to start the raffle. I know that we withheld what it is about and I know that that angered you. But now the wait is over. The leaders of the world of which we live in, have said that there is a lot of surplus food and only ten cities after the bomb went off. So they have proposed that we send three people from each city to the main safe zone to do a competition. They will give the winning city the surplus food, and the losing cities get seeds. So lets begin the raffle." He shouted.

We all cheered and watched in a sort of breathless excitement as he reached into the box to pull out the first name.

A black haired, pale boy with grass green eyes walked up. He was wearing a black mask and hoodie. He paused for a second before jumping onto the stage. He muttered something to the person and the person frowned. He told Lucas to sit down in one of the chairs and then he continued. He pulled out the second name.

A girl with long silver hair walked up. She had light blue eyes and a pale face. She wore a simple tunic with jeans and stylish running boots. She walked calmly and slowly up the stairs and sat down two seats away from Jake.

The man paused, said something to a lady behind him, and turned back. He smiled.

"And so, we have reached the final name. Who could it be, I wonder." He said as he reached a hand inside the box. He read it and frowned. Still frowning, he said, "Will Iris Greyfeather please come up here?"

I blinked in shock and blindly walked to the stairs. I walked up them and sat in the last chair that was available. And that was right in between the other two.

I sat there, staring in shock at the ground. I got chosen for a competition that if I win, my city will be given surplus food. I shouldn't have been chosen! I not at all smart and I'm not good at anything.

Someone nudges me and I jump. They let out a laugh. That's when I realized that the raffle was over and people were starting to leave.

"You're a jumpy one, aren't you?" Someone laughed.

I turned to see Jake laughing at behind his mask that covered half his face. He caught me staring and pulled it down.

"Sorry about scaring you, I just wanted to make sure people didn't think that you were stupid." He said while shaking his hair into his face.

I blushed and said, "Its alright, everyone knows I'm pretty stupid anyways so I wouldn't have minded if they thought I was even more stupid. See you."

I turned around and raced to the raffle puller. He smiled and handed me a packet.

"Why was I chosen?" I asked, " My name should have been at the bottom."

"It should have been but it wasn't. Anyway, look in the packet for the hotel you will be staying at until Thursday of next week. Lucinda will escort you." He said, waving a black haired lady over.

He told her the instructions and she quickly nodded. She took my hand and took me down the street to a large three story house. I looked in my packet and tasked at the part where it said that the entire third floor was mine. It would have a kitchen, bathroom, bedroom, and a entertainment room.

Lucinda took me to my room and closed the door behind me. When I heard her steps fade away, I immediately plopped down on my bed.

I pulled on the final boot and brushed my hair into a ponytail. After four days of harsh training, I was ready for the competition. They told the three of us that we were supposed to battle each other and people from other cities.

That's why I trained so hard. Because I knew that I would die without it. I mean this reminds me of a book I read, where they battled each other in a forest for food and a house. I tightened the watch they gave me and spoke a command into it. A face popped up and smiled.

"When do we go to the arena?" I snapped.

"You will go at four forty-five pm. And will arrive at five pm." The robotic voice replied.

I groaned and grabbed a knife from my drawer. They said that we wouldn't be given any weapons so I should bring this. Just in case.

There was a knock at the door and I shoved the knife into a holster. I shouted that they could come in and Sara Opal walked in. Her long silver hair was twisted into a bun and she had put on silver eyeshadow.

She smiled and plopped down onto the bed next to me. She fingered with her silver watch.

"Want to be allies?" She asked.

"A-allies?" I asked, "Aren't we going to be fighting each other?"

That's when I detected a thinly veiled threat. Something tells me that she's going to do something the moment my back is turned. Should I take her offer?

I smiled then raised my hand to shake hers. She smirked and raised her hand to mine. I whipped the knife out and plunged it into her arm. She let out a screech and I yanked it out. I sprang off the bed and raced out the room.

I slid down the railing and leaped onto the ground. Thankfully, the stairs go all the way to the first floor. I ran out the front door and down the street. I wiped the knife off on my pants and stuck it in the holster.

I followed the lights that were suddenly dotted along the road. They led to a small building and I ducked inside. It pitch black out now, the watch had lied. Four forty-five had passed three hours ago.

I groped around for a flashlight and froze when I heard someone whisper, "Looking for something?"

It was Jake. I turned to look in the direction of the voice and saw the glint of green eyes. He came closer and launched at me with a knife outstretched. I dodged out of the way and whipped out my knife. I plunged it into his side as he flew past. It got caught and left a long gash before it came out. He landed with a loud groan.

He looked in my direction in confusion, "Iris? I didn't expect you to be here."

He tried to stand up but fell back down with a loud yell. I let out a sigh and went to search the rest of the room. I spotted some boxes that were ripped open and spotted some first aid packs. I grabbed a couple and hurried back. I pulled out some antibacterial wipes and wiped the wound. He let in a sharp intake of breath and I wiped the wound again. I threw those to the side and yanked out the bandages. He pulled up his t-shirt and I wrapped the bandages around his body so they would cover the wound and stay.

He lowered his shirt and I helped him to his feet. He winced as we went back to the supplies.

"No, I literally almost got killed. Sara knew I hadn't left yet so she tried to kill me before I could leave. I stabbed her arm and took off. Then I found you. I haven't had any chance to look for a bag." I replied while searching the supplies.

I felt a strap and yanked out a bag. We let out a sigh of relief and he started stuffing it with supplies.

I loved your story!

Do you think I should continue it?

Then I will, as soon as I find a good prompt. Do you know a prompt that would fit the story?

Hi! I really liked your story, definitely saw the Hunger Games inspiration, but was a little confused of how she went from no fighting skills to stabbing Opal. I did like that part, it provided a nice twist, but it was also predictable at the same time. Maybe you could let their alliance grow, and then have some type of betrayal. If there's going to be a part 2, I'm looking forward to it!

Ah, I actually just saw that there is a part 2. Never mind about that part!

Yeah, sorry about the predictably. There wasn't going to be an alliance because they were friends in middle school. And it explains in The second part how she went from no skills to stabbing Opal. She was pretending and I guess she had pretended so hard that it just stuck and she believed that she had no skills. Training must have knocked down that wall.

Thanks for the feedback. I'm actually surprised that I do well on these (beginner writer) because I don't have that much writing experience.

Oh, that's cool! Well, I don't have as much writing experience as some of the others on here, but keep writing! The improvement will come!

Also, I just started wondering how Iris went from literally no skills to a fighter in (goes up to look) four days.

If you want me to continue the story, let me know. We already know that Iris survived or else she couldn't tell the story. 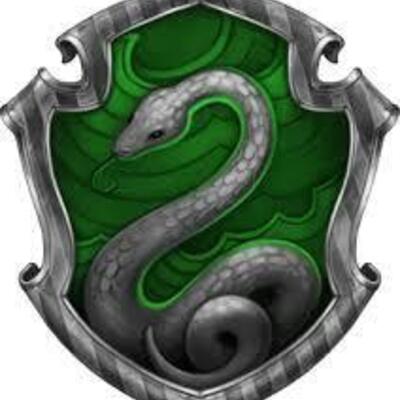 GREAT STORY!!! I wasn't expecting the part with Sara being stabbed in the arm! You should consider writing a book!

This was a good premise, but it was very repetitive. Also, you added a little too much exposition. I know from experience that you need to balance it out, and use a little less of the "tell" and more of the "show". Don't only show, though. Great start, and you can build on it as you get better. Can you check out my stories?

I'll check out your stories

You should contuine! This story is amazing! Keep going!

I am working on part two now. This time from Jake's point of view. 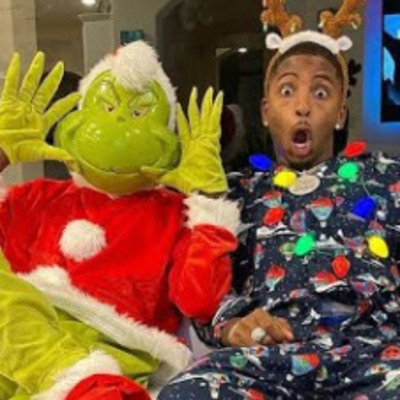 Hey Iris :) I like it! Of course, you should keep writing :)