"It doesn't count if you're already planning your defeat." Six said, as she rolled her eyes.

"For heaven's sake, Six. I'm not planning my defeat!" Zed said, exasperated. He shook the knife in his hand dramatically, and then swished it down on the bright orange carrots on the chopping board.

Six, who couldn't take it any longer, snatched the knife from Zed's hand, pushed aside the board, and said sternly.

"Zed. You'll win. Hard-work pays off, and you've wasted much of my ingredients than I have ever used in my life to make this one recipe."

Zed laughed. "Sorry about that, Six. I spend most of time here, so there's no other choice!"

Six sighed. "Don't reroute from the subject. Theory suggests that those who tend to change the subjects are more likely to-"

Zed slapped his forehead. "Stop being so anxious, Six"

"Why would I be anxious? And what makes you think so?"

"Hmph. Your 'theory suggests' part only comes when you're anxious."

Six's golden eyes glanced up and Zed saw the worry in her eyes.

"Seriously, Six. A minute ago, I was stressing out. You told me not to plan my defeat. And you're worrying now? I should probably think about getting a new 'normal' best friend."

The oven's buzzer went off, and Zed ran over to it.

"Taste," he said, when the chocolate had cooled down and ready.

Zed shifted from foot to foot.

Zed grinned, his eyes shining like rare black diamonds. His hair, by the mild breeze that came from the open kitchen window, danced slightly, giving Zed a pleasant appearance along with his chiseled face.

"Zed, you'll definitely win. There's no chance of anyone else winning, due to the amazing recipe you've created!"

Six frowned. "There you go again. Trust me, you'll win. Be optimistic! Positive feelings only! Good vibes, good vibes!...." and she chanted on, making Zed taste his recipe, and listen without any other choice.

"When is the competition, again? You keep feeding me so many sweeteners, I think my brain has gone way too sweet too!" Six joked, poorly.

Zed made a face, but replied, "Hardly. You'll forget something when pigs start flying."

"Ok then. Let's go and shop for aprons, toque, and some extra ingredients. I'll also draw you some posters! And WHEN you win, be sure to put in a good word about my paintings."

"Forget I ever said that."

"Wonderful, dear. Is this a new recipe?" Mrs. Cook asked, wiping her lips with a napkin.

Zed nodded. "This one is the final for the weekend's competition."

"Right enough to make you the winner!" his mom said, hugging him.

"Yummm. Can't believe you made that, Zed. I bet you'll win that huge trophy!"

"Dad! All I asked for was a review." Zed said, running a hand through his bangs.

"That's what I gave, isn't it? All the best for the competition, though you don't really need that."

Zed was an amazing young baker, with loads of talent. The chocolate baking contest to be held on Sunday, was a huge one, with awards that could change Zed's lifestyle. With a judge, who was a world-famous chef, the competition was indeed a prominent event.

But Zed, didn't need only optimism. He wanted to know that it was okay if would lose. He needed the reassurance. But no one seemed to be offering it to him.

"Is losing really such a bad thing?" he wondered, when all his taste reviewers were concentrating only on winning.

Zed made up his mind. His decision was fixed, and he now focused on practicing his recipe.

Six was shrieking as she threw ingredients in a sack-bag, along with apron, and other materials.

"Don't be ridiculous. You need to reach their before 30 mins."

Zed gave up. Winning an argument with Six was nearly impossible, and 'the wise chose remaining silent', Zed would often say.

Dressed in dark jeans, light blue t-shirt, his eyes excited for the contest, and cheeks rosy pink, Zed looked every bit of a model teen.

Waving as he stepped on the stage, earned him an extra cheer from the audience.

Zed started his recipe after smiling at the frantic Six and his confident parents.

After 2 long hours, Zed's unique chocolate was ready. He relaxed as he sighed. Decorating it and arranging it creatively, was a part Zed had to concentrate on more.

It was the work that Six liked to do, not Zed.

The buzzer went off, and the contestants stopped immediately, standing beside their tables.

The judge climbed up the stage, his look intimidating a few.

But as he smiled sweetly, the participants calmed down. Only a tiny bit, though.

The trophy that stood proudly in the middle of the room was reflecting in every contestant's eyes, each one hoping that it was his.

The judge went around each table, tasting each chocolate, and then noting down the marks on the notepad, which was well-hidden.

After a few long minutes, the judge held the mike in his hand, and began, "And the winner is..."

Zed held his breath. The next words would determine his future.

His heart racing, he stood still, as he tangled and untangled his fingers continuously.

"And the winner is..."the judge repeated.

Zed's smile did not waver as he shook Kate's hand. He smiled broadly in the group photo.

The confident and sure faces of Mr. and Mrs. Cook and Six's were crushed.

As Zed walked up to them, smiling mildly, Six ran upto him.

"Oh Zed! You had tried so hard...Your chocolate was the best, I bet."

Mrs. Cook rubbed Zed's back as she hugged him.

"You were very good up there, dear. Don't be heart-broken. There'll be next time. You'll win then."

But Zed didn't need those.

His parents, too, looked at him, expecting an answer.

"Well, in your words, 'I was planning my defeat’, wasn't I? Not that I didn't give my best. I did. But along with the thoughts of winning, I had thought about losing too. What if I lose? What if I fail on the way? I had decided what I would do, so the results didn't affect me very much."

His company smiled at him, admiring the boy.

That day, they all learnt a valuable lesson of life.

Winning is not the only good thing. Losing also helps. And that's not the end of things.

"Well, next time I enter in a contest, remind me of the Zed mantra, Zed," Six whispered, as they sat in their car, causing everyone to laugh heartily.

Planning your thoughts if you lose counts too. 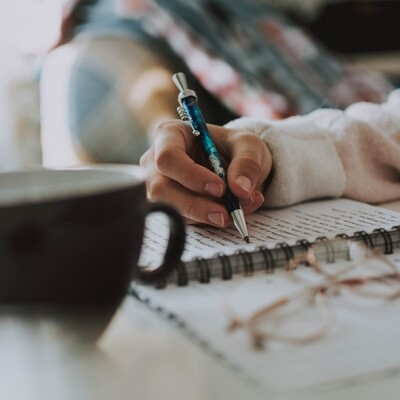 Amazing story as well :) I like how Zed didn't feel so down when he lost because If he won, what would be the part of the story? so good planning and great work! also do you like baking themed stuff? I think It is unique and Wonderful. I can feel the characters and their thoughts as it goes. great job! keep at it :D