The Cloud On A Full Moon Night

A gentle breeze made the leaves high up the gigantic oak tree rustle, like a demon tried to pass between them stealthily.

Up a huge fig tree not too far away, a disoriented dove cooed and was answered by the croak of a jack frog in the pond a few yards below.

Janet first fancied the adventure of spending a full-moon night out here one cold angry night, after she had dumped Larry, her childhood sweetheart, so many months ago.

She had sat on an old ant-scoured bench in one corner of this arboretum then, and wept the painful decision into acceptance.

She had not met Brian then yet, on whose broad shoulders she now leant, feeling his randy heart pound like a chugging steam engine. She liked the sound his heart made. She would not let him know, but, she sometimes wondered how it would chug on a platter. Probably dancing around until there was no more blood to pump.

She looked up and met Brian’s intense dark eyes. He had a bushy brow and she thought fleetingly about his hairy arms and furry chest. She thought of him being a lion, a huge mane sweeping the ground under him. He had the gait of a lion, lazy but assured, strong.

'You feel cold, are you afraid?’ Brian whispered into her ear.

‘I am alright, I never am too warm, you never noticed?’ said Janet in her small tremulous voice. Her voice belied her stocky frame. She was a strong girl, 75 kilos and measured 5 foot 6 in her stockings. She liked to wear clothes several sizes smaller, because it made her feel just so.

Brian held her shoulder, nudging her gently forwards and slipped his large hairy arm round her girthy midsection. There were rows of white tombstones on either side of their path, running parallel to many others. Sparse bunches of grass grew wildly where the heavy mulch allowed. Trees grew unhindered, unpruned, their roots feeding on the organic remnants of the forebears of the small town it inhabited. Dry leaves gave a bouncy feeling underfoot as the lovebirds waltzed on.

Emerging at a clear patch, Brian threw his rugged army supplies backpack to the ground and sat on it, while Janet wiggled free of her knapsack and sat on Brian’s lap giggling cheekily.

‘Here we are, baby', he said in his throaty voice.

Janet rose and reached for a blanket from her pack and spread it out on the ground to lay back and gaze at the stars high up, using her knapsack for a pillow and propping her colossal thighs in Brian’s lap.

‘Which is that constellation', she asked, pointing.

'Must be Venus', Brian said jokingly, shifting his position to have a look.

Janet pulled his ear and he turned and kissed her nose, and her neck and teased her cascade of long stringy hair, playfully tickling her in the moonlight as they frolicked like the smitten teenagers they were not.

‘I’ve never made love under the stars', she whispered, her breast heaving.

‘Might it rain?’ she asked, as clouds gathered to hide the bright yellow ball smiling gaily at them.

‘I’ve always fancied making love in the rain, with cold droplets splattering on my bare bottom', he answered. She smote him playfully, and they rolled on the blanket.

Janet sat up abruptly. She had clearly heard a branch snap, but the margin between reality and the dream she just woke out of was blurred. She tapped Brian’s shoulder gently and his snoring quieted, but he did not wake up. She was careful not to startle him so she held her breath and nudged him gently. He stretched and opened an eye, and she motioned him to be quiet.

When he came round, she whispered in his ear and pointed him in the direction the noise had come. He rubbed his eyes and shook his head.

The moon hid herself behind a light cloud, as if afraid to tell on the activities of the night. Brian crouched on one foot and tied his bootlaces, then stole away quietly, the dry leaves he stepped on giving him away in a five meter radius.

Taking cover behind a tomb pillar, he looked ahead, straining his eyes and his ears in the eerie quietness. He could make out a silhouette of an object as large as a tent. It puzzled him, and he took a tentative step forward, but then a hand lightly fell on his shoulder.

‘You shouldn’t have followed', Brian said without turning.

'Sorry, you shouldn’t have come', a man’s rough voice replied.

Brian turned abruptly, taking a Shotokan stance. He felt his arm gripped and twisted in one fell move. He was a martial artist and his experience whispered to him that he was no match to his adversary. He thought of Janet.

Just then there was panicky rustling and her soft voice came through, calling out his name worriedly.

The captor took advantage of Brian and Janet's stupor to tie their hands together with a tough, thinly, nylon chord.

Men worked quietly, a shovelful of earth at a time and the mound of soil grew, giving an uncomely aroma of damp earth.

None had spoken since the work started at 0100 Hrs.

Boss, as they all called him stood at the head of the pit, arms akimbo, an old cowboy hat tilted awkwardly on his big, clean-shaven, if uneven head.

Brian’s captor walked timidly to Boss, who had his back to the trio.

‘Something’s up Joe?’ Boss asked in a low voice when he turned from a tap on his shoulder. Only Joe ever touched Boss.

Boss whipped around abruptly, his one hand reaching for the pistol in his hip.

'I have tied them up, they are unarmed, harmless', pleaded Joe.

'It is not in your place to decide who is harmless', Boss bellowed and took menacing steps towards the captives.

‘A picnic? At midnight?’ the boss lifted his arm as if to consult a watch he did not wear. ‘Darned if I buy that, who are you then?’ he asked, 'any papers?’

'I am an intern Sir, I live on the other side of town', Brian explained, trying to sound, insignificant, harmless and respectful.

Just then, there was a loud clanging sound as a shovel hit metal, down in the pit.

The shovelling stopped. The mound of earth beside the pit it came from was now the size of a small sedan.

‘Who did that?’ Boss asked calmly, surprising Janet with the easiness with which he slipped from a state of extreme agitation to cold calmness.

'Hold it!’ Boss said, lifting his right arm. All the workmen held onto their tools at attention and after an authoritative glare, he turned again to Janet and Brian.

‘This is your woman, I presume,' the boss asked evenly.

‘She’s Janet, my friend', Brian said trying to hide the trepidation in his eyes.

'I know you want me to help you now, lad, but tell me, how can you help me?’ Brian looked at the large man, and tried to form words in his head, but his lips moved in vain.

‘I have an idea of how you’d like me to help you, but you have no idea how you could help me? That’s unfair!’ the boss half shouted.

‘Now then, young man, what do you imagine we are all doing here?’ he asked, making a sweeping motion with his huge arm at the men who had now stopped working as they awaited new instructions. ‘Yeah, take a guess', the big man prodded.

'You want to bury somebody?’ Brian tried to sound brave, as brave as someone who buried people at the wee hours every other night would sound.

'Not bad, but you are a bit early, the burying will happen later', the boss explained to Brian’s utter shock.

‘Now, men, bring the box up!’ the boss shouted.

As Brian watched, a casket was brought up from the pit. He thought he heard Janet’s heart catch in her throat.

The boss asked for his bottle of gin from his guard, poured and threw back two tots in quick succession, shutting his eyes tightly as he felt the fiery ether hit his stomach.

'To your freedom', the boss toasted a third tot and handed it to Brian. ‘Your job begins, now!’ he added.

As if welcoming a new actor on stage, Boss theatrically swept his arm from where Brian stood and on to the soiled casket, in a gesture that might have elicited envy from a wrestling referee.

Joe guided Brian to open the casket and bare the dead man inside, starting with his silver wristwatch, the golden pendant on his neck and the golf shoes he had loved in life. The rest of the gang stood watching.

Janet bent over and got sick, choking on her bile. No one bothered. Nothing was ever done without Boss' word.

'As you may see, young man, we don’t kill people. We only re-bury them as nature intended. That way, nature is happy and we are too'. Brian had lost all sense, was nauseated and mad.

Joe stripped the corpse of all dignity, then rolled him over the mound of earth to land in the pit with a reverberating thud. That is how Boss wanted it done, and what Boss wanted was done as he wanted.

Joe and Boss had an arrangement. Brian got to keep any jewellery and accessories that was not gold from the corpse as his payment for leading the team, and Boss kept the casket and paid the hands.

Meanwhile, the handymen busied dusting the casket, wiped it with alcohol and perfumed it generously, until there remained no evidence that it had carried a body. The casket was then loaded into Boss' hearse, for he ran a funeral home.

The men all then undressed but for Brian, to the utter shock of the now recovered Janet, and threw their clothes in after the corpse and refilled the grave with a proficiency that would have shamed an earth mover.

Joe rebuilt the tombstone and replaced the still fresh wreath as naturally as it had sat before the job.

Boss then impatiently summoned everyone around him and fetched a wad of bills from his jacket pocket.

He first paid Brian, counting out four new currency notes and giving him. Brian took his money with visibly tremulous hands, more out of his fear of Boss, and with surprised disbelief.

‘You are now free to go, buy the lady some ice-cream', Boss said laughing, and reached into his shirt pocket to fetch Brian his business card. ‘I’ll be calling you soon', he said, a mean smile dancing on his lips.

It was a call Brian secretly hoped would never come. 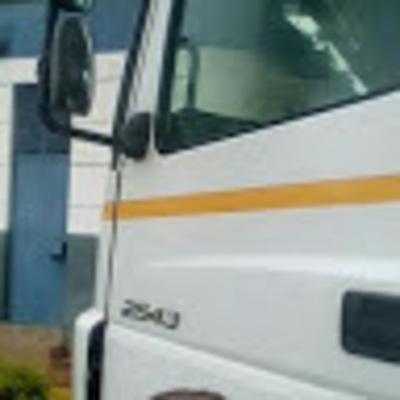