The Adventures of Luke and Lexi

“Come on Lexi! We had an agreement.”

I sighed in exasperation, “That was before you died, doofus.”

“Alive, dead… does it really matter?” my brother shrugged.

I felt like standing against the wall and repeatedly banging my head on it. Carrying on a conversation with Luke often made me feel like it. And not for the most obvious reason. He was twenty four years old, well twenty three when he passed. But he still acted like a three year old.

“How are people ever going to get that I’m Lilo when they can’t see Stitch huh? They’re just gonna think I’m some Hawaiian girl.”

Luke waved his hand, gesturing towards the pen and paper kept on my dresser. The pen rose in the air and started scrawling across the page. A red ribbon emerged from my drawer and wove itself through the top of the page. Then the whole ensemble came towards me and settled arose my neck. I looked down and then rolled my eyes. He had created a placard for me to wear with the words “LILO” calligraphed across it. “At least your handwriting has improved.”

“Please Lexi? You can’t deny your older bro this, can you? Especially not your dead older bro.”

“Doesn’t really feel like your dead when I see you all the time.”

“Hey, I do have a life, you know. I mean, an afterlife. Man, you really are missing out. This guy Bruce, he used to be a billionaire before he died. He throws these incredible parties every night. Plus, he has all these hot chicks who come.”

“Then why the hell do you keep popping up around me at all times of the day?!” I almost screamed.

“I can’t. Because you’re dead.” I said, deadpanned. “And that day, when I was on a date with Connor, you kept popping up between us! I’m pretty sure that he thought I was crazy. Every time he came close to me, you started growling in his face. I spent the entire night glaring at you and grumbling under my breath. Suffices to say, he’s never going to go out with me again.” I said, throwing my hands up in the air.

“Hey! He should have kept his grubby little hands off my sister! That tool!”

“If I wasn’t a medium, I wouldn’t be going through this!” I opened the door of my room and stomped down the stairs with Luke following close behind. I entered the kitchen and spotted my mother standing in front of the refrigerator. “Mom, why the hell did you and dad pass these stupid medium genes down to me, huh?”

“Language! And I know your brother can be a bit irritating sometimes….” My mom said as she came towards us and swatted my brother on his head.

“…but you’d miss him if you didn’t have these ‘stupid medium genes’.” she finished.

“What did you do, Lucas Cooper Remmington?” my dad’s voice carried over to us from the living room.

“He keeps ruining my dates, that’s what!” I fumed.

Luke strolled into the living room and settled beside dad on the couch. “I was just making sure that the little twit was worthy of my little sister.”

I groaned. “You guys are one worse than the other! I’m going to go put on the stupid Lilo costume.”

“Yesss!” Luke stood up and pumped his fist in the air. “First Halloween as a ghost, here I come.”

By the time I had put on my costume and walked back downstairs, my brother had already conjured up his own Stitch costume.

“Stay safe!” my mom called out as we headed out the door.

“So where do you want to go?” Luke asked as he put his arm around my shoulder and did the ghost version of a noogie.

“This whole thing was your idea!”

“The people out there are going to so drunk! We can play some awesome ghostly pranks on them!” We were so similar that way. Both of us loved pranks.

We got into my Mustang and drove over to Dom’s parent’s cabin in the woods. As soon as we started down the road that led to the cabin, we could hear the noise from the party. From the look of things, we had been right in assuming that everyone would already be well past drunk.

“I spy our victim for tonight.” I said gleefully as I pointed towards Justin. He was Luke’s best friend. Well, had been before Luke died.

“Poor, poor Justin. He isn’t going to know what hit him.”

He walked towards me but I didn’t stop. I continued on in the direction of the basement. He followed on behind me, stumbling a little. The door to basement which has been locked, swung wide open for us. Not that Justin noticed.

“I needed to get him back for that stupid prank he pulled last year with the water hose. This is going to be perfect.” Luke grinned, rubbing his hands together in anticipation.

We headed down the stairs of the basement. It was a finished basement, more like a man-cave with video games, a large television and even a beer fridge.

Just as we reached the last step, I shuddered. “Lexi! Are you okay?”

“I just felt something, I don’t know, like a cold breeze.” I made a show of looking around nervously.

“Really? There aren’t any windows here.” Justin looked confused. He headed over to the thermostat and fiddled with regulator. “The thermostat seems to be working just fine.”

Just then, the lights flickered and went off. Justin looked a bit uneasy. The fluorescent paint lining the edges of the room provided a bit of illumination.

“Let’s get out of here. Come on.” Justin headed to the door and pushed at it. It didn’t budge. He jiggled the door handle almost desperately.

“Asshole is scared of the dark. Has been since we were kids.” I heard Luke murmur. I could hear the smile in his voice. He sounded almost wistful. I knew that he missed his best friend. Even though he had us, he still missed Justin. They were almost like brothers. But it wasn’t as if he could talk to him again. Or as if I could go to him and say, “Hey, you know Lucas? Your best friend since kindergarten? The one who died 8 months back? The one who you think moved on to the next world? Well, the next world is closer than you think. He’s still around, irritating the shit out of me, stalking me and ruining my dates. You can’t see him but I can because both my mom and dad carry a special gene that allows them to see ghosts. And they passed it on to me as well.”

“Lexi?” Justin’s voice jarred me out of my thoughts.

“I, uh, I think we’re locked in.” he said, sounded a little panicky.

A bright light started glowing on the other side of the room. It lit up the entire room as if the lights had never gone off.

Suddenly all the objects in the room rose into the air as if they were just floating around and started doing a little jig.

“Watch Beauty and the Beast recently, bro?” I whispered to Luke.

“What? No.” he scoffed. Upon seeing my expression, he reluctantly admitted, “Fine! You know that ghost chick Hailey? Yeah, she made me watch it on our date last night.”

“You are such a hypocrite! You can go on dates but I can’t?” I whisper shouted at him.

“Lexi, you really want to talk about this now?”

My attention was brought back to Justin who was now muttering to him. “This can’t be happening. I must be more drunk than I realized. Shit, did someone drug me? This isn’t real. I’m probably lying unconscious in a ditch somewhere. Oh man, my mom’s going to kill me if she ever finds out that I’m this drunk.”

I snuck behind him and whispered in his ear, “Luke says ‘We’re even’.”

That was the last straw for Justin. His eyes rolled up in his head and he fell flat on his face. I smirked at Luke. “Don’t worry, he isn’t going to remember this tomorrow.”

“He’d better not or you’d have a lot of explaining to do.” Luke warned, laughing.

The next morning, I hovered over Justin’s sleeping body.

“When is he going to wake up?” Luke asked impatiently.

“Shhh…He’ll wake up soon. Calm down.”

“Lexi…what, uh, what’s going on? Oh shit, the basement, and… and lights… and the dancing things… and Luke.” Justin said, jumping up and looking around with fear in his eyes. Noticing where he was, he looked at me, confused.

“What are you talking about? Are you still drunk? You were completely out of it last night. You were drunk as a skunk when I found you, stumbling around Dom’s cabin. You passed out on Dom’s couch just after I got here.”

“Huh? Uh, yeah, I must have dosed off. I had a really weird dream last night.”

“Really?” I said as I as exchanged a secret smile with Luke.

“Yeah. Anyway, I better get going. I have practice at 9. Uh, bye Lexi. See you around.”

As soon as he got into his car and drove off, I heard Luke say, “All in all a great Ghosty Halloween. May there be many, many more.” 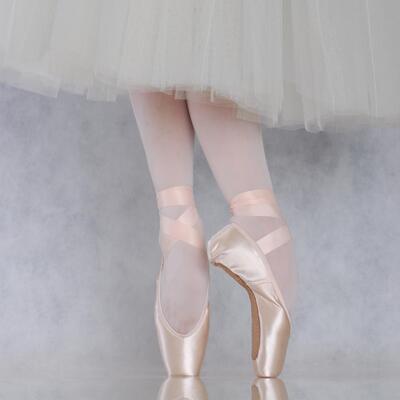 Woah, that was intense. Love the characters. Although maybe fix the swearing. I'm only saying that because I am a kid in middle school just so you know. Great job though.

Thanks so much. Yeah, I wasn't very sure about the swearing but ultimately I just decided to go with it. But I'll keep that in mind for next time. Thank you. I'm glad you liked it. :)