I had died last year on November 29, 2019. This would be my first year as a ghost, and everyone else wanted to haunt everyone they hated when they were alive. All I wanted to do was make sure that my little sister, Ally got as much candy as she wanted. She loved candy, and I knew that if she got at least two jack o-lantern buckets of candy she would be less sad about me dying. I also wanted her to kind of forget that my birthday is on Halloween because she would be really sad and not want to go trick-or-treating.

I had died of leukemia, and she had spent every day in the hospital with me. She even switched to online school so she could spend more time with me. I’m not sure if she thought that if she spent more time with me I would get better, or maybe she thought I would die when she wasn’t there and she wouldn’t be able to say goodbye. Either way, she loved me so much, and I loved her too. I miss her so much, and I just want her to be happy.

I make sure that she doesn’t get hurt. I watch over her while she sleeps, does school work, and even when she is just chilling in her room. I have some special abilities. I can let her know when she is about to be in danger. I can give her a message. Something in her mind that will let her know something is about to happen, or something that will make her more aware so she doesn’t get hurt.

This year, I was going to give her signs of which houses have the best candy. Or which ones had more candy. Every year, a couple of highschoolers go around and taunt the kids that are trick- or- treating. They used to do that to me every year, I hated them. Well, hate is a strong word. I ‘disliked’ them. They would chase us around the block the whole entire night. We never got more than seventeen pieces of candy. I used to give all my candy to Ally every year. I liked to make her smile, I miss that.

The only things that I hate- ‘dislike’ about being dead are; One: Ally is always sad about because she misses me. As I protect her, I watch over here while she sleeps. That means that I watch her fall asleep. I hate it though. She cries herself to sleep each and every night, and I have to watch her. I even watched her go to the doctor when my mom said she was being more quiet than usual. She got anti- depressants. I keep beating myself up about it, but it isn’t really my fault I died of cancer. It is my fault that she is depressed, though. I should have told her that I would protect her, or that I would be with her forever. When I was alive I knew that I would be a ghost.

My great grandmother had sent me messages so often that I knew it was her, and I knew it was her as a ghost. I wasn’t completely sure how it was possible that she could do it, or if everyone did it. Now I know that everyone did it, or everyone had a choice. If they wanted to live an almost ‘normal’ afterlife, they would choose ‘Go’. And if they wanted to be a ghost and ‘haunt’ or ‘protect’, then they would choose ‘Stay’. Then you would be able to send messages or slightly move things. By slightly move things I mean you could make things disappear and make them reappear, along with being able to replace them somewhere else. Most people- Correction- ghosts, wanted to haunt the people that they ‘disliked’. They would take their candy amongst other things on Halloween. That is the day that we get full power over everything. Not full, but a lot of power. We could take all the candy, or give all the candy. Depending on if you like the person or not. I mean there are a couple people who I want to get no candy, but I am going to focus on my sister, and give her all the candy she wants. I want her to know that I’m always here, and I always will be.

Ally is really smart, so she will know it’s me. She will remember that I used to give her all my candy on Halloween, and when she gets a pound of candy every ten minutes from six o’clock to midnight, she will know for sure that I sent it. Wait- What if she doesn’t trick- or- treat?! No, she’ll still get the candy, I will make sure of it.

Halloween morning!! It is now Halloween and I can officially start doing things with more power! First of all, to start off this magnificent Halloween morning, DONUTS FOR BREAKFAST!!! Ally loves donuts, she can stuff seven in her mouth at one time. Okay, now that I think of it, it is a little gross, but I;ve dealt with it before, so I can deal with it now. She sees the donuts on the kitchen counter and immediately reaches for a plate, napkin, and a cup of orange juice. As she does this, I get to watch the smile come out slowly. Finally, I start to see her happiness.

Then, by the time she finishes it’s already noon. She starts to trick- or- treat at six o’clock. I heard her say to my mom: I can’t wait to trick- or- treat! It was definitely the donuts. As I say- sorry, I meant think- that she says “Did you buy donuts?” “No, your dad must have gotten them on his way out to work and then came back to leave them for you. After all, it is Halloween! Your favorite holiday ever! Donuts are the only acceptable way to start it off.” my mom replied. She always had an answer for everything.

At four o’clock, Ally began to get ready. She was going to be a pumpkin for Halloween. She was going to paint her face orange with yellow triangles for eyes, a triangle for the nose, and that signature zig-zaggy mouth that jack o-lanterns have. She looked like a real pumpkin when they were finished. By the time they were done, it was 5:45, and they started trick- or- treating. Once it hit six o’clock, she got her first pound of candy. This went on until midnight, when they stopped trick-or-treating. She had a whole three pumpkin candy baskets full of candy, and then seven pillow cases full of candy.

Ally was the happiest I had seen her in what felt like forever. I missed the old her, but now she’s back. I cried for the first time as a ghost. They were happy tears, for I had just made my little sister the happiest girl in the world.

This one's about a sisterly love that she has that will never die. I think the concept is beautiful, but leave some feedback and let me know what you thought on how I pursued it.

Thanks so much Raquel! I am so glad that you liked it. I think this story has already been approved so I can’t go fix it, but thank you for taking the time to read it and tell me what was wrong!

You're welcome! :) Alright, it's totally fine, I understand. No problem :D 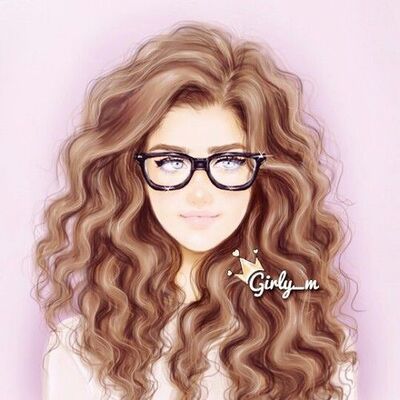 Kaitlyn, I really like your story. The way you described how the sisterly ghost watched over her little sister was so comforting and loving, as a guardian angel.

Thank you! I thought it would bring some love into the scary prompt.

What a lovely story about the bond between sisters. I love the concept of the sister who passed being able to send signs and messages to the living sister. I think you’ve done a wonderful job. I only found a couple edits: Ally is always sad about because she misses me. — Little typo/missing word Ally is always sad because she misses me. but I;ve dealt with it before, — change semicolon to apostrophe but I’ve dealt with it before,

Thank you so much! I am awful at typing lol

I'm not a big fan of scary stories so I loved this one. Love never dies.

It doesn't. I am glad you liked the story, Did you have a favorite part?

At the end where her sister was smiling and she was crying happy tears. Best ending! Kept writing!

I liked the part too! I will keep writing for sure.

Thank you! I’ll upvote you too!

Wow, this was really good. I really like your writing style, and this story was super creative. It was sad, but it turned out in the end. Great job, Kaitlyn! P.S. I saw that you've been downvoted, so I'll upvote you right now!

Thank you so much! Glad you liked it!

You are so welcome!

Aww this is ssoooo cute and heartwarming. And the title is just perfect, good job!!

Thanks Stacy! I am glad you liked it

I love this Katilyn! And I will upvote you as much as possible! I hope you catch your downvoted!

Okay! I think I just got you 30 points or so, again, wonderful story!

Thanks so much! I am working on finding them.

I am glad too! You got me up to over 100 points! That's more than I had origanally! Thank you so much!

No problem!! You deserve it!

Hey Kaitlyn! I thought I'd check in since it's been a while! :)

Okay, this was a really great story and it was also really sad, which was a good thing because you did the sad parts really well ^^ I think that its even better than all my stuff as well because I suck at doing sad things and some other stuff as well. I ain't sure if I got any advice for you or any sort of tips, besides that you should still continue to make stories on here and possibly on some other stuff. 10/10 :)

Thanks so much! I thought it was sad too, but it all turned out in the end... other than her still being dead and all, but that's just the prompt! lol

Maybe at some point you should make a part 2 or something with this? unless ya want to keep it as a stand-alone story?

I think I'll keep it as a stand alone

I hope the down voter stopped :( I upvoted you a bit, hope you're doing good! Loved this story btw

Thanks so much! I am glad you liked it! Thanks for helping with the down-voter!

Welcome, anytime! Let's all work together to make this community non-toxic!

What’s up peeps! I’ve written my first mystery and submitted it for this week’s contest. “Murder at Kasserine Pass” I’m looking for honest feedback. I’ll admit I’m kinda nervous. I had a few ideas but not enough space to put everything in this short story. Your opinions matter to me and I greatly appreciate you taking the time to read my work. If you have something you’d like me to read please reply back and I’ll check it out. Robert