Submitted for Contest #65 in response to: Write about a vampire or werewolf who moves into a quiet suburban neighborhood.... view prompt

“Ooh la la! Yes I think I like what I see?” Nan was literally hopping from foot to foot like a child spotting a candy cane.

“He didn’t even look at us when we passed by. He’s probably gay.” Stella said blowing over her not so dry fingernails.

Nan and Stella had just come out of the nail salon when they spotted the new neighbor unpacking his items from the back of a U-haul.

“Why do you always go there Stella. He is clearly as straight as an arrow. Did you see that form? I bet he has a nice set of abs under that coat too.” Nan giggled.

Stella stopped walking and stared at Nan. Nan kept on walking oblivious to the fact that Stella was left behind.

“Hey you…dummy head! Could you get your head out of the clouds for a minute and think for real please?”

Stella ran up to Nan and yanked on her hair.

“Ouch! Why did you do that?” Nan shrieked.

“Oh, you’re awake now? Good, now listen. You just got out of a dismal relationship with Gregory. Don’t get any funny ideas now.” Stella said.

“Look Stella Gregory was on another level all together. I could swear he was some sort of a werewolf or something. His nose was always wet, he smelled like damp fur and…”

“… and you were totally mesmerized by him.” Stella finished.

Nan shook her head slowly from side to side mentally weighing her thoughts.

“Well, he was cute and sweet and he had a great body. You can’t deny that Stella.”

“All am saying is that Mr. Pale face back there should not be anywhere on your…”

Nan and Stella were suddenly interrupted. They never even noticed him until he spoke out to them.

“Excuse me lovely ladies. Can you…”

That was as far as he got. Nan and Stella screamed loud enough to get the attention of the passersby on the other side of the street.

“Oh dear I did not mean to frighten you.” The tall man said.

Nan and Stella stared at him for a full minute before regaining their composure.

“I…We…well…what did you say?” Stella asked. Nan was still in shock.

‘Wasn’t he behind us down the street? How did he get in front of us all of a sudden?’ Nan wandered.

“Yes please. I am so sorry to startle you. Please forgive me.”

“No…no wo…worry at all.” Stella finally responded. Nan looked at Stella. Was she being friendly all of a sudden?

“How can we help?” Nan asked. She was more composed than her friend at this point.

“I was wondering which way the grocery store was. I tried following the map but…”

“It’s two blocks down the street from here. Take a left and then it's right in front of you.” Stella spurted out.

Nan looked at Stella as if she was seeing her for the first time. Stella was never this nice, especially to the strangers in their quiet suburban town. She was always wary of strangers. She suspected Gregory and his motives towards Nan every day until he finally moved away.

“That is very kind of you. Thank you I will be going now.” He tipped his long black hat that sat right in the center of his head. He had thick black curly locks that edged out from under the hat covering his ears and brushing his forehead.

“Wait..” Stella called out as the stranger started to go.”

“I’m Stella. You’re new in town right? Could I invite you over for coffee sometime…maybe tonight?”

Nan grabbed Stella by her arm and shook her.

“What are you doing?” Nan asked through gritted teeth and a fake smile.

“I just think Mister would feel more comfortable if he made a friend in town. You know how unfriendly Sandstone can be.” Stella giggled.

Nan tightened her grip on Stella. Something was definitely wrong with her friend.

The stranger paused looked directly at Stella and responded with a smile that made Nan’s stomach curdle.

“I would be very happy to.”

Stella stared at the back of him until he turned the corner.

“You can’t be serious. What has gotten into you?” Nan shouted at Stella.

“Wait…what?” Stella faltered a bit then shook her head.

Nan grabbed onto her to keep her from falling over. “That’s what I want to know? What? What is the matter with you?”

“I don’t know. I…did I just invite a stranger to my house? No..no I couldn’t. I wouldn’t.” Stella shook her head back and forth vigorously now.

“You certainly could and surely did. Now what are you going to do?”

“What do you mean what am I going to do, we are in this together!”

“That was really crazy earlier today wasn’t it? I mean he doesn’t even know where you live right?” Nan laughed softly as she took a sip of wine. Nan and Stella were lounging on the comfy front room sofa of Stella’s apartment.

“I really don’t know what got into you. I mean the way you got that funny look in your eye…”

Nan looked over at Stella on the other side of the sofa and froze.

“…just like you’re getting that weird look in your eye right now.

What’s going on Stella?” Nan jumped up from the sofa.

“It’s him. He’s outside the front door.” Stella said calmly, almost in a daze.

Nan looked towards the front door and then at her best friend.

Stella rose from the sofa and started towards the front door. Nan grabbed onto her and pushed her back down on the chair.

“You stay here. Let me check.”

Nan moved quickly to the door.

She opened the door. It was him.

He looked at Nan and tipped his hat at her.

“Yes I am.” Stella suddenly appeared behind Nan.

Nan turned to look at her mad friend.

“A gentleman should never refuse a ladies invitation.” The stranger said taking a step forward. Before Nan could respond, Stella had yanked her out of the way and was ushering the strange man inside.

“Thank you Stella. My name is Michael.” The stranger said taking off his hat now. Stella took the hat and led him in.

“Wait, how did you know her name and…”

Michael sat on the sofa across from Stella never taking his eyes off of her.

“No thank you. I prefer something hmm, a little stronger my dear.”

Stella nodded as though she understood. Nan saw all of this and it annoyed her even more.

“We were just about to dine on some lamb. Will you join us Michael?” Stella asked. She was still speaking in that hazy way that was making Nan very concerned.

“Is it rear darling?” Michael asked.

‘Rear? Darling? What is with this guy?’ Nan knew she had to put a stop to this.

“It’s quite rear. Still pink on the inside. Let’s move to the dining table. Nan would you mind?” Stella called out as she and Michael moved to the dining room.

“Would I mind? Would I… are you serious?”

Just then Nan’s stomach growled and she realized she had downed a lot of wine but had not eaten since breakfast.

‘Well, I guess we can eat and then after that I must find a way to get rid of this freak.’

Nan went into the kitchen to get the lamb and baked potatoes out of the oven.

‘Hmmm! Smells great. Just a little something missing. Oh what could it be? Aha! Yes! The perfect garnish for baked lamb and potatoes.

Nan went to the pantry and pulled out ten garlic cloves. She peeled and sliced and soon the aroma filled the air.

Suddenly there was a cough. Followed by a second cough, and then a third.

Nan peeked out into the dining room.

“What’s going on she asked?”

Michael was doubled over coughing uncontrollably.

Stella was shaking her head from side to side. Almost as though she was trying to wake herself up.

It was an odd sight.

“I…I must be going.” Michael said getting to his feet.”

“But we haven’t eaten yet. Its lamb with potatoes, oh and garlic garnish. My special reci…”

Nan stopped when she saw the look on Michael’s face. He was turning green and his cheeks were puffing up. He jumped up from the table, grabbed his hat and headed for the door.

He was gone before Nan could say another word.

Stella sat at the table. She was no longer shaking her head to and fro.

“What happened? The fastest break up I ever saw you go through that’s all.” Nan laughed.

“What’s so funny? I ‘ll tell you what’s so funny. Your vampire Michael is almost as interesting as my werewolf Gregory was.”

Nan laughed aloud. Stella smiled and then laughed too.

“I guess we’re even now then.” 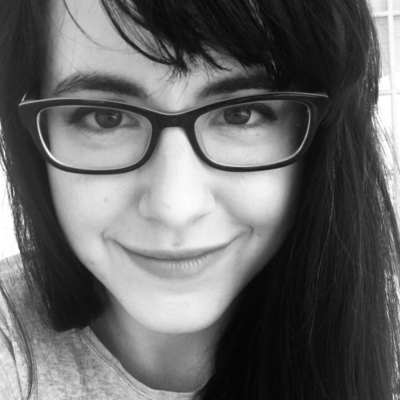