It was October 30th 2020, and I had been talking with a friend about what we should do for Halloween. We were fourteen years old so we thought we were too old to trick- or- treat, but really we just wanted to impress some of the girls at school. They said they were going to go spend the night in the town’s graveyard, so of course we had to come too. I mean what were we going to do anyway, ‘protect them’?

Anyway, I guess we wanted to come out as cool. They probably suggested we came because they liked us already, but hey, that didn’t come across our fourteen year old minds. My friend, Adam asked his dad to drive us, but he said that he would be busy taking his little sister trick-or-treating. I already knew that my mom had to take my little brother, so it was all up to my dad. “No.” He said. “That is way too dangerous. If you want to go, find someone else to take you, or you can just walk.” I turned to Adam. “Walking it is.” I said. “Okay, as long as we make it there.” He replied. We went to bed that night, excited to spend the night in a graveyard.

To top it all off, there was predicted to be a full moon on Halloween night that year. It was going to be awesome. So that morning, we started packing. You know, things that you might need, like food, a sleeping bag, pillow, and maybe something to drink. By the time we got everything packed up, it was six o’clock. We thought we should start walking, because the graveyard was a few blocks away. Once we started walking, I noticed that there actually was a full moon. It was pretty cool.

It was a little chilly, so I wore a sweatshirt. I wasn’t cold. I just wanted to give it to the girl that I had a crush on. Her name was Savannah, she was a really sweet girl who was shy, but was really funny when she got used to you. She had blonde hair, blue eyes, and was the prettiest girl I had ever seen. She was pretty outgoing. I had been waiting for so long to tell her I liked her, and this was the perfect chance to tell her.

As we walked over, Adam asked me a question. “Nate, do you like Savannah?” He asked. “Of course I do. She’s awesome. I replied.” “Cool.” Adam said. And that was the end of that.We finally got there around six thirty. The girls weren’t there yet, so we set up our sleeping bags and stuff. When they came, they didn’t have any stuff with them. No blankets, no food, no drinks. “Well, I guess we will just have to share.” said Adam. “Cool.” said Savannah’s friend, Amber. “What about the sleeping bags?” asked Savannah. “You guys can have ours, we’ll just sleep on the ground.” I said. “Are you sure? Me and Amber can just sleep on the ground.” Savannah said. “No, it’s fine. You guys can have the sleeping bags.” I said. “Thanks so much!” Amber and Savannah said in unison. “No problem.” I replied.

As the night went on, the more the girls got paranoid. They would say- What was that?- a lot. Finally, Savannah said the words: I’m cold. I froze for a second, then said: “Here.” I took off my jacket and handed it to her. She put it on, then said thanks. “You’re welcome.” I replied. She turned for a second, and I think that she was trying to hide her smelling my sweatshirt, but I saw it anyway. I thought it was kind of cute. She noticed that I saw her smell my jacket, and she blushed a little. Okay, she blushed a lot. It was adorable though.

It was finally midnight, so we started a little fire. I mean, not by accident. We had gotten permission to start a little fire and roast marshmallows to make s’mores. So, I got out the marshmallows and all the other s’mores supplies. Savannah ate her s’mores delicately like she didn’t want to hurt it. “Oh come on, just eat the s’more.” I said. Savannah laughed. She did actually start eating it though.

It was funny, though. Savannah started to get more comfortable with Adam and I. She started laughing and talking more. “Hey Nate, What’s your favorite movie? Savannah asked. “My favorite movie is probably any Avengers movie.” I replied. “No way! I love those movies too!” She said. “Cool, maybe we should go see the new one in theaters sometime.” I said. “Of course.” she replied.

Once we were done roasting the s’mores, we just stayed sitting around it so we could be warm. We decided to stay up until three o’clock in the morning. That way we would be up during the ‘haunted hour’. Also so we could make the girls think we were brave. We wanted to be able to, you know, hold them when they got scared. Or be able to tell that there was nothing there and that they would be fine.

By the time it hit three in the morning, things did start to get a little creepy. I didn’t want to show that I was scared, so I pretended to think it was all fine. Inside though, my brain was constantly saying “What’s that?” or making me look at something normal for a really long time and then start making me think that it was something I needed to be worried about. Most of the time it was just a tree, a bush, or one of the headstones.

Then, we started to hear some weird sounds. Like… well, I don’t know how to describe them. Zombie sounds? Then we all got up and decided to just take a little walk around the place. I made sure to suggest it in a way that wouldn’t make it sound like I wanted to make sure that there wasn’t anything there, but that is really what I meant to do. I actually started to get a little creeped out.

Savannah screamed. I snapped my head in her direction and saw that she was being pulled off by a zombie. I ran towards her and took off my shoe. I started whacking the zombie as hard as I could. That didn’t work, so I punched it. That worked. It let her go and she ran into my arms. She hugged me for so long, but I was okay with it because she smelt like a field of flowers. She looked up at my face, (by the way I am like six foot one, I don’t know how I just grow really fast.) and I looked into her deep, blue eyes. They looked like the ocean. Then she kissed me.

And that kids, is how your mom and I fell in love. In a graveyard, after I saved her from a zombie. It’s a beautiful story, really.

So this is more of a romance than a scary story, but I think it's cute. I really lilke the prompt, and this story.

Thanks so much! I'm glad that you liked it so much!

No problem ^^ could you maybe check out "Ghostly fun times" and leave some feedback on that as well?

alright thanks ^^ again remember to leave feedback, I'm excited to see what ya think :)

I will! I'll comment on it when I'm done. 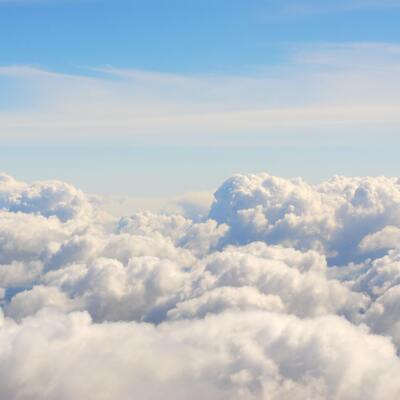 This is a really cute story! Minus a couple grammatical errors it has a good plot and it's just really cool to see a romance in the form of a thriller. Great job!

Thanks! I have been told about the gramatical errors, but it's to late, it has been approved already. Sorry. Thanks so much for the feedback!

Don't be sorry, just remember to use spell check next time, and you won't have a problem. Of course! No prob.

Okay! I forgot about that option! I’ll try it.

Good story, there is a line I noticed. the word actually was repeated in one sentence after another. Once we started walking, I noticed that there actually was a full moon. It was actually kind of cool. The word is "a lot" not "alot." This is a good story line, but I noticed you relied on adverbs a number of times and it detracts from the flow of the story. Keep up the good work! Robert

Thanks so much! I will go back and fix it!

Okay, I went back and fixed the double actually. But I couldn’t find the alot that was supposed to be a lot. Could you give me an idea of where it is?

Here you go. If it helps hit the keys "Ctrl and F" this will give you the find box and you can type in your word there and it will take you right to it. As the night went on, the more the girls got paranoid. They would say- What was that?- alot. Finally, Savannah said the words: I’m cold. Robert

Thanks, I went back and fixed it! I always need the help so you can comment whenever you want and tell me if something is gramatically incorrect, or just doesn't look quite right. Thank you so much!