Vivian, the Head Sorceress called for me to hand over the golden witch’s locket. It was shaped like a small potion vial. Vivian snatched it from me and handed me a smoky- quartz encrusted, silver raven instead. This was my first step to ascending from Witch to Sorceress. The next step was an Enchantress. Their lockets were platinum crescent moons. They had different wands and robes too. For Witches it was elm wands and satin robes, Sorceresses, willow wands and silk robes and Enchantresses, ebony wands and velvet robes.

There was a “ching” as Vivian thrust a pair of small, hummingbird thread scissors onto the tree stump we were using as our workbench. I took a shaky breath in and picked up the piece of an old ascension spell. It was yellowed with time.

I took a sharp inhale and winced as I nicked my thumb and stained the paper with scarlet blood. I passed the blade over, bowed my head and uttered

Vivian slit her thumb too. She didn’t react. She had done this countless times before. She then inserted the now crimson fragment of paper into the locket, along with the down feather of a raven. For Witches it was a sliver of a crystal potion bottle. For Enchantresses it was a gemstone of their choice, charged by a full moon.

She handed it to the eldest Enchantresses of the group, who were sitting on raised benches, magically levitating. In a few years I would be able to join them.

They all added their own signature beads to the necklace. Lissa was rose quartz, Victoria had jade, Cynthia had ruby, Sage had amethyst, and the Highest Enchantress, Rosa was diamond.

I received a glittering beauty of a locket back. I gently clasped it around my neck. The raven nestled on my chest, flying through

the midnight sky of my formal robes. The assorted, glassy crystals around it shimmered like a spectral rainbow.

Vivian glanced up at the sky, checking we were situated directly under the gleaming Halloween moon; it shone like a beacon in the velvet night sky, even behind its cloak of wispy clouds.

Then everyone rose from their seats.

And the clouds seemed to condense, creating some misty pillar from the heavens. The Moon sat atop this pillar, shrouding me in moonlight. I felt an intense jolt of pain, searing through every fibre of my being. It took a minute for it to fade. But when it was over, and the shock of the pain wore off, I felt really good. I couldn’t exactly put my finger on it, but it was like physical strength, and emotional confidence swirling together into a beautifully intoxicating cocktail of power. I sat back down, in a daze.

The rest of the group had seen my successful transition and smiled to themselves.

Vivian got up from her seat, a delicately crafted stool, made from oak bark and surrounded by a frame of wild berry brambles and honeysuckle. There was a Latin inscription at the base of it; roughly

“If our charms keep me going

Then our legacy is strong

If our legacy is strong

Then our we will never truly die

If we never truly die

Then our magic can run for millennium

And if magic keeps us alive

Then we must keep alive the magic”

It was written by the previous Head Sorceress Lissa, before she became an Enchantress.

Vivian pulled out a slim, oak, intricately carved box from her satchel. She extended her arm and handed it to me. I took it from her, gratefully. There was a faint "click" as I turned the ornate key in the the engraved, brass latch, with trembling hands. The lid swung back on its hinges to reveal a beautiful, slender, willow

wand. I lifted it from its plush velvet case. It was a beautiful milky cream colour, moss spilling from the tiny cracks in it's surface. There was a single train of leaves running from the tip to the base of the wand. A willow branch. Supposedly it helped to channel the magic from the hand, through the wand, the leaves helped it disperse evenly throughout the wand, so the magic wasn't too powerful. I would have time to practice later. I tenderly shut the case, slipped it into my satchel and held onto the wand.

“Gratias tibi.” I thanked her.

We had to speak Latin for formal gatherings. It was a slight pain, but I could deal with it. The Rising Rituals in particular were supposed to be completely silent, with speech being strictly in Latin. The punishment for speaking English during a Rising Ritual or Funeral was branding on the hand for Witches and new Sorceresses and permanent exile for higher Sorceresses and Enchantresses.

Then everyone sat back down. Vivian motioned to the assortment of damp twigs at my feet. Time to test the advanced magic.

Fire from a Sorceress should start from any flammable substance, regardless of its condition, and revert the fuel back to its original form once the flames are extinguished. On the other hand, a Witch’s fire can only start from dry coal or charcoal and creates ash. The nature of a Sorceress’ fire meant that this damp kindling had been used for generations at the Sorceress’ Rising Rituals.

I pointed my wand at the pile of dank wood. Usually with fire, I could ignite a spark within seconds. But I could tell Rosa’s satin grey eyes were trained on me. I was a nervous wreck.

A small spark danced upon the kindling, before being snuffed out almost immediately. I let out an aggravated sigh. I could feel Both Vivian and Rosa do the same.

This time a flame, half a foot high erupted from the timber. I myself fanned it out when I saw grey dust emerging from the blackened

This was not working for me. Maybe my wand formation was wrong?

I tilted my wrist left a tiny bit. On the clockwise loop, I slowed down. On the diagonal swipe I tried adjusting my grip.

An inferno sprang from the lumber. Amber ribbons, double my size reached for the sky.

Behind the blazing frenzy Vivian gave me a nod and tossed me my old Witch’s locket. She had taken off the beads, removed the artefacts inside it and ridden it of any spells for me; burning an enchanted item was beyond disrespectful. I fumbled around in my own leather satchel for my witch’s belongings. Satin robes, elm wand in its roughly carved mahogany box and golden locket.

I threw them into the fire. The symbolic action was mandatory for all Rising Rituals. It was a bittersweet moment, seeing your belongings, the things you treasured for years burning away into embers.

Then Rosa clapped twice. The flames were extinguished, leaving behind the same wet branches as before. And I was wearing elegant silk robes. The robes of an official Sorceress.

Sorry, for the late comment, but I loved this story a lot! Lovely job! :)

I love the descriptions of the ceremony. It has a shimmering aura to it.

And then Macbeth showed up... Just kidding! This is an interesting narrative...Well done!

Thanks, haha, my friend was going to be Lady Macbeth in a production before it was cancelled due to lock-down, but now she's auditioning for The Tempest! 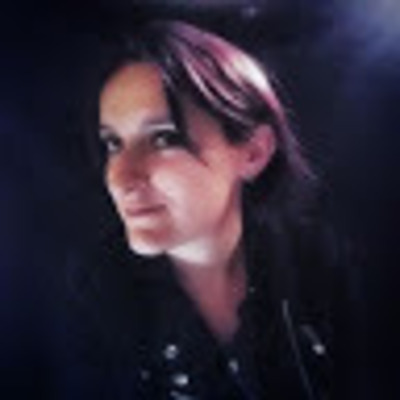 I loke how you crammed a lot of information about the witches and their hierarchy into the step by step description of the ritual as ot was happening. You also managed to transmit some "exam anxiety" through your storytelling. Very well done!

Yes google translate was consulted for the Latin parts. Even though I studied Latin. But other than the fact that it’s bound to be wrong, I hope you liked it!

Working on a novel based around this!