“Bye Mum, we’ll phone or text at each stage of our journey.”

“Take care of her Harry.”

“I will, Mrs. Bagshaw, um.. Mum.” Harry chuckles. “It sounds so strange calling you Mum.”

“You make such a lovely couple, now get on that train and get on with your honeymoon.”

“Come on Anne, I’ll help with the luggage.” Harry heaves the two large rucksacks onto the train, stacks them in the luggage rack and searches for their seat.

Anne raises her hand to her lips, blows kisses and mouths, ‘love you,’ as she wipes the tears from her eyes.

“I’ve never been on holiday without Mum before, it seems so strange,” said Anne as the tiny figure of her mother disappeared from view.

“Well we are a couple now, my darling wife.” Harry said as he gave Anne a hug.

“I know, it feels really weird to be married at last and on our honeymoon. How long is the journey?”

“Thirty minutes will get us into London and then we’ve got ten minutes max to get our connection. We won’t need to rush but no dawdling either.”

The catering trolly arrived and the newly married couple take coffee and sandwiches.

Harry looks at the time on his mobile phone. “Better make a move Anne. I’ll help get your rucksack on your back and we can be first to exit.”

Harry heaves the bulging rucksack onto Anne’s back, and she loops the straps around her arms.

“We need the underground to the airport. I’ll go first and you can follow as I’ve done this trip a few times with work.”

The train comes to a steady halt and the young couple alight.

“No, you won’t, just stay close behind me and look at your feet when you get on.”

Suddenly a crowd of people came hurrying around the corner from the platform.

“Hang on a minute, let this lot pass, we don’t want to get separated.

“Where are they all rushing too?”

“I don’t know, maybe they’re like us and need to get to their connection quickly.”

“Come here Anne, stand against this wall and let them all go by.”

More and more people came rushing past crowding the hallway and blocking the escalator. Anne and Harry pressed themselves tightly against the cold, tiled wall.

Suddenly there was a rush of hot air and people began to scream.

An almighty blast sent Anne and Harry crashing into the wall near the bottom of the escalator. People were screaming, children crying, an elderly man collapsed on the ground and was trodden on.

“Keep low,” shouted Harry, as he pushed Anne to the floor and began to choke on the fumes.

“We may have to ditch our rucksacks.”

“Harry crouched beside Anne and ran his hand up her arm, it was difficult to see in the thick smoke. He pulled her scarf up around her mouth. “Keep your mouth covered.”

People were staggering everywhere, and Harry had to push those away who fell onto him.

“Here Anne, look, wet your scarf with this water.” Harry fumbled about in the dark, took the lid off his water bottle and wetted Anne’s scarf and did the same for his own.

“How? I can hardly see a thing; the smoke is choking me.”

“Come on, dump your rucksack and keep hold of my hand.”

The newlyweds let go of their rucksacks and crept along the wall feeling as they went.

Harry found the bottom of the escalator, but it appeared to have stopped moving and people were clambering over each other trying to climb up the stationary steps.

“Here, Anne, we can put our rock-climbing techniques into practice and get out of here. You’ll have to feel your way along as best you can. I’ll go first. I’m going to climb onto the centre of the escalator and hang onto the edges and pull myself up. You follow me. You do the same,” Harry shouted above the raucous.

He dug his trainers into the steep, smooth sides of the escalator and gripped the edges firmly with his hands and slowly but surely eased himself up the centre piece of the escalator. Harry could sense Anne struggling behind him.

“I can hardly breathe Harry. You go on without me.”

Harry struggled onwards up the steep escalator, people all around him screaming, shouting and climbing over each other in an effort to get out into some fresh air.

The smoke grew thicker and the heat intensified. He reached out for Anne but could not feel her behind him.

Then he felt her hand on his ankle. A huge sigh of relief went through his body.

Harry continued up the steep climb, pressing his trainers into the sides of the escalator in order to get a grip and pulling himself up with his hands but the escalator began to feel hotter and hotter and the smoke thicker and thicker.

Then he saw a small flash of daylight and people wearing yellow high visibility vests. They were almost there.

Harry reached the end of the escalator, jumped down and stretched out his hand into the darkness for Anne. He could not feel her.

He stretched his hand out again and felt a hand.

“I can’t make it Harry; I’m exhausted and my chest hurts.”

“Hang on in there Anne.”

Harry grabbed the shoulders of Anne’s coat and dragged her with all his might to the top of the escalator where she slumped in a heap on the ground among what seemed to be hundreds more writhing bodies.

Suddenly Harry could hear alarms ringing, police sirens, loudspeakers, people shouting instructions, but it was all a blur.

He grabbed Anne’s coat once more and dragged her along the ground, keeping down himself to avoid the heavy, black smoke that continued to emerge from the tunnel. Then out into daylight.

Harry struggled onwards dragging Anne’s limp body along the pavement until he could sense fresh air and fewer people. His eyes were watering, he could hardly breathe as he became nauseous and dizzy.

He felt a hand on his shoulder and looked up. There was a medic whose mouth was moving but Harry could no longer hear anything. The medic took hold of Harry’s fists that were tightly clenched around Anne’s coat, uncurled his fingers and helped him into the waiting ambulance while another man put an oxygen mask over Anne’s face.

Suddenly Harry could hear again the noise was deafening, shouting, screaming, sirens a mass of tangled noises going through his numb brain.

“Anne, Anne.” He pointed to his wife laying still on the pavement.

“She’s going to be all right. What’s her name?”

“Anne, her names Anne. We just got married today.”

“Well congratulations Harry, you’re both going to be all right. The ambulance with take you to Charing Cross hospital. You’re in safe hands now.

The paramedics lifted Anne up into the ambulance and placed her on a stretcher next to Harry. The young newly married couple lay alongside each other holding hands. Harry tried to lift his head and felt nauseous again. The paramedic gently re-adjusted the oxygen mask that had slipped to one side.

Harry squeezed Anne’s hand and she squeezed his back.

Harry breathed a sigh of relief and passed out. 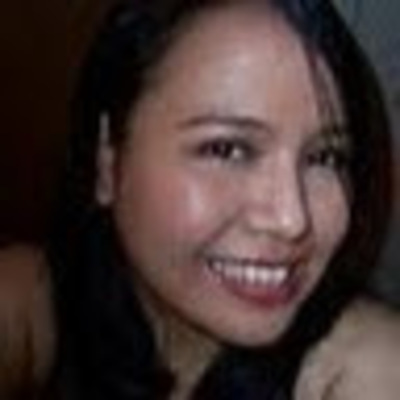 Loved it! The tension I felt toward the end is special. Thanks!

thank you very much for your comment and feedback - greatly appreciated. Yes, I tried to get tension in there which can be missing in some of my other stories - thanks again.