Submitted for Contest #64 in response to: Write about a family attempting to hide their secrets from someone new.... view prompt

That day, it was the first time I met them. It was a cold, dark, and rainy day. I don’t remember, but from all the stories I keep hearing about me, that’s what they all mentioned. They were kind enough to take care of me, to adopt me, when no one else was willing to. My mother and father already had a child before adopting me. Back then, when I was 2 years old, he was 6. Now, I am turning 9 and he is turning 13. Even after all these years, they still care about me and don’t treat me any differently. I heard in many stories and have watched many movies where the “new” family member gets treated like they’re nothing. I am lucky that my mother and father don’t treat me that way.

In all those stories and movies, they showed those characters being treated like servants, and not being cared for. After all these years, mother and father have never raised their voice in front of me or any other time. Many would say that I am lucky. Which I obviously am. They treat me like their own kid and give me everything I wish for.

Ok, maybe not everything.

That is a little exaggerated, maybe most things. One scenario where they happily rejected my request was when I asked them, “Mom, dad, can I have a talking hat that changes color when I tell it to?”

Their response to that wish was, “Of course not Amaya. Nothing exists like that in real life. No matter how much you beg, we can’t buy you that.”

To be fair though, I was about 5 at that time, and was just starting to differentiate between what is real, and what is only in “fairy tale land”.

My brother is very nice to me. He acts like I am his own sister. Since the day I came to their home, he has always looked out for me. The best quality about him is that he always finds some time to play with me, even now! It doesn’t bother or irritate him when I ask him for help when I do my homework. Sometimes, his friends come to visit, and I even join them! That is how my life has been going on for the past 7 years. I felt very close to them and like a part of their family.

Though I have bad dreams at night, they are kind of like nightmares, but not scary. Think of it like a sad-mare, or a sad dream. I have this behavior and I do it almost every night, accidentally. Every time I go to sleep, after a couple of hours, I cry. Really loudly, like someone was beating me up, or thrashing me. Since I cried very loud, I often disturbed everyone’s sleep. That’s why mom and dad always sleep next to me. When they hear me whimpering, my mom puts her cold hand on my shoulder, whispering to me that it’s all going to be ok. I knew that deep down, my parents were worried about my odd habits, so they visited the doctor every now and then, just to confirm that there was nothing wrong with me.

They would ask me what dreams I would have when going to sleep, and I would reply, “I don’t know. But they are dark shadows. I feel like I know them, and they know me, but every time I try to get close to them, they would disappear. Somehow, I start getting worried when I don’t see these... mysterious figures, and that is how I start crying. They feel important to me, but I just can’t figure out who they are, and why they mean so much to me. Also, every night I have this same dream. I never got close to these shadows, not even once.”

When I said that, they would have a worried glance at each other, and back at me like they knew what was happening to me. Like they knew who those mysterious figures were, or that they were trying to... hide something from me. But usually, I would brush off the last idea because I knew that they wouldn’t keep secrets from me, I was part of their family, wasn’t I? Every now and then, I would feel like all 3 of them were worried about me, or that they felt the urge to say something, but then holds it back.

Right now, I was leaning against the balcony, staring at the pleasant weather outside. Nothing could go wrong today, because everything felt so... perfect! I was sure nothing would ruin this day. The universe was giving me good signs. As my stomach started rumbling, I hopped along and into the kitchen to grab a snack when I saw my mother holding a picture frame.

I rested my hands on her should and inquired, “Mother, who are these two people? Are they your friends?”

She sighed heavily and replied, “Yes. In a way, they are my friends.”

I could spot the tiniest smile on her face, but it suddenly vanished, and she frowned again. I felt as if I knew these two people. I felt a strange connection to the people in the photo. That’s when I got it.

“Mother, I know them. I could swear that I saw them, every day. They were the shadows, who keep coming into my dreams. They always disappear, before I could reach them. I feel like they mattered to me. Who are they, mother? Please tell me!! I know them, but how? Why have I never seen this photo before?” I almost screamed and my eyes watered.

“They’re...” but right when mother was about to reply, father came inside.

He snatched the frame from mother and took a good look at the two people in the photo. He too almost smiled. I couldn’t understand what was happening. I didn’t know who they were, but somehow, I felt so happy looking at them. My heart relaxed. I noticed father had put his hand on mother. They were nodding at each other. Then, mother stood up and kissed me. Father did the same, but instead, he bent down and whispered into my ear.

“Amaya, these people, they meant a lot to us," he told me.

“What do you mean meant?”

“But I am ready! Please, father, tell me!” I begged them.

That is when my brother Callum came inside, holding a folder. When he was about to talk, he noticed the picture and dropped his folder. Papers flew here and there. Then, he closed his eyes and nodded. I noticed mother and father came up to him and closed their eyes too. I was officially confused but knew that they were hiding some secret from me, which they didn’t want me to know, for good.

“Mother, father, Callum! Please, can any of you tell me what’s going on? Who are they? Why do I know them?” I asked again, hoping for a clear answer.

Mother looked down and looked up at me helplessly.

One thing was for sure, they were hiding something from me.

Hello everyone!! I hope you all are having a nice day! :) I would really appreciate comments on what I could improve on, such as feedback or any suggestions! Also, I want to hear from all of you, did you think the story had a mysterious vibe to it? Also, are you looking forward to a part 2? I really appreciate any one putting their effort in writing a critique for this story! 😊

You did well setting up somewhat of a dreary tone, even though her words are of a more cheerful energy. I like the ominous quality of the shadows in her dreams, they do well to put us on edge but not quite frighten us. And overall, I'm interested in the idea that this family she was adopted to seems to have a connection to her past. How very ominous indeed. And even her new brother won't tell her? Sneaky little jerk. My one critique would be that the beginning is a bit clustered. There are phrases that seem repetitive (though they're not...

Hello Molly!! Thanks a lot for doing this critique! It means so much that you took your time in writing this! :)

Hey Haripriya! Ooooh! Please do write a second part! This story was so intriguing! It did have a mysterious vibe, and you pulled it off wonderfully! Great job! Keep up the great work!!! - Felicity

Thank you so much Felicity!! I really appreciate your comment! I will write a second part soon! I am really glad you liked it! :) 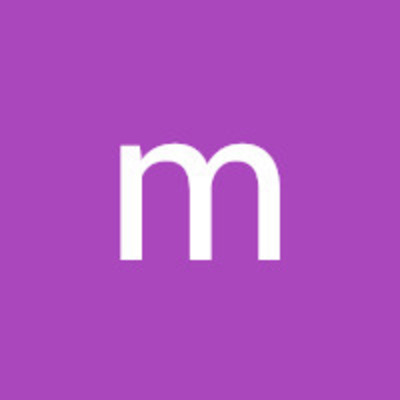 Hi, I loved your story. The mysterious air made the whole reading experience much better. Short, crisp and engaging. Great job!

I loved reading your story. it was so interesting. I really like the flow of the story. BTW it was written wonderfully. And keep it up. 👍🏻

Hello Haripriya! I noticed a few simple grammatical issues that I'd thought I'd make you aware of. :) It was a cold, dark, and a rainy day. - remove 'a' from in between 'and' and 'rainy Even after all these years, they still care about me, and don’t treat me any different. - remove the comma after 'me' and change 'different' to differently In all those stories and movies, they showed those characters being treated like servants, and not being cared. - add 'for' after 'cared' After all these years, mother and father have never rai...

Thank you for the feedback! :)