“For the last time, I don’t know what you’re talking about!” said Nabari.

For a month now, she had been living on the sprawling country estate of Nicolaius. He had gathered scribes and artists and intellectuals from every corner of the Remulan empire and beyond. Once there, none of them were allowed to leave; if they tried the rusty clockwork centurions standing guard at the wall would force them back. And so, they stayed in the decrepit villas of the estate and used their talents for Nicolaius’ ambitions.

“Of course you know,” said Nicolaius. “Teach it to me, if you ever want to go free.”

Nicolaius collected ‘secret knowledge’ from all over the world. He was convinced that Nabari knew of a way for him to gain superhuman powers, based on secret writings she had come across on her travels. But the learned young noblewoman from the African kingdom of Dongleh-Baxat had never come across any such formula.

“Perhaps I can persuade you,” said Nicolaius. He beckoned to a pair of servants, who dragged a ragged, half-starved man into the blazing lamplight in the center of the room.

Nabari clenched her hands. The man was Abaddijar, the street beggar who had saved her life, pulling her out of the way of a falling scaffolding. Abaddijar had introduced her to the new belief in Christ that was spreading among the city's struggling families and foreign workers. Together they had joined that faith.

She had half-hoped that Abaddijar might learn of her imprisonment here and find a way to free Nicolaius' captives. Now she regretted such thoughts.

“If you do not aid me, the blood of this poor young fool will decorate the floor," said Nicolaius.

There was already a dried-up blood spatter on the floor.

“Don't be ridiculous. There is no one who can help you become a god,” said Nabari.

“I must become a god if I am to survive,” said Nicolaius sadly, stepping back a bit into the shadows. “I have squandered the wealth of my family on cheap entertainment, and now I must find a new source of power to stay alive in this dangerous, treacherous world.”

“I hope one day your life starts over for the better, Nicolaius. But seeking power for yourself isn't the way to attain life and love," said Nabari.

Nicolaius shook his head. “You still refuse to help me.” He gestured to his servants. “Kill the beggar.”

One of them began to draw a knife, but then she threw it on the ground and said, “No. I won’t do it. I’m tired of all the violence.” The other servant also hesitated to use his weapon.

Nicolaius strode towards them and raised his hand to strike them. Nabari decided she had to act. She pushed over one of stands that held a lamp of flaming oil. It fell into Nicolaius’ path, but he dodged to the side. The lamp fell to the floor and the flames brushed the bottom of a wall hanging. A blink of the eye later and several of the tapestries and curtains were burning. The servants ran to find water to throw upon the fire. Nicolaius fled as well.

“Come on,” said Nabari to Abaddijar. “We have to get out of here.”

She began to drag him away, but it was getting hard to see. The smoke became heavier. She picked a direction and prayed it would lead to an exit.

“Take hold of this,” came a servant’s voice. “There’s a way out!” The end of a golden thread appeared and Nabari took hold of it. Dragging herself and Abaddijar forwards was not easy, but Nabari gritted her teeth and continued on, one stumbling arm’s length after another. Trying to keep her head down and avoid breathing in the smoke only made the task more difficult.

Once they were outside, Abaddijar regained some of his senses and the smoke became much lighter. They tripped over the stumps of fig and olive trees that Nicolaius had cut down in a wasteful and desperate attempt to keep his villa heated over the past winter.

A memory swept through Nabari's mind. The first time she met Abaddijar he was standing by a wild garden that had inexplicably sprung up in the middle of the city. Heather and orchids and amaryllis and roses, reminding her of those in her native land. The air itself alive with bees. All those bright, flitting husks.

But here, in this place, even the natural world was under assault.

Eventually, they reached a big olive tree just beyond the edge of the estate. The other end of the golden thread was tied around the trunk of the tree. They breathed in the clear air and thought that now they were safe.

The ground shook as the clockwork centurions bounded towards them. Flakes of stone rained down on Nabari and Abaddijar from a crumbling stone wall behind them. They both had the same idea at the same time and ran to either side as the centurions lunged in their direction. The old wall collapsed upon the automatons, pinning them against the ground—for now.

Nabari stood up and gazed out over the estate. The fire had spread to many of the other villas and storehouses. She could hear cries and shouts.

“There are still people back there,” said Nabari.

“I have to go and help them,” said Abaddijar.

“I’m going with you,” said Nabari.

They gazed into each other eyes. Nabari felt something for this lowly young beggar that she had never felt for anyone before.

After they had gone back in and helped the last remaining servants out, Abaddijar collapsed. His sandals were scorched from walking through a puddle of fire. Nabari tenderly removed them.

He had found her again only to be felled by the smoke. Nabari knew from her studies that only a little time spent in dense smoke could poison a person beyond recovery, even once brought out into the fresh air. It was amazing that they had been able to do all that they had without both succumbing.

“Do not grieve for me,” said Abaddijar. “I am to be translated to a place beyond human imagination, where the aroma will not be of smoke, joy is far stronger than a single thread, and there will be more more goodbyes.”

Nabari cradled his head in her hands and kissed him. Then his life slipped away before her eyes.

Nabari stood and looked at the exhausted group of people around her. The horses from the estate’s stables...those that had not wasted away from lack of proper care...were standing nervously around. Nabari went towards one of them and laid a comforting hand on its mane.

“Let’s leave this place,” she said to the small crowd of servants and scribes.

It seemed her odyssey was not yet over. 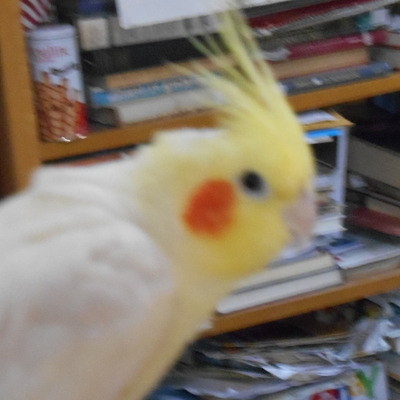 I enjoyed reading this story! I found the setting and concept really unique, and it was a fun juxtaposition of worlds. To me, it felt very steampunk-meets-first-century-AD, which is something I haven't seen done before. My biggest suggestion would be to either develop the characters a little more or else begin the story with Abaddijar saving Nabari. I thought Nabari was an intriguing character, and I wish I knew more about her! :) Fleshing our her backstory a bit more, or else beginning with the action of Abaddijar saving her, would stren...

Thanks! I like your suggestion about adding to the beginning. I wasn't totally happy with how my story started when I submitted it. This particular style/type of story was kind of an experiment and I'm very happy if some people understood it and liked it. I'm glad you liked my main character. Maybe I will invest more in developing her story some time.