Harriet Plumb had thirteen brothers, three of which sold her soul to the devil. Four ailed from scarlet fever. And five perished in the Civil War. Just one survived Richmond unscathed—then happened upon a wayward siren. Whether or not he remains is a tale for another time. For you see, our heroine endured a most disagreeable journey.

And that’s where we should be.

As ugly a crumb as dear Harriet was, there was but one demon who adored her. A demon whose feelings she did not requite. It may have been Pitheous’s metaphysical form or his shy, incomprehensible parlance. Or it may have been the glasshouse wherein her soul wept, awaiting the same execution her body met.

Surely it wasn’t the latter.

Of this our demon was so convinced, he planned an outing. A date, if you’d prefer. Despite his unusual facade, our demon was somewhat of a romantic. He’d dabbled in the art of wooing, not that he’d ever been successful. What demon wants a lifelong commitment to, well, another demon? They’re poor companions—traitorous, selfish, boorish.

But souls were special.

Pitheous’s first was dreadfully rotten, for she’d sworn herself to an inanimate object over him. A beverage no less! That’s why he imprisoned her in a portrait.

Harriet would be different.

And what a grand idea he had to captivate her heart. Without hands—in either case—they’d go apple picking. Was nothing more exquisite? More romantic?

With Harriet’s prison safely stowed in—somewhere—our demon swept them ashore. Hell bubbled as they rose, though it left them no more dampened than the arid, Fall air.

And so our date began with a putrid nostalgia.

Pitheous, all but ignorant of her plights, leapt. With the wind in his leaves, he soared. His spattering of blue, green, yellow, and black expanded until he engulfed the sky.

Harriet could only witness his extraordinary anatomy. As much as she would like to, she could never take reverence in it. He was her keeper; she, an unwilling captive. And with her fingers flattened to the glass, she remained all too aware of her station.

Reassembling, Pitheous lowered himself to the ground. The crunch of leaves on grass was a pleasant sound, though dear Harriet wished it wasn’t from his leaves. “Selppa fo llems teews eht, ha.” His vapid murmur followed a sharp inhale. The words echoed through the unoccupied orchard. Harriet offered no reply. Even if she could comprehend him, her lips would remain sealed.

At the base of the first tree, Pitheous paused in awe. It was his first time seeing apple trees, though he’d partaken in various cultivars of apple prior. He knelt, pleased with his selection, and positioned Harriet’s glasshouse in the dirt.

But then came the difficulty.

The strength of Pitheous’s ability wasn’t simple actions. He was a “torrent of fiery energy made for decimation.” Though, the descriptions he’d composed for himself were hardly proof.

How could leaves bring anything but rakes?

One variegated hand brushed through the branches. Invested, Harriet observed him. His leaves laid still around the apple, and then he tugged. Could a more despairing sound have been uttered, it would have still been cheerful compared to his pathetic whimper. For as his grip tightened, the apple aged, disincorporating at his feet.

Embarrassed more than frustrated, Pitheous repositioned beneath another apple. He was determined to impress Harriet, regardless of whether she had any inclination to be or not. Grasping for that second apple, Pitheous exhaled with a gust. The tree reacted in kind, branches ruffled, and spat that apple down at his feet. It split, burst, mutilated itself before him. And Pitheous burned that tree to the ground.

So our date came to a halting conflagration.

Dear Pitheous was distraught. His wonderfully imagined date had degraded so effortlessly. But more than that, our shy demon was ashamed. With his back to Harriet, he wallowed. And she ignored his every pout, even with lovely blues highlighting his tearful expression. When was he going to realize the ultimate illustration of his devotion would be liberating her?

With his sorrow disregarded, Pitheous swirled on dear Harriet. His leaves were withering with agitation. His fragmented face built itself entirely of blacks, the blues transferring to his chest, mingling with yellows.

But our Harriet only stared. His formless features would be entrancing to any other, aside from her—and the woman who came before. She pressed her translucent hands to the glass once more, communicating her desire with fluttering lashes. Ignorant as Pitheous was, he finally understood.

“Nwo rouy kcip ot tnaw uoy?” he wondered. Yellows bloomed up his throat, brightening his once grim face. Greens flushed his cheeks. Delicate power released her, a display of embers melting the tight bonds of her glasshouse. And she inhaled her first breath of Earthian air, only to find that it heaved right through her. Tears formed as she met Pitheous’s hollow eyes.

In a flurry of disbelief, Pitheous loomed over her. His power transcended, leaves enveloping her negligible form, her glasshouse, and the orchard.

And thus, our date concluded with divinable betrayal.

The Plumb brothers had one sister whose soul they sold to the devil. She was gifted in a glasshouse to his faithful servant, where she was meant to remain. But upon her wretched deception, she found herself sealed in an orchard, bound to endure the seasons that decayed her leaves. A poetic punishment from dear Pitheous whose heart shriveled, love just beyond his reach.

And while our disagreeable journey has come to a bitter end, at least Harriet's apples are sweet.

Thank you so much, I appreciate it :)

No problem ^^ i'm excited to see more of your stories :)

Grabbed my attention RIGHT from the beginning. Someone mentioned the tagging of both "sad" and "funny," and I think those are apt. I definitely thought this was hilarious. :) "Pitheous’s first was dreadfully rotten, for she’d sworn herself to an inanimate object over him. A beverage no less! That’s why he imprisoned her in a portrait." I don't know why, but this was my absolute favorite sentence. I think it's just so absurd out of context! XD A couple thoughts!! 1. "He was her keeper, she, an unwilling captive." I think a semico...

Haha, you like that line because it's about dear Temperance Blue! XD OMG THANK YOU!!! These were so helpful! I already went back through and fixed them :D. When it comes to grammar I always feel like I need a helping hand...oof.

OMG HECK YEAH. Love it. :) YAY, I'm so glad I could finally help for once after all the amazing help you've given me!!

The wayward siren and her Plumb brother are next ;). Pshhhhh, you always help me!! Every single time. Of course, I did. As I said, I could read your stories all day long and not get tired of them!! I JUST WANT EVERYONE TO SEE MY FAVORITE PEOPLE'S WRITING, haha. xD

I saw the tags were "sad" and "funny," and I thought, "What an interesting combination!" And there was funny. This one made me smile: "Kinder words had never fluttered through his leaves." And this one made me laugh: "So our date came to a halting conflagration." And so much more that put a smile on my face or made me shake my head appreciatively. This story has such an awesome, conversational tone. I love the way the narrator treats Pitheous as a sympathetic figure. What really makes this story for me, though, is the open...

Yay! I'm glad the funny came through! I often use more subtle lines, so I sometimes wonder if my "funny" is funny to others. Can't get enough confirmation on that, haha. I've been really into gothic style fairy tales lately, so I suppose that's where I got the idea for the beginning and ending. And yes, yes they were xD. Witchy men they were. Thank you so very much for coming to read this! I guess I did bribe you a little bit...just a little. And I'm always glad to share the weird words of the English language, haha!

Lovely! Super creative. I don't want you to deviate from your 1000 words, so I'd like to propose a trade: -1: Remove one (1) adverb +1: 'it'd have' to 'it would have' P.s.: couldn't find the connecting sentence, but my bet for the next title is 'Festooned in Yellow'

Haha! Trade accepted! I fixed it :). "Surely" is no more. Not a bad title, I'll have to keep it for consideration! ;P

Ten points to whoever finds the sentences connecting my recent two stories ~ twenty if you can figure out the next one in the series. Also, this story is exactly 1000 words (is that a reason for celebration?! ~ I'm going with: "yes"). 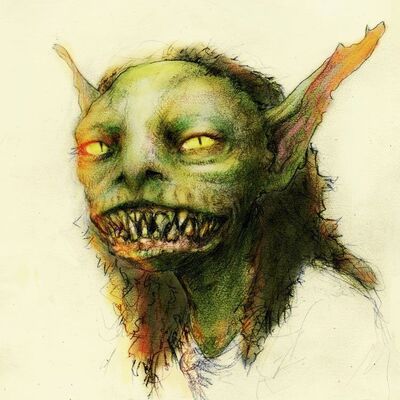 Loved this one, Molly. I'm a sucker for a demonic story and this one is presented in that elegant, Molly Leasure style that makes it a pleasure to read. The backward talk is perfect and Pitheous is a superb name. "And so our date began with a putrid nostalgia" is a fantastic line that makes me happier every time I reread it. This piece did precisely what great writing does: it transported me. What a wonderful gift you have. : )

Thank you oh so much!! Your comments always give me a new burst of writing energy. I also adore a good demonic story! I may have to swing on through with some more in the future, haha. Also, I'm glad you like that line, it's one of my favorites, too! I'm not one for nostalgia...so I may be more like my narrator than is humanly acceptable... But, anyway, I appreciate you for taking the time to come read my story! Thank you again :)

Harriet Plumb had thirteen brothers, three of which sold her soul to the devil.- were it not for the synergy between which, witch and the devil, I would say change which to who. Instead I want to say add "those witches" somewhere-preferably where a which witch is which joke can be used... And technically, male witches are witches, not warlocks as some might think. Or it may have been the glasshouse in where her soul wept- Change "in where" to "wherein". It suits the setting. “Selppa fo llems teews eht, ha,”- nice. Mirror encryption as...

Haha! They are witches, indeed. I might be able to slip a witch reference in there. I'll have to think of where it could slip-in unnoticed! I do like that last line! That's brilliantly funny! Hmmm, I might have to take you up on your trade then! I didn't intend to have 1000 words exactly, but my story came to 992, so I ended up making it 1000 just because, haha. Sadly, I don't think there is a word for a story that's exatly 1000 words. Also, I'm just waiting for a prompt that works for Lou 4, haha. Fingers crossed for one to work for it, ...