Submitted for Contest #63 in response to: Write a story from the perspective of a bird migrating for the winter.... view prompt

The beautiful shell-pink sun peeked through the bony branches of the tree, it was sunrise, but being the beginning of autumn the mornings were getting ever colder and crisper, with every day.

I ruffled up my feathers to stay warm while waiting for a few sun-rays to reach my roost and thaw me out. I could hear my neighbours also arising from slumber on this cold autumn morning.

I had a long trip ahead of me, so I was hoping the day would warm up for my long flight up North.

Autumn had arrived with a rush, in the Southern Hemisphere, which meant I had to start moving, north, to the Sunshine State.

I had been roosting here for quite a few weeks, as the elderly lady often put out bread and scraps for us, and there were plenty of snails and insects in the garden, although there was also a large black cat which I had to keep an eye out for.

My best friend had passed away a week ago when she accidentally flew into an oncoming car, which I was very sad about. We had been a couple for many months and I missed her desperately. I hoped I could make some good friends when I reached my destination.

I had enjoyed my stay here, met some lovely neighbours and really loved living here, but now the days were getting colder and shorter, the leaves were turning red, and it was time to leave.

I had a long journey ahead which I took every year, but it had to be done, I couldn’t survive the long frosty winters in the South, even though I loved living here any other time of the year.

The sun-rays burst through the leaves warming my body, as I whistled my cheery “good morning” to all my neighbours. A cacophony of twitters  and whistles echoed through the trees, as the bird-life arose to another lovely day.

Flying down to the garden I found some recently thrown-out bread pieces full of lovely grains. The large black cat was sound asleep, curled up in his warm comfy bed, so I was hoping he stayed that way.

I ate greedily knowing it might be my last meal for quite a while.

My neighbours were also availing themselves of the bounty, while keeping a look-out for any predators.

Suddenly there was movement out the corner of my eye. The cat had woken up, and was having a stretch as he looked around the yard. Spotting all the birds on the ground he quickly, silently, slunk his way towards them.

There was a loud sound of fluttering wings, as dozens of birds took to the sky, some just missing the clutches of the lunging cat.

After I’d filled up on the grain-bread, and had a long icy-cold drink from the bird-bath, I said my good-byes and headed off.

I soared over the little town I loved, full of colourful autumn trees, across forests and meadows, orchards and hills. The autumn trees were a carpet of reds, yellows and browns covering many kilometres. I eventually decided to take a break around midday.

I landed in an orchard full of apple trees and sat watching the workers for half an hour, then dived down to grab a small grub emerging from an old

apple, on the ground.

Vrooom! I just got out of the way as a small tractor tore down the path among the trees.

After dining on some old fallen apples, I felt well rested and well fed.

I was about to take off when I saw a hawk flying overhead. I sat very still hoping he didn’t see me, as I was small and no match for a very large hawk in a bad mood. He soared across the top of the trees with his beady little eyes seeking anything that moved, possibly looking for mice, or small birds on their own!

When the hawk had moved on out of sight, I flew back up into the blue sky, and the further I flew, the warmer it got.

Around five o’clock I decided it was time to settle down for another night.

I flew down into a small evergreen tree behind a place with big yellow arches.

There were many people coming and going and they left behind a lot of  papers and food, on the tables. My cousins and I quickly grabbed a few bites, before a cleaner shooed us away, and the leftovers were thrown into the bin. What a feast! We grabbed tomato, lettuce and cheese and even some meat, which tasted a bit weird. With our bellies full it was time for a rest.

As the sun started to slide behind the horizon I chose a comfy secluded roost for the night.

Unfortunately this place was open all night, and very noisy, but it was worth the bother because of all the food available, so I snatched as much sleep as possible.

Filling my small stomach early the next morning, I took a long drink from a hose-water puddle beneath the trees, and I was up and away again.

The further I flew the less autumn trees I could see, so I knew I was getting close to the warmer State.

Over hills and valleys, pine forests, farms and freeways, until I finally took a break in a gum tree, and there was not an autumn leaf in sight.

As I sat atop the gum tree and looked around, although there were no autumn leaves, the gardens and trees were beautiful, full of flowers every colour of the rainbow. The grass was no longer a lush dark green, but a bright vivid green, and everything was bright, colourful and full of sunshine. I had arrived in the Sunshine State!

I headed off again over mountains and forests and colourful gardens until finally arriving at my destination, my wintering grounds in Brisbane.

There were hundreds of palm trees and gum trees, but I chose a lovely tropical, flowering tree in the Botanical Gardens.

I was greeted with enthusiasm by my many cousins and we settled down for the night, as the tropical sunshine dipped behind the hills, on a warm and balmy night.

A very pretty young lady sat beside me and we talked into the late night, about all our adventures over the last few days. I was home at last. 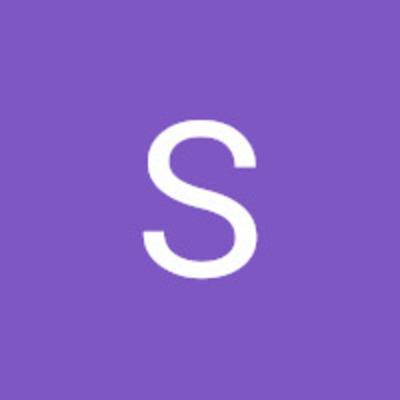 A partial biopic of a hibernating bird which meets the prompt. It could have been made more interesting by describing the flight from the hawk for example. FOR CRITIQUE CIRCLE