Submitted for Contest #63 in response to: Write about a character making fall decorations out of construction paper.... view prompt

Ellie Morganson had attended her father’s funeral three weeks before so she was rather surprised (putting it mildly) to find him sitting in his spot on the couch, reading his car magazine, like he always had.

Silence. So much silence. Then she screamed. Loudly.

Ellie screamed some more and she began to sob loudly. “D-D-D-Dad! Dad!” she pointed, hand shaking. “It’s Dad!!” her mother came further into the living room (which, at this present moment, seems to be rather ironically named) and stood next to the sobbing Ellie. “Oh, is that all? I was really worried just now! You mustn’t get yourself all worked up. I mean, it’s only your father!”

Ellie was so stunned she had stopped sobbing. She shuddered out a breath. “What?! What are you talking about? You’re not even making sense!”

“Oh calm yourself!” her mother said dismissively. “Wipe your eyes girl. Your father's dead you know this!”

“But he’s sitting right there!” Ellie stated, her voice rising with each word.

“Yes, but that doesn’t make him any less dead now does it? Now come in the kitchen and help your sister finish making decorations for the craft fair.”

Her mother bustled back out of the room. Ellie stood in the living room doorway, too stunned for words. Then she looked to her dad, sitting in his spot, reading his magazine. She looked at him for some time, then she shook her head slowly and backed out of the room.

In the kitchen, Ellie’s mother and her sister busied themselves, chatting at speed while making pretty decorations out of construction paper. The table was covered in brightly coloured scraps of paper, reds and greens, yellows and oranges, the scraps marking out where a decoration had already been cut out of the paper. A neat stack of coloured sheets of paper stood nearby as did three warm cups of hot chocolate, complete with whipped cream and marshmallows. The afternoon sun shining in through the window. A perfectly normal, perfectly pleasant Sunday in autumn (if the previous scene in the living room were omitted of course).

“And Mika said to Sally that she was too fat to be a dancer and Sally cried and said Mika was mean and nobody really liked him and we all just hang out with him because his mother has a pool so Mika said sally isn’t just fat she smells and he won’t invite her to his pool anymore so Sally cried some more and shoved him! Then she ran off. I wanted to follow her, but Kim said if I did Mika wouldn’t let any of us use his pool and we need that -” Mum nodded and umm-hummed while smoothly cutting out the shape of an autumn leaf from a yellow sheet of paper. More leaves in bright multicolours lay in a pile near mum. Amy was surrounded by birds and pumpkins, their edges slightly worn and jagged, where clumsy, impatient hands had rushed to cut them out.

Mum interrupted Amy’s flow “Amy, you really must be more careful cutting these.” She held up a bird for inspection. “One of his wings is half the size of the other!”

Amy plowed on, as if her mum hadn’t spoken “Kelly likes Adam, who likes Laura, but Laura really likes Tom and Tom doesn't know, but Sarah said Tom actually likes Chrissy, but she -

“Ellie! Are you alright?”

Ellie had been leaning against the doorway. A lean is not entirely accurate actually, it was more that she was falling and the doorway was holding her up.

“Ellie!” Her mum snapped. “What on earth has gotten into you! Stop dozing and please, for the love of god, cut out some more birds and pumpkins. Neatly.” She gestured to Amy’s raggy pile.

“Dad” Ellie mouthed. Then she shook herself and sleepwalked to the kitchen table and picked up a pair of scissors and a sheet of orange paper.

Amy looked at Ellie inquisitively. Her chatter put on pause, a rare moment. “What’s the matter?”

Ellie responded through gritted teeth. “But he’s sitting in the living room!”

“Doesn’t stop him being dead.” Amy shrugged too.

Ellie cut into the paper.

Later, when the decorations were finished and the hot chocolate had been drank, mum told Ellie to get the kettle on and they sat in the room having a cuppa and a chocolate biscuit. Ellie sat stiffly on the edge of the arm chair, watching closely as her mum leaned in towards her dad (who had not moved since Ellie had screamed at him earlier) “Tea dear?” Mum asked in her nicest voice. Dad didn’t say anything. He didn’t move or even blink. Mum waited, then, with a slight frown, she lowered dad’s cup onto the coaster nearest to him and she sat on the end of her couch, looking nowhere but her cup of tea.

Ellie said vindictively “If dad’s dead why did you make him a cuppa?”

Mum snapped back from whatever reality her tea had transported her to. “Just because your father’s dead doesn’t mean he doesn’t want a nice brew, now stop being so clever!”

Ellie sighed. She went to the kitchen and threw her un-drank tea in the sink. She stomped upstairs and could hear her mother mutter “so dramatic!”

That night, Ellie came down for a glass of water. When she headed back towards the stairs light emitting from under the living room door caught her attention. Light? Her heart raced. Was dad...

Dad’s tea was still on the coaster nearest to him, untouched. Ellie walked over to him. Dad sat in the dark, facing out. What was he looking at?

Someone had put on the lamp, took away his magazine and had placed a blanket over him (Amy she guessed).

Ellie sat on the opposite couch and put the TV on (low volume. The neighbors liked to complain).

She kept glancing over to dad and back to the screen. Back and forth, back and forth, eyes darting. Eventually she relaxed and zoned out while watching old panel shows. She fell asleep, dozing fitfully, dreaming of flowers that wouldn’t grow, no matter how much she watered them.

Ellie woke up to her mother shooing her out of the room “Get up, up, out of the way! You have school and your sister needs your help taking her decorations in, chop, chop!”

Ellie stretched, feeling the muscles in her neck ache as she did. She stood up and turned to leave the room to find her mum shaving her dad (all the while he didn’t move). Ellie made a sound of disgust and stomped out of the room “Dad’s dead!”

“I know dear! Doesn’t mean he doesn’t want to look nice!” Mum said as she carefully shaved the side of his cheek.

Ellie threw on her clothes and grabbed her sister. She was quiet, stewing in her anger. Ellie stopped at the door.

“Err, the decorations?” Amy threw at her sarcastically. Ellie let out a big sigh, shoulders dropping, and turned sharply and quickly stepped into the house. She grabbed the decorations, shoving them off the counter top and into a carrier bag mum had left out.

“Now we go!” Amy said with a cheeky smile. The two girls went to their bikes and rode to school.

Riding down the street, autumn trees to their left and right, golden trees, who’s leaves turned red when taking flight, and turned brown when they drifted on to the path below. The dead leaves rustled as the girls rode through them and lifted into the air.

Amy grinned at Ellie over her shoulder then sped on, a typical challenge to a race.

Ellie wasn’t going to bite, too consumed with trying not to think of dad, sat on his same spot on the couch, three weeks after his funeral, but Amy’s taunting got the better of her and she peddled so hard that her legs burned.

Ellie felt the wind in her hair as she passed her sister. She let out a laugh as she road on ahead into the crisp autumn sun.

Then dad was there on the road.

Ellie halted fast. So fast she fell. She sprained her wrist, but everything else was fine.

She looked again and dad was gone.

Her heart beat too fast.

After school Ellie ran back home. She needed to see.

Dad was still there, in his place, not moving.

Ellie breathed a sigh of relief and walked into the kitchen. She had some peace while her mum and sister were at the fair.

She stood in the kitchen sipping tea. Occasionally she would walk back into the room to check that dad was still there. He was.

The third time she checked she noticed he had little paper pieces stuck intermittently all over his face (guess mum wasn’t good at shaving).

Ellie walked over to him and crouched in front of her dad. She gently removed the little pieces of paper from his face one by one. When they were all gone she stayed crouched and just looked at him. He looked back, but not at her. He looked at something else. Somewhere far away.

When Ellie’s mum and sister came home they found her standing outside their front door, shifting from foot to foot, hugging herself.

“Ellie! What are you doing you great daft girl! You were supposed to be helping us at the fair!” Her mother scolded her.

Ellie said quietly “I had to see.”

“Your father? Leave him be. He’s dead. He’s got enough to be getting on with without your silliness! Now come inside before you catch your death!” Mum unlocked the front door “Amy sold all her decorations, no thanks to you.”

“Yes, yes you did, will done Amy, you did.” Mum said absently, before continuing on to another topic, more animated by a subject of her choice. “Sarah’s mother, she came over and bought one of the decorations, called it kitsch! Can you believe that? Nerve of that woman! I mean, really!” Mum went into the house, still grumbling about Sarah’s mum.

Amy stayed on the front step with Ellie. She looked up at her big sister. “I kept one for you!” she pushed a paper bird, cheery yellow, into Ellie’s hand.

The paper’s edges dug into the flesh of her hand. Her little sister ran inside, yelling to mum about how hungry she was and how she needed her tea RIGHT NOW.

Ellie stood in the doorway, shadows falling over her as the sunlight dwindled into twilight.

“Ellie! Hurry on in and close that door! Your father might be dead but he can still catch a cold!” 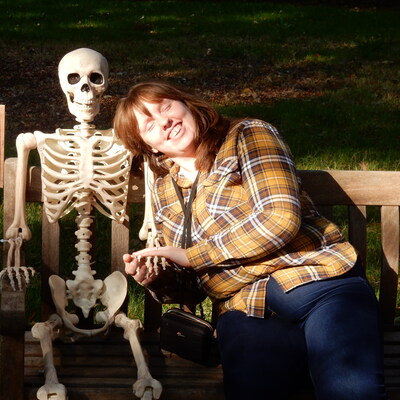