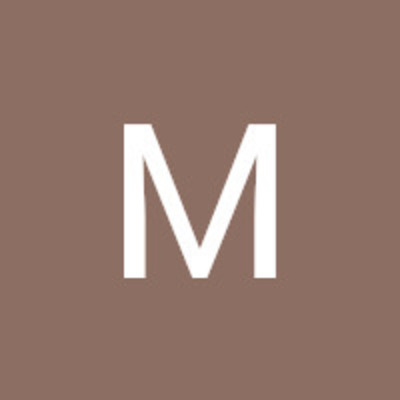 Gabriel stood on his toes, reaching for the dangling shiny treasure just grazing his fingertips. “Godwin will like this one,” He smiled at the prize, now in his hand. The breeze rustled the trees, the orchard was lovely with its colors. The sun gave a small relief from the chill, warm enough when you stood in its light. Gabriel loved this time of year, loved it when the air was colder but the homes were warmer. Summer was so balmy and the rain never seemed to end. The winter was too harsh and raw, unforgiving to anyone’s comfort. The Spring was well enough, fresh, and flowers aplenty. But the Autumn it was met with such color and softness. The season of the poems and leaves shedding, and the smell of wooden fires. The brisk feelings were Gabriel’s first love in the entire world.

“Gabriel,” A voice flooded his ears. The voice that entered your mind and took it’s time to leave. Marius, his second love. A giant who overshadowed the average man, with long dark hair, and inky eyes. Though he spoke with only warmth and love, and his face was kind and soft.

Marius was, to say in the least, a creature with a lack of social aptitude. He preferred the company of books, wine, tea, or the peace of the evening. Though upon meeting his aide he discovered perhaps people were acceptable after all. One such as Gabriel, bright and full of genuine kindness, could not be compared to Marius’s sober behavior. It was his own lack of courage that forbade him to properly express himself, especially in his hopeless romantic love. “You have been busy?” Was the question he chose to ask.

“Not much, but the colors are lovely, yes?” Gabriel pointed up at the tree he was shaded by. “Godwin wanted to make pies!” Gabriel, despite being a social butterfly, was nervous in his own demeanor. Understanding of his own feelings and what he knew, to be honest, but when his Master spoke he felt a fool. A complete and utter fool. “The orchard is wonderful, don’t you agree?”

“Yes,” Marius watched Gabriel beam at him. “Yes, it is simply magnificent.” Gabriel turned to his next pick, not straining for his reach this time. Marius, mindfully, went to join him. He reached further above Gabriel’s head, wrapping his long fingers around the fruit. “Adam Pearmain.”

“The name of the apple, it is an Adam Pearmain.”

Gabriel burst into a giggle, covering his mouth. Marius raised his eyebrow, scanning him for a second. “An apple named Adam, sir. It’s a little absurd.”

“Adam yes, I shall eat Adam specifically.” Marius offered. He placed it into his aide’s basket. “Would you ever eat an apple that has a name?”

“Not if he is an Adam!” He offered. “Perhaps a Louis, or maybe a Richard,” Marius smirked, seeing Gabriel laugh. Marius touched Gabriel’s shoulder, watching him nearly fall from the tree root he tried to step over. “Oh goodness, thank you. I was going across here, would you like to go with me, Sir?”

“I will do nothing interesting for you.”

“I do not mind sir, I enjoy your company all the same.”

If Marius had the capacity to blush completely, he would have. “I will go with you.” He managed, softly. The wind ruffled Marius’s long hair, Gabriel merely adjusted his cap. “Quite,” He managed, spitting out some strands that entered his mouth. “Quite a nice chill wind.”

Gabriel looked up at him, “You wear such gloomy colors, Sir.” He caught his voice, looking at him directly. “It suits you of course.”

“Not many of us can look so natural in normal colors my friend, you have the luck of looking handsome in most everything.”

Gabriel felt his heartbeat through his chest, “I...Sir, you are so kind.”

“It is not kind it is honest.” They met the next section of the orchard. The Blenheim Oranges, blends of red and green from it’s bottom to top.

“Well, sir I thought your outfit was most appropriate.” Gabriel managed with his most tender expression. “Your cloak is rather fitting.”

“Steward Elm thinks me a vampire.” He went to the first tree, plucking down the first prize. “You should see how the staff mock me so openly.”

“Godwin thinks you vampire too Sir, he gossips to me every now and again.”

Marius signed, seeing Gabriel’s grip increased to hold the basket. “Hand it to me, please.”

“Oh no, it is not heavy!” Gabriel strained.

“I insist that you let me have it.” He offered, placing his hands on his. Gabriel turned flushed, releasing the hold of it to him. “Thank you.” Marius looked gentle. Gabriel looked down, feeling very nervous all of the sudden. “I assure you it is not heavy. To me, it is like a newspaper.”

“It is beneath you to carry for me, Sir.”

“I quite disagree, it is not beneath me at all. Now help me pick from this tree.”

It took only a few moments of selection including the study and plucking. Gabriel watched Marius move with ease, as graceful as always, with hardly any effort. “Blenheims have interesting colors, do you like them?”

“I have never eaten one uncooked Sir,” He offered, looking up at him. Marius handed him one, unbruised and pretty. “Godwin would scold me if I eat before dinner!”

“He will not, I will have a word with him if he does,” Marius replied.

Gabriel obediently took it and bit into the fruit, he covered his mouth as soon as he bit, feeling the juice all over his lips. “Sir it’s sweet! And quite crumbly.”

Marius touched Gabriel’s hand again, turning the apple to a clean side, taking a bite for himself. Gabriel was a little shocked that he bit down from the very same, it seemed intimate to do such a thing. “It’s very good.” He offered, hand still holding his. “It will make a lovely cider, I rather like Godwin’s cider.” He caught what he was doing, looking at the hand he was holding, immediately dropping said hand. “I think we have enough don’t you?”

“Let’s go back in and deliver our good fortune.”

Marius began the walk first, followed by his aide taking another bite from their shared treasure.