Becky peeked at the crowd from behind the curtain. Full house. She spotted her parents and her Great Aunt Arana taking their seats. ‘Yes!’

A last minute flurry of activity swirled about. Kids in costume checked props. Techies tested the lights and sound system. The Director stood on stage, still and calm. She checked the last item on her clip-board and marched into the wings.

Becky’s first ever acting performance was imminent. Her butterflies were less from anxiety than eagerness to celebrate the best moment of her life. Her debut would be delicious, regardless the audience reception. Becky had a secret.

Nadia stage-whispered, “Don’t you know it’s bad luck to peek before a show?”

“Is your family out there?” Becky pointed to them. “Is that your aunt?”

“She doesn’t look so scary. Is it true, what they say?”

“She sent a tornado to kill my cousin.”

Becky rolled her eyes. “She didn’t send it. She told him his roofing business would take off.”

“And he died in a tornado. You don’t think…”

“She says stuff and when something happens, people think she made it happen. It’s like a guess.”

“Did I hear about a beheading?”

“No, really. She just says things…”

Becky said, “Look, it’s what anyone might say. It sounds like nothing. But afterwards, people think, ‘Ahh, she knew.’ And then it becomes, ‘she caused it’.”

They looked at each other. Off stage a bell rang.

“Get it?” Nadia nodded, unsure. The stage manager walked by pointing to his watch. Becky nodded at him.

“You could use your aunt for your character…”

Nadia said, “Anyway, the stuff you do in the play… you could break something. So don’t. Okay?”

“It doesn’t look safe. Even rehearsals were scary. Even your aunt might get scared.”

The lights dimmed. Becky took her place on stage. The music began. The crowd quieted. The curtain rose.

Of course, Becky knew actual things regarding her Aunt, others could only speculate about. She didn’t want to feed the legend or gossip.

She once heard Arana tell their neighbor, ‘water for the garden brings life’. A year later, the jury handed that neighbor a life sentence for drowning his family. Arana bought their house in a bank sale and rented it out.

Though not absolutely accurate, her predictive ability exceeded Vegas’ best odds-makers by far. Her reputation had spread. And though happy outcomes were rare, a steady stream of visitors sought her counsel. Despite her denials of any profit motive, gifts landed at her door.

Most felt Arana’s ‘predictions’ were bankable. Fortunes were won and lost on subjective interpretations of her mundane statements. Though her methods were mysterious, her reputation for uncanny results had everyone convinced.

Everyone but Becky. In her short life, she had never met anyone so negative as her Great Aunt.

Family legend maintained Arana had foretold Becky’s birth and gender. She predicted her left-handedness and that she would need braces. Becky heard all the stories many, many times.

Her Dad used to be fun. But after Arana moved in, he lost his job. Now he stared at the television for hours, with the sound turned down. The family struggled and became dependent on Arana’s generosity. She sensed her mother keeping her at arm’s length. Becky felt isolated in her own home.

But now, Arana had made it personal.

Hearing Becky’s plans to audition for the annual school play, Arana said, “She doesn’t have the ‘look’. What ingénue ever had a face like Becky? I mean, are they casting the part of a stork? She’s gangly enough, true. But she lacks grace.” Arana went on. “Her angular face is tiny. You hardly knows if she is facing you until she opens that mouth. Not only will she fail, but she’ll drag down any show she’s in.”

Everyone but Becky took her statement as self-evident. Whatever Arana declared, everyone expected as surely as the dawn. No one remembered her being wrong about anything. Ever.

‘It’s not that she’s never wrong,’ thought Becky, ‘but no one remembers. Maybe that’s her trick.’

Everyone believed resisting one of her pronouncements was a fool’s errand. Her parents discouraged her from trying out.

Bucking the pressure, she auditioned and got cast in a lead role. She didn’t tell her family until the day of the opening.

Tonight, Arana’s record of ambiguous predictions would be publicly shattered. Her predictions were so vague, almost anything would satisfy them. She made Nostradamus seem studiously specific.

The play went perfectly. Becky soared in the role of the evil princess. No one ever saw such a performance.

The curtain descended and the crowd went wild. The standing ovation lasted for minutes. The curtain call went on and on. No one wanted the night to end.

Well-wishers streamed back stage to congratulate the cast and director. The corridor jammed with people.

The Director found Becky and hugged her.

“You were born to play this role.” They laughed together. “We’ll talk next week, but I need to know several universities offered drama scholarships.”

The Art Director interrupted, “Not a dry seat in the house.” They all laughed.

The reviewer from the local paper approached with a smile. “I won’t bore you with the full review, but how do you like this for a headline?” He framed the words with arms wide-spread. “’Grendel meets Nosferatu’… Nice ring, eh? Too much?”

They laughed and thanked him. Becky’s friends mobbed her. The Director gave her a quick hug and gave Becky to her fans.

Everyone spoke and laughed at once. Pandemonium.

“I loved hating you.”

“How could anyone so sweet, portray such a monster?”

“Evil incarnate. Pure evil, Becky. How did you do it?”

One friend wiped her eyes and said, “When you jumped off that cliff and spread your wings, I almost lost it.”

Another interjected, “Someone fainted when you screamed. I had to hold my ears.”

“I saw people crossing themselves on the way out.”

Becky spotted her family standing to one side. Her parents stood behind Aunt Arana. They looked stunned.

Arana smiled at her approach. “You were horrid, Becky. You captured me brilliantly.” She hugged her niece.

‘That’s the most affection I’ve ever gotten from her,’ thought Becky.

“I wanted to surprise you.”

A million people milled about laughing and celebrating.

But Becky felt an eerie quiet descend. Her aunt smiled and a chill settled on her.

Arana touched her arm, “You’ll go far.” The words felt cold as stone. They looked at each other a long moment.

Her mother’s touch startled her.

Becky shook off her reverie, “I was meeting friends.”

Flanked by her aunt, Becky followed her parents to the car. Becky sat next to Arana, in the back.  They drove home in silence. 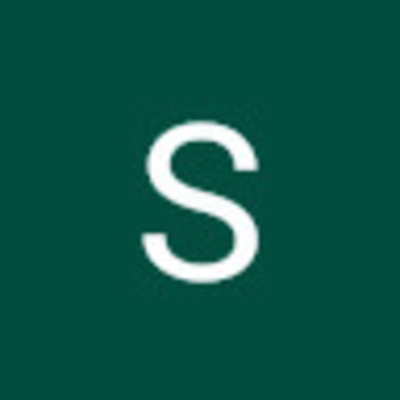 Good build up, made me wait for the end. But the ending was a bit tame. But anyway you are a great story teller and best of luck.

Thank you for your comments. Sorry the ending didn't meet your expectations. Maybe next time. Thanks again.

Interesting short story. The build was well executed but the ending didnt quite do it for me. The fans and adoration was over done for a debut in a school play. A footnote perhaps saying she now performs on Broadway would have been a more satisfying ending but given the darker theme. Perhaps, i guess she would have regretted the sky dive. All in good story though.

Thanks for your comments.

A good read. Well written to keep you going to the end.