Submitted for Contest #62 in response to: Write about a character putting something into a time capsule.... view prompt

It was a fair, sunny day in the year of 1876, there is a woman named Celestina, her beauty is that of a radiant sun. A sun so bright that has captivated me from the moment that I have laid my eyes on her.

The beautiful woman, adorned with luxurious colonial-era, Spanish clothing sips a cup of the finest coffee in the country.

Suddenly, The bark of the tree from which I am sitting at shatters in half and I now find myself writhing in pain. My butt cheeks swelling from the fall from the Narra tree I was sitting from.

Celestina noticed and immediately gazed from the windows of her luxurious Spanish home.

The foolish me who had just fallen from the trees (and fallen in love with her) hurriedly hid to the back of the tree.

Celestina: "What is that noise all about?" "Is there a thief?"

The beautiful woman shut down the windows and went back to her sofa to sip her coffee while I take a peek again and my face turned into red like that of a blooming rose.

Until I decided to finally one day write her a letter.

I wondered if she has read it or not until

I have seen the smile on her face

Every day I climbed the very same Narra tree, the tree which I foolishly caused to break.

The tree became my very witness as I threw letters of Ode and Romance to the beautiful woman named Celestina.

Then one day, my heart fluttered.

Suddenly my heart beat fast when she exclaimed to the skies,

"Man from the stars above, who are you?

I don't know who you are but all I know is whoever you are...

You make me happy the way that I have never felt before.

My heart was filled with glee, seeing her smile

Her eyes filled with happiness and love.

From that day on, all I know is that I want to see her smile more and more.

The sun begins to set and before Celestina had shut the windows,

She exclaimed, " If what your letters say to me is true.

Meet me at the Grande garden (A famous dance hall surrounded by the gardens in the city) tomorrow at sunset".

The day where I can finally ask Celestina the words, “Shall we dance?"

The day that my feelings for her would be no longer confined on the sheets of paper and on the ink of my pen.

Sunset came and there was Celestina, the subject to my verses.

The woman in each line and paragraph of my letters filled with love and ode.

Clumsily, I walked towards the ball

My suit tucked into my black, itchy trousers. People gazing at me with a grin on their faces.

But at that moment, all I can see is you, the bright star amidst the night sky.

The girl in the thousands of letters that I’ve written.

Then suddenly, I tripped but this time I no longer have broken a tree branch.

But I had tripped straight into you, all the grins, all the laughs suddenly faded away.

The moment you smiled at me and your eyes twinkled right into mine.

We waltzed the night away, the most beautiful woman in the village and the most laughed at goof, me.

We danced the night away...

the once beautiful dream has suddenly become a pleasant reality.

She told me stories from her childhood to the days of being a free-spirited woman, wise beyond her years.

As midnight strikes, I kissed her hands and walk her to the aisle.

“I-i-i love you Celestina and all I know is that you will always be the subject to my thousand love letters.”

I look deep into Celestina as she is about to say the words, “I love ____”

Then suddenly, the glass in the dance hall of the Grande gardens shatters into pieces.

“The Spaniards are attacking! Run for your lives!” exclaimed one of the townsmen who is trembling in fear.

I grabbed the hands of Celestina.

We ran and ran.

Even though we do not know where or what will even happen next.

Then suddenly, A man in Royal Spanish Army clothes says, “Hands off the princess, you imbecile!”

Then Celestina grabbed tighter to my hands and looked me in the eye...whatever happens, tonight, remember that…

I love you too (tears falling from Celestina’s eyes).

I do not know if this would be the last stanza to the poem that Celestina and I have written together.

All I know is that whatever happens next, Celestina will always be the subject to my thousand love letters.

The subject of each verse that I write.

Then, suddenly one of the soldiers pointed a rifle to my head and said “This will be the last day of your worthless life, you imbecile!”

My eyes blacking out from terror...but suddenly, there came Celestina, running and exclaiming, “Spare him! Spare the man that I love”.

Then the Father of Celestina, who storms into the scene, has said, “Did you just say that you love this worthless piece of a man? Huh, Celestina?”

“Yes, yes I do” the woman who's the subject of my thousand letters of love has exclaimed.

Then the soldier again pointed the gun to my head and I said,

“Before you take my life, I want to give this One-Thousandth letter of mine to Celestina”

The moment that the letter reaches Celestina’s hands…

Is the moment that the lethal bullet had entered into my skull.

Blood dripping into the floor, I don’t know which is more painful

The savage bullet entering my skull or seeing the woman that I love bursting into tears.

Suddenly, the letters of Ode filled with love and glee became a tragedy which I thought I'd only read in the literature of Shakespeare and Corneille.

Years have passed and the woman once filled with glee and love suddenly found her new home in Bedlam.

Once a woman wise beyond her years, suddenly became a subject of rumors about lunatics and witchcraft.

Despite my thousand letters being crumpled into pieces of tragedy.

The woman that brought stars to the night sky, Celestina, every day goes to a tree just outside of her window.

The same Narra tree where I sit and gaze at the beauty of my bright star.

And beneath that tree lies a time capsule.

A time capsule where the thousands of letters that I gave to her shall forever live.

In that capsule, our bodies and mind may fade but never the words and verses that I have written for her.

I may have died and Celestina might have lost her sanity but the love that we have shared in this lifetime will never ever fade away.

More than a hundred years later…

The year of Spotify, LSS, and auto-tunes...and yes it was the year after the biggest health crisis that has ever hit this century.

But Celestina is still the woman I love

And my name is Spencer, an up-and-coming indie musician.

They say that I am a heartbreaker and a young gun who does not bow down to any rule but deep inside, I am just another hopeless romantic who seeks for something...

Something I do not know yet myself.

I don’t know why but deep into my dreams, words and music suddenly come to me.

A woman named Celestina...who is she?

Who is this woman in my dreams?

“What is that giant Easter egg?” “No, you dummy,” said Celestine, my best friend, and the woman who inspired me to follow my passion for indie music.

“This is a time capsule” exclaimed Celestine.

Celestine gave me half of the letters and I pretended not to be interested but as I went home, I read the letters one by one.

These are the words and verses that play like music deep into my dreams.

END OF BOOK I

TO BE CONTINUED to BOOK II.

Wow! This was really touching, Miguel. I don't know how you felt when you were writing, but that guys death is really heartbreaking. You had used the prompt very well and I really like her name. And you have a lot of grammatical errors, which is relatively unimportant. When you have such a nice story, the grammar diverts you very much. I can pick you through some of the mistakes, if you are free, before the contest gets over, read your story aloud. Some critique: 1)Once upon a time, there is a woman named Celestina, her beauty is that ...

Will do tomorrow, Keertthan :) I'll drop by to your profile and read your new story.

Great story! The narrative fits really well with the prompt, it feels like the story itself was the time capsule as well and not just the capsule of letters.

Thank you so much for the review, Isabel! :) 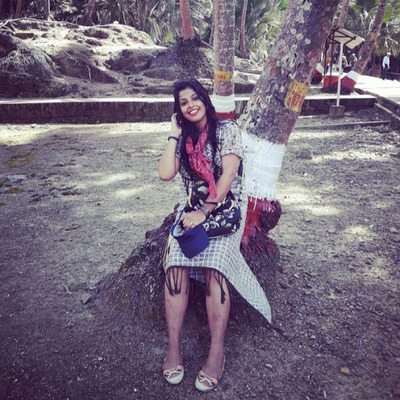 Loved the ending & how beautifully you have put it.

Thank you so much for the review! :)

This has the vibe of a fairy tale or a piece of classic literature. Colonial-era Phillipines is definitely a cool setting to explore. Keep it up! 😙

Oh, this was such a beautiful story, Miguel. Considering this is your first story on here, you've done such a great job! English isn't your first language and that's totally understandable, grammar mistakes prevail in every story haha this was really emotional and you've got such an innovative idea for the prompt. there are some mistakes you'd want to edit: "Once upon a time, there is a woman named Celestina, her beauty is that of a radiant sun. A sun so bright that has captivated me from the moment that I have laid my eyes on her." ...

We commented large comments in the same story!🤣

Thank you so much :) will take note of the comments and suggestions :)

Thanks, guys for your comments and suggestions :) Made the necessary revisions already :) Will make sure as well to take note of all your suggestions on my next stories.

The beautiful woman adorned with luxurious colonial-era Spanish clothing sips the phrase, adorned with Spanish era clothing, is a subordinate clause and needs commas on each side. Narra tree I was sitting from.- sitting on Spanish colonial-era home. - you are using this phrase regularly enough to break the reader's immersion. hurriedly hide to the back of the tree.- hid at you put everything else in past tense, so put hide in past as well. Go back and check the tenses on your verbs. You start going randomly back and forth betw...

Thanks for the in-depth review, Charles :) considering the points you have mentioned for the final version of the story. Appreciate it much!