The Aroma of Coffee

Submitted for Contest #61 in response to: Write about a character who smells something familiar and is instantly taken back to the first moment they smelled it.... view prompt

"Donny dear, can you do me a favor today?" Celia asked from the kitchen.

"I suppose so, what do you need?" Donny was sitting at the dining table outside on the patio drinking a cup of coffee.

"We need coffee, I used the last of it this morning. You remember the one we buy, right? The one in the blue package," she said as she was putting some dishes in the cupboards.

"Yes, of course, it's one of the few I actually like," he said, looking into the cup at the dark hot drink. He'd tried just about every brand of coffee that the store they shop at sells and this particular brand from Colombia was his favorite of them all.

"Okay, and could you also pick up …" and she rattled off a list of things she needed, quite a bit more than just coffee.

"Just a minute, sweetie, can you write me a list? I'll never remember all that," he complained, "I thought you said it was just coffee."

"Well, maybe a bit more than just coffee," Celia walked outside, handed him a list, and kissed him on his cheek. "You don't mind, do you?" She gave him another kiss and a smile

After the kiss, Donny said, "Of course, I don't mind, anything for you, my love". He pulled her down onto his lap and pressed his lips to hers, again.

At the store Donny had his shopping cart and had just about everything on the list, now he had only the coffee to get. At the shelf with the coffee, he took a blue package off the shelf, gave it a small squeeze, smelled the aroma, and something happened.

Everything changed! The store was gone and in its place was, well, what exactly was it? Donny looked around, completely lost, and disoriented. His head was spinning, but then his whole body was spinning around as he looked around in every direction.

"Hey! What happened?" he called out, but nobody heard him and nobody replied.

"Hey! Hello!" he yelled louder, still to nobody.

To himself, he said, "Something about this place looks familiar, but why? What kind of plants are these? They look familiar." He took a close look at the plants all around him and realized they were planted in straight rows, he realized he was on a farm of some kind. The weather was very warm and quite humid.

Then it hit him like a ton of bricks, "Oh my god! It can't be!" He remembered this place. It was where he was born, where he grew up, before his family relocated to the United States when he was only 9 years old. "How? How can this be? It's not possible, it's NOT POSSIBLE!" he shouted, but there was nobody nearby to hear him.

He walked through the coffee plantation, to where he could not remember. His memories of this plantation were not strong or vivid. He had no idea which way to go to get to a road, or a farm, or whatever was out here besides coffee plants. And he walked and walked some more, up one hillside and down the other. When he lived here as a child he never spent time out in the coffee fields, he was busy doing childrens things in the yard, the house, and other outbuildings of the plantation.

Eventually, he saw a house in the distance. He quickened his steps and before long he was almost running. He got to the front door of the house, a nice house - a masonry blockhouse, tile roof, full width covered wraparound porch, lots of potted plants and wicker chairs, even a couple of hammocks - a very comfortable house, he thought. He recognized the house, it was his family's house, the one he had grown up in.

A woman opened the door, "Welcome, Donaldo! Please come in!" She spoke English but with a noticeable Spanish accent. "Please, have a seat, would you like a cup of coffee? It's fresh, just roasted the beans this morning. From right out there," and she pointed to the coffee plants outside.

The woman seemed to be completely at ease with the stranger, as if they were long time friends.

Donny asked, "Where am I? This looks like where I grew up. How did I get here? Who are you?"

"This is your home, mijo, and you don't remember me," replied the woman as she placed a cup of coffee in front of him, along with a few crackers and cheese, but her voice had a tinge of sadness in it as it trailed off.

"This is excellent coffee, thank you," said Donny, "but, yes, I'm sorry, you're right, I don't remember you."

Ana replied, "Yes, of course you don't remember me, you were so young when your parents took you away. I am Ana, I was with your mother when you were born, and I've been here ever since. I helped you come into this world."

He finished the coffee and the crackers and cheese and was feeling physically better but still had many questions bothering him. Memories were starting to return to him.

"Come with me," Ana said to Donny and she led him out of the house, around the porch to the backyard and then to another building. Donny was noticing the yard around the house, it was beautiful, with lots of tropical and subtropical plants around the house, he was remembering chasing chickens around this yard, listening to frogs making their whisling croaking sounds, and trying to catch butterflies. The memories were returning.

"Donaldo! Is it true? Is it really you?" said a mustachioed man with dark eyes, black hair, and a very short stubble beard. "Let me look at you, yes, my how you've grown. Look at you, little Donaldo all grown up, Ana, doesn't he look good?"

"Were you expecting me?" asked Donny, still wondering just what in the world happened to him.

"Yes, or rather, we have been hoping for your return and we are so happy you are here. Let me explain to you," and the man took Donny through a building with coffee roasters, and people sorting the beans, and areas for washing them, and all the while explained how it was that Donny ended up in this magical place.

After the tour, they returned to the house and walked out and into the coffee field, and walked and walked. When they arrived at a particular place the next thing Donny knew was that he was standing in the store, in front of the coffee shelf.

He looked around, feeling strange, even guilty, wondering how long he had been standing there. And the entire time had he been like a statue? Did anyone notice him? He looked at the time on his cellphone and couldn't believe what he saw.

"Excuse me, can you tell me the time? I think my phone clock is somehow slow," he asked another shopper. That person told him the time and he saw that it was the same as on his phone.

He started to walk towards the checkout stands and was quietly talking to himself, "How can this be? I had to have been gone many hours, but the time hasn't changed but a few seconds. They said it was magical. But magic doesn't really exist, right? How can it?"

"What?" asked the lady in the line in front of him.

"Oh, excuse me, I was just talking to myself, wondering about something," he told her.

"Oh, I see you have that wonderful coffee, that's my favorite brand," she said when she saw the blue package in the cart.

"Hmm? Oh, yeah. Yes, it's my wive's and my favorite as well," and he went on and described the way a coffee plantation operates from growing to selling, he explained everything to the woman.

"Wow, it sounds like you've actually been there, have you?" she asked.

"Well, as a matter of fact, I have, and it was wonderful, even magical, you might say," he said with a big smile.

When he got home he had to decide if he should say anything to Celia about the weird, fantastical journey, and he still hadn't come to a decision when he entered the kitchen.

"Hi sweetie, did you get everything on the list?" asked Celia as she gave him a hug and a kiss, and she noticed something about him that was somehow different.

"Yes, darling, I got everything. Can you make me a cup of coffee, please?" he asked her.

"Yes, of course, I think I'll have one, too," she said, still holding on to him. "There's something different about him, a scent? I'm not sure," she thought to herself. And Donny suspected that she suspected something was different.

Celia opened the package of coffee and when she smelled the aroma of the coffee she immediately knew what it was she smelled on her husband - coffee!

"Donny, why do you smell like coffee? In particular, this coffee? What did you do? Squeeze the bag to get the scent on your shirt? Couldn't you wait until you got home?" she was joking as she was asking him.

Laughing with her, he replied, "Very funny. As a matter of fact, you won't believe what happened to me when I got this package of coffee off the shelf in the store…" 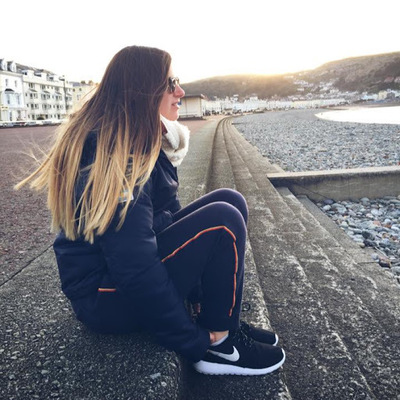 I loved the story! I felt that I was part of it and I imagined myself smelling a cup of coffee and everything it reminds of.

Thank you, much appreciated.

This is a really great story!

Thank you, I appreciate all opinions and suggestions about my writing, I'm new at this. :)

"Delightful" is the best word I can use to describe this story. As soon as I read the title, I thought, "What could be better for a prompt involving either scent or nostalgia than coffee?" This story is just fun and so emotionally touching. I love the relationship between Donny and Celia in the beginning, when she's asking him to go get "a few things" from the store. After that it just becomes more heartwarming. Respectfully, the only thing that I would suggest changing is the phrase, "a ton of bricks." The story is so original, and ...

Thank you for your comments, I agree with you about using that cliche, I removed from my saved version. I appreciate all comments from everyone, thanks.