Submitted for Contest #61 in response to: Write about a character discovering something new about their past that changes how they remember an important moment.... view prompt

Again, I wrote this story in-between my class periods, but none-the-less I hope you enjoy! This prompt fits perfectly for what I wanted to do for this part!

"Jordan, your left!" I yell over my shoulder, as Jordan sends a emerald blast towards a few zombies. She missed a few, but Kat sent a baby pink blast of her own towards them. I blast a purple blast myself in front of me, knocking out some more zombies. Allister had left us to take care of the zombies he made! And he had the guts to not even help! Thinking about it made me want to scream. But that would do no good, would it?

We kept fighting off zombies as the school towers started to crack and crumble, zombies pouring into the classrooms, the dorms, and everywhere into the school. First day, and it's already turned into a complete disaster! By this rate, the crystal school would be gone in the next ten minutes.

Now, we were tired, our body aching from shooting so many spells. We backed up, surrounded by the zombies. They were coming in. No, I thought, I can't die, not yet...

A shadow emerged from behind the zombies. The flowing silhouette whispered in my ear, "Becanaro," she whispered. At first, I didn't understand. But then I realized what she meant.

I hope this works, I thought to myself.

"We did it!" exclaimed Kat excitedly.

"You sure?" asked Jordan, pointing to the ruined school. Debris littered the once-perfect grass, now filled with dug-up holes.

"You're forgetting something," said a voice from behind us, "You're attending a magic school." Headmaster Gonzalez smirked.

Classes resumed the next day, the school back to it's mint condition. All the teachers casted a spell together, and built the school back together in time for dinner. Everyone was a bit shaken after yesterday, so they decided for classes to end after lunch. I grab my salad, and sit down with Kat and Jordan at the same table as yesterday at the cafeteria.

"Hey!" says Jordan, "Can you believe how fast they repaired the school?"

"Yea, it's insane!" said Kat. I nodded in agreement as Allister walked up to us.

"Uh, hey everyone.." he mumbled, sitting down, "Look, I'm sorry I left you guys hanging there, I went to go get help, but by the time I came back, you guys took care of all the zombies..."

"It's fine," I say, even though I was still a bit mad, "How'd you even get that potion to begin with?"

"During Alchemy, I was making the assignment, but put in the Death petals instead of the Anderson ones. I kept the potion with me though, and made another one for the assignment." explained Allister.

"How come you aren't expelled though?" asked Jordan.

"My dad is the head of the Magic Council, everyone's scared of him. Which is why Tyler was picking on me yesterday, he was from my old town. He was always jealous of who my father was, so he's been picking on me since I was seven."

The library was huge! The room was decked head-to-toe in shelves filled with different kinds of books (some even floating off the shelves!) In the corner was an old lady, sitting at an even older desk. She didn't even take her eyes off the monitor on the desk.

"There are floating books?!" I asked, in wonder.

Allister nodded, "This is one of the oldest libraries in the whole magical world! You wanna find out anything, it'll be in here."

I head over to the computer and search up, "Andersons." One book popped up. I clicked on it, but it said it was in the restricted section.

"Who are the Andersons?" asked Kat.

"Whoever they are, the school doesn't want us to know." said Jordan, determination of her face.

"Shouldn't we respect the school's wishes thought?" asked Allister, "We shouldn't break the rules, they have a place for a reason."

"Some rules are made to be broken," I say, calmly, starting at the screen, "I need to know who the Andersons are, and why they share my last name."

For the next week, we brainstormed ways to get into the restricted section. Allister found a potion that turns you invisible, if I drank that, then I could sneak out after curfew, grab the book, and run back to the dorm. It was almost foolproof.

"Unless someone is in the library, or you bump into someone," said Jordan pointed out.

"That's not going to happen," I said, confidently. Right before the dorm room doors shut, I drank the potion, and ran through the hall.

"Got it!" I exclaimed, thirty minutes later. I opened the book on the table, and read..

The Andersons are a family, which accomplished many things. Caroline Anderson was one of the most accomplished, along with her husband, Mark Anderson. They met at Magic Academy, and became the best students there. They fought against many evil wizards and mages, the last one before retirement being Silver, whom killed more than 2,000 wizards and mages, which started the First War. During this, Caroline and Mark had defeated him (Ages 15), for thirteen years at most. When the spell broke, radiation flooded the Grand Canyon, for unknown reasons. Silver came back to life, and vowed to take their daughter, Baby Brooklyn, to the grave. Caroline didn't want her baby girl to die, so she sacrificed herself, right at the Grand Canyon. Mark didn't know of this, and died of a heart attack a few months later. People rumor that their daughter fell with Caroline the day of the sacrifice. Other say she's still alive, and will defeat Silver, once and for all.

We all froze. The truth about my past, was darker than it seemed.

Part 5, Then The Final Part?? What do you guys think?

yEs ThIs NeEdS a FiNaL pArT go figure, your parents are still alive, but they get a book written about them...that must be special lol

XD Idk if I'll write a final part, I lost interest in this series a while ago, but maybe~~ ;)

NO! Unacceptable! you really should! (reminds me of how I lost interest in my Legions of Legends lol) 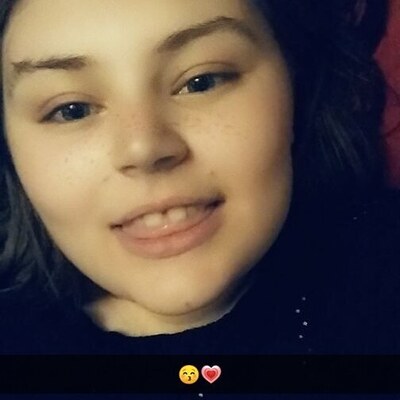 I love this so much! I absolutely love your description, you're very talented!